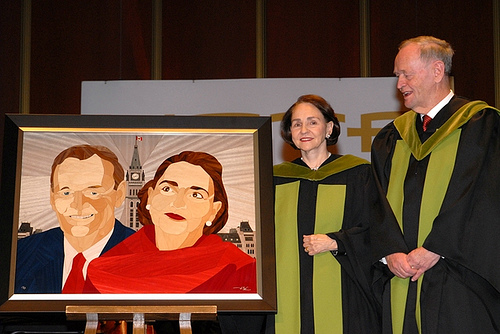 On the one hand, Quebecers seem to be warming to Liberals/federalists:

The latest Léger Marketing-Le Devoir survey, taken between May 13 and May 17, attributes 37 per cent support to the Liberal party of Canada 37, against 33 per cent for the Bloc.

And on the other, they seem to be turning away from them:

The strength of the Parti Québécois among Francophones would have carried Pauline Marois to power had elections taken place in the middle of May in Quebec.

Throw in massive government deficits, high unemployment and crappy U2 albums and, pretty soon, it’s all easily explained: The nineties are back with a vengeance.