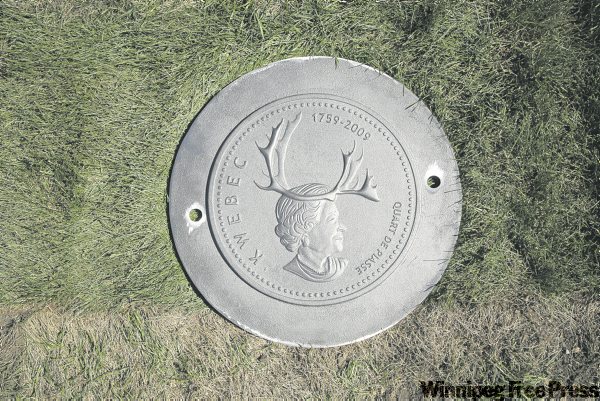 The picture to the left is a decorative manhole cover designed by Quebec City-based artist Martin Bureau. It’s basically what happens when you morph both sides of a quarter: the Queen, only with antlers instead of a crown.

Of course, Quebec being Quebec and the Queen being the Queen, the piece is unapologetically political: The inscription reads, “Kwebec, 1759-2009, Quart de piasse,” and the antlers represent Lizzy’s prize for colonizing the province.

It was originally set to be installed in the capitale nationale alongside others to mark Quebec City’s 400th anniversary.

But then it was banned.