The trinity in Toronto’s Trinity Spadina

The Toronto riding of Trinity Spadina has a trinity of women running and one dude from the Green Party. They recently partook in CTV organized debate in the Moonbean coffee café in the heart of Kensington Market. (Left to right) NDP MP and incumbent Olivia Chow, Liberal candidate Christine Innes and Tory candidate Christine McGirr. 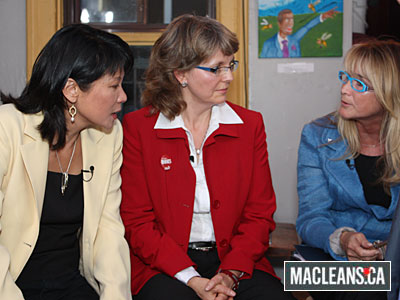 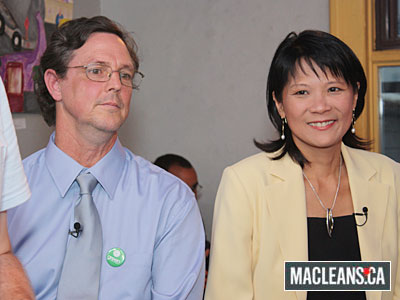 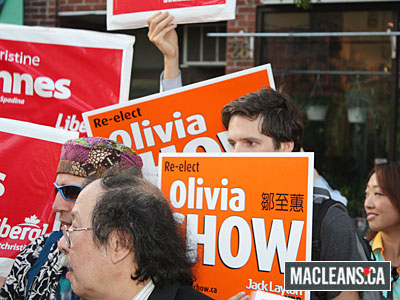 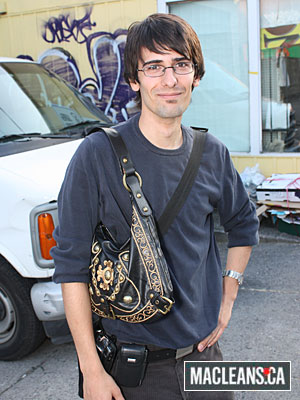 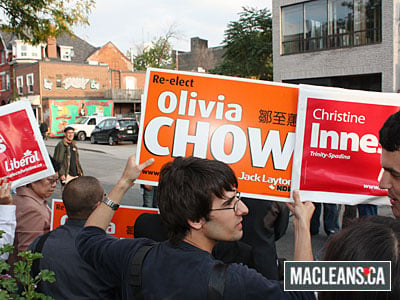 Drew with his girlfriend Denise Lam, who works with Bob Rae. 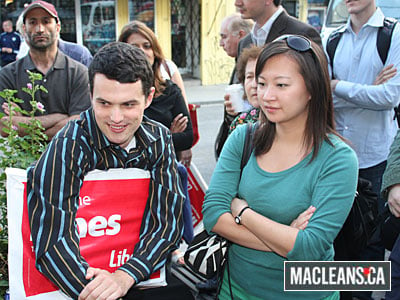 Innes with Liberal youth movers and shakers: Jay Telegdi (left) and Brian Clow, who is VP Finance for the Young Liberals of Canada. 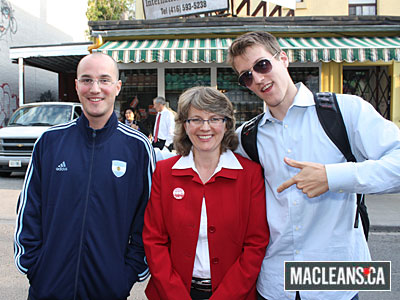 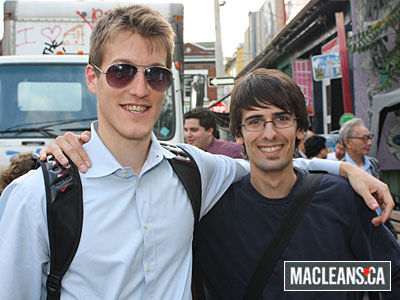 Later the Liberals had a get together on a bar patio. Calgary Grit blogger Dan Arnold (now in Toronto) was in attendance. 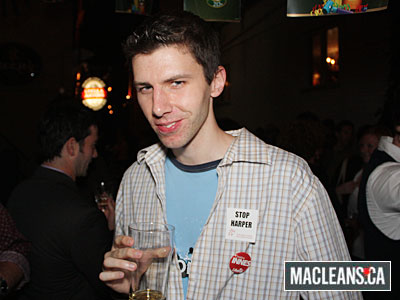 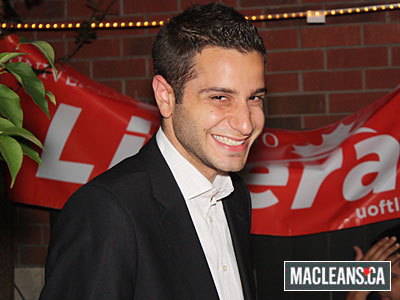 The Young Liberals handed out condoms that said: “Make Love, Not Conservative Governments.” 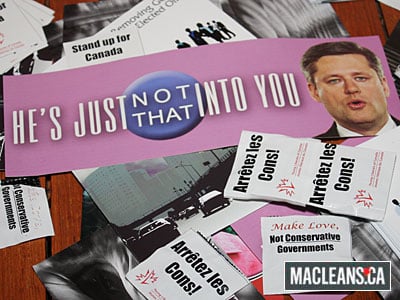 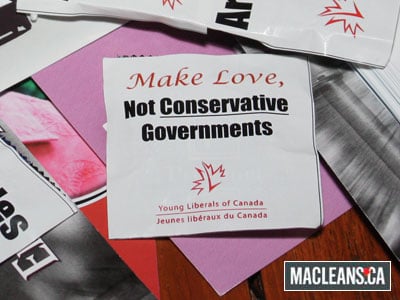 Innes brought her husband Tony Ianno, the former Liberal MP who lost to Chow in the last election. 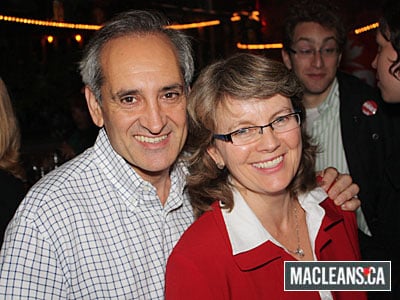