The trouble with Quebec politics, in a nutshell/by-election

Voters in Bonaventure could punish the Liberals on Monday. But they won't. 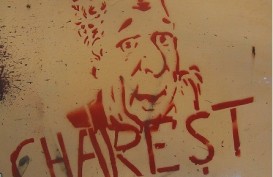 Here’s your Friday afternoon understatement : Jean Charest’s Liberals aren’t popular these days. The government has encountered a number of scandals over the last year and a half, the mother of all of which—collusion and corruption in the provinces construction industry—has stuck to the Liberals largely because of Charest’s disastrous mishandling of the file. (To wit: for two years he said no, forget it, pas de chance to an inquiry into the industry… only to allow it, but not before the issue thoroughly stained Charest himself and, arguably, the Liberal brand.)

If there has ever been a time for a bellwether by-election, it’s now. You know, one where voters demonstrate their ire towards the government by electing a candidate from the opposing party, regardless of who it may be, and regardless of past voting history or traditional party alliances within the riding. A mini-revolt against the dreary status quo, in other words. And look at that! There’s an opportunity for as much in less than 72 hours!

Bonaventure, on Quebec’s south shore, is perfect for such a thing: with three brief exceptions, it’s been held by the Liberals since 1892. Yet there is a nationalist bent there as well: the no side won by a scant 845 votes in the 1995 referendum. So it’s not like péquiste/sovereignist types are a pariah or anything. So, people of Bonaventure, go to it. Elect yourself a nice-looking, educated, pre-Movember-stached péquiste! Stick it to Charest! Rob the Liberals of one of their strongholds! Yay democracy!

Because in all likelihood, in the face of all its various cockups, scandals and all-around lack of inspiration, the Liberals are going to win Bonaventure by a country mile on Monday. This poll has the Liberal candidate, Damien Arsenault, ahead by 14 points. Why, you ask? Maybe Arsenault is better known. Maybe the PQ’s candidate is too hirsute for the people of Bonaventure. Or maybe it’s just the latest chapter of an old Quebec tome: the Liberals, unpopular and inept as they may be, slip by on account of the persistent infighting, backstabbing and chronic unforced errors on the part of the PQ.