This can't possibly come as a surprise to anyone 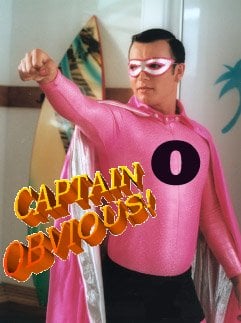 Pauline Marois is perceived to be a snob, a politician who doesn’t think on her feet, one who’s incapable of encapsulating her message for electronic media. Voters believe she doesn’t share their problems, they find her hesitant. Some of the decisions she made as minister are still a ball-and-chain.

The advisers don’t beat around the bush when summing up the Parti Québécois’s chances outside the greater Montreal region. A visit to the 17 administrative regions is “obligatory,” but the Marois campaign “will have to adequately target our visits and spend the better part of our time in the regions of Lanaudière, Laurentides, Mauricie, Centre du Québec et Montérégie.”