This year's biggest names: A peek at our 2014 Newsmakers issue 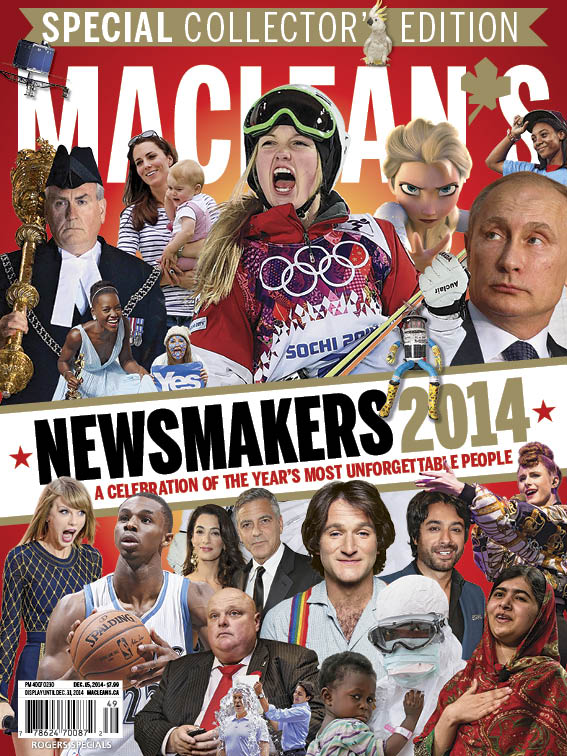 Winners and losers. Charmers and chumps. Heroes and villains. 2014 was a year marked by major news developments, rising stars, massive deals, national tragedies, watershed moments, roiling conflicts, unholy unions, and comeback narratives. Over the last year, Maclean’s has been there for it all, and as we enter 2014’s final month, we look at where we’ve been so that we can take stock and have a better idea of what comes next.

Our annual Newsmakers issue is full of detailed lists and incisive thoughts on the people who made it the year that it was:

– From a Calgary pop queen to a new action hero, we look at who arrived in 2014;
– Hong Kong vs. China, the prime minister vs. the chief justice, Gamergate, and the other feuds that defined the year;
– A rogues’ gallery: Ray Rice, Cliven Bundy, and the new faces of villainy;
– A review of the biggest viral videos and the most laughable Twitter fails;
– Deep profiles of the five biggest newsmakers of the year—and much more.

The 2014 Maclean’s Newsmakers Issue. Now on digital platforms and newsstands.