Thomas Keller is coming to Toronto 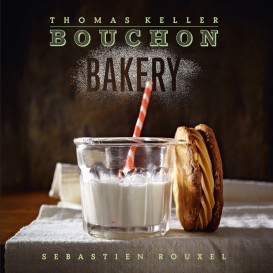 Thomas Keller, the only American chef to simultaneously win three Michelin stars for two different restaurants (The French Laundry and Per Se)–and the executive chef and designer for the animated film Ratatouille–will be in Toronto on Oct. 30 for a special event hosted by the Cookbook Store. Manager Allison Fryer will conduct an onstage interview, followed by a question period with the audience. Guests will also be able to have copies of Keller’s new cookbook, Bouchon Bakery, signed.

We’ll be at the event to hear Keller talk about his fifth book, co-written by his executive pastry chef Sebastien Rouxel, and to ask his fans which of the 150 recipes they’ll be attempting first.