Tibet Rally on Hill: MPs, an athlete and serious nails

A large gathering of Tibetans and their supporters arrived on Parliament Hill to mark the 50th anniversary of the Tibetans revolt against China’s invasion that resulted in the Dalai Lama fleeing to India into exile. 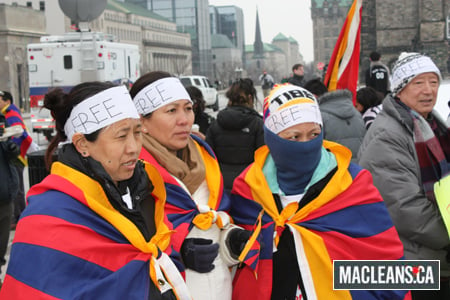 Former National rower David Kay spoke at the rally. He decided to cycle across Canada in an attempt to raise awareness about Tibet before the Olympics in Beijing last summer. He was upset more athletes did not speak up about China’s spotty human rights record. 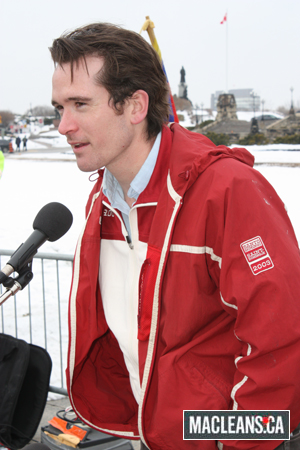 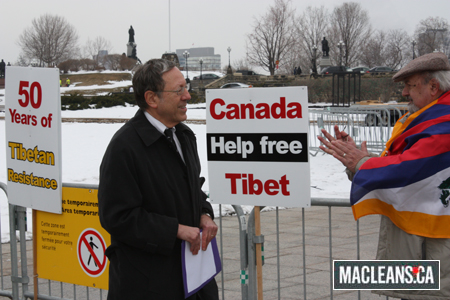 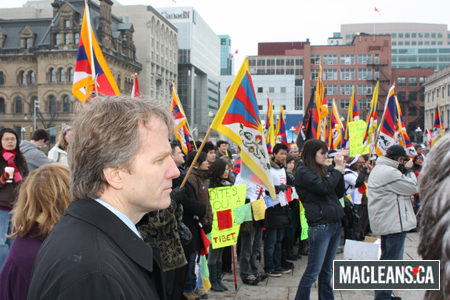 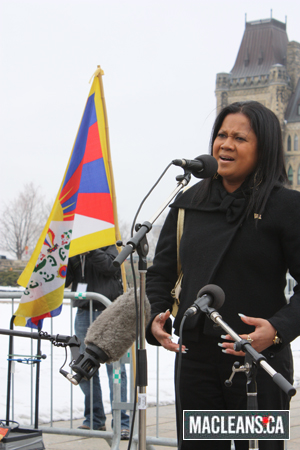 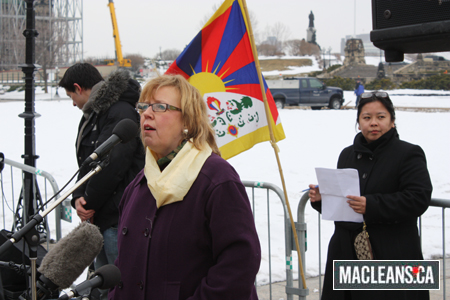 May with Bloc MP Meili Faille. 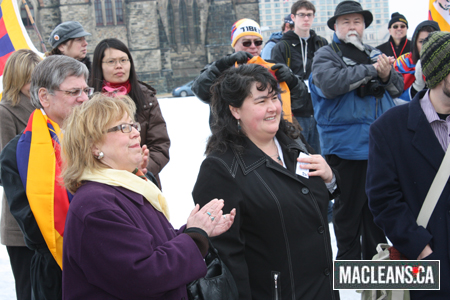 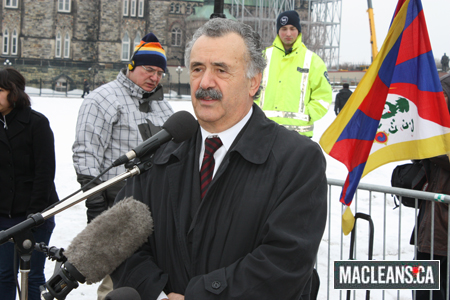 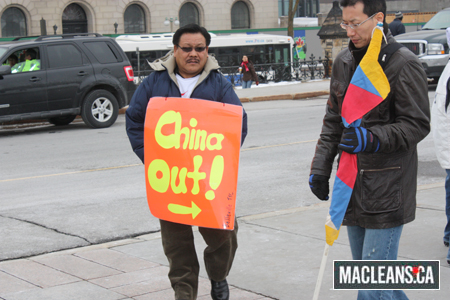 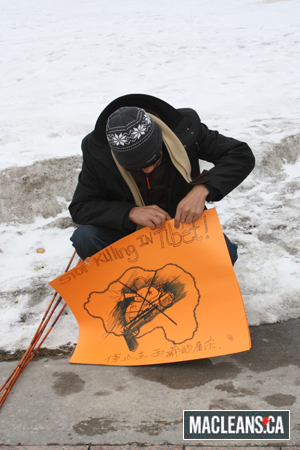 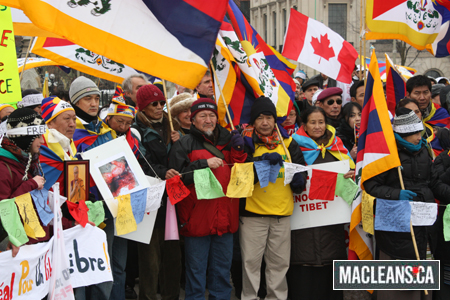 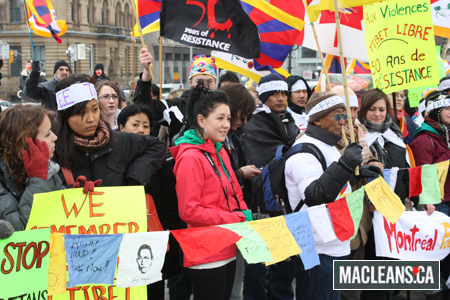 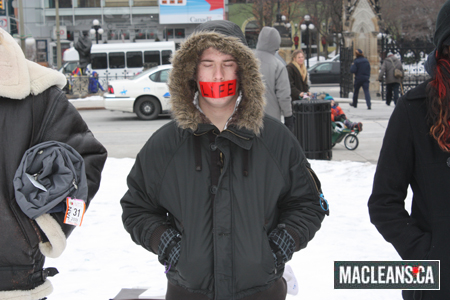 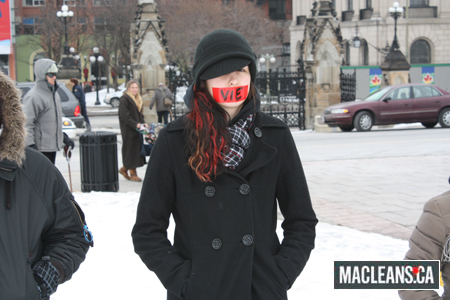 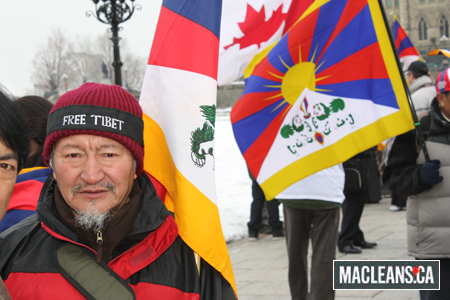 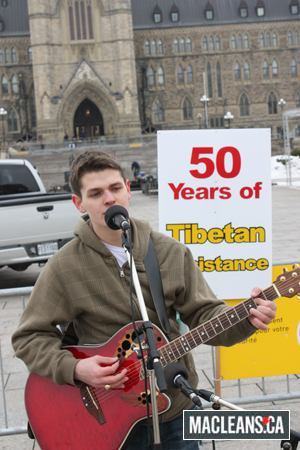 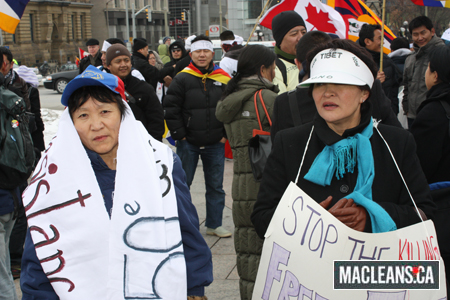 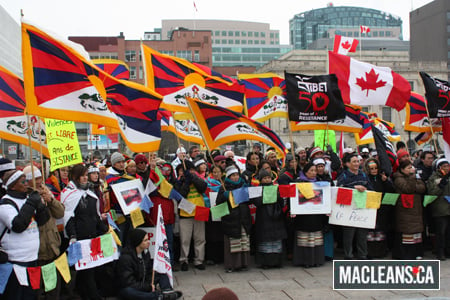