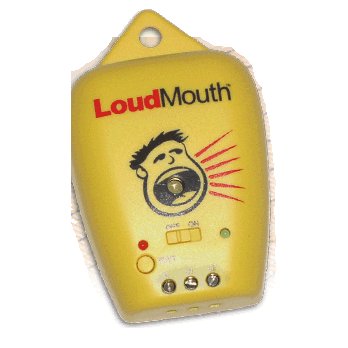 Opinion is a fleeting thing in these fluid days of the Otta-brouhaha™. This morning’s columns, some of which raised the doom-and-gloom spectre of a full-blown ‘national unity crisis’, seem rather quaint since Michaëlle Jean acquiesced and gave parliamentarians a six-week holiday. Still, as Le Devoir’s Michel David points out in a prescient column today, today’s prorogation “only postpones the inevitable” and, at the very worst, only extends what David calls Stephen Harper’s “dangerous game” of flogging the national unity issue for political gain. “When passions arise, nuance disappears,” David writes. “The words ‘separatist’, ‘Québécois and ‘Francophone’ quickly become synonyms. It only takes one instance during a pro-Conservative rally for a bunch of fanatics to stomp on the Quebec flag, like what happened in Brockville in 1989, to put fire to gunpowder.”

La Presse’s Vincent Marissal, meanwhile, is succinct enough: “”Stephen Harper decided to save his skin and his government by launching a war against the sovereignists, a risky strategy that will only mean a loss of Conservative support in Quebec.” He also notes, with a certain amount of humour, that the last Prime Minister to take to the airwaves to beg for his job was Paul Martin in 2005. “The biggest difference between [Martin and Harper] was that the former Prime Minister apologized to Canadians and asked for a second chance. What did Mr. Harper say to Canadians last night? I’m the Prime Minister, I’m staying, and if you want to replace me it will be through an election, probably early in 2009.” Huzzah!

Alain Dubuc writes a ‘Yes, but…’ column in which he says, yes, Harper is responsible for all this mess, but it isn’t the role of the opposition to overthrow the government–if it can make the government fix its mistakes. “That’s what is going on right now. Already, the Conservatives have removed the most unacceptable items from the budget, and in the face of this obviously united opposition, it will have no choice but to put forth a budget that is acceptable.” Dubuc further chastises the Liberal-led coalition for having to rely on the Bloc for support “not because they are separatists, as the Conservatives parrot, but because it will mean a centre-left government, the program of which doesn’t have democratic legitimacy.”

“Imagine for a second that you are an English Canadian from the west,” begins Le Journal de Montréal’s Richard Martineau today. “Yeah, I know, it’s hard, but try anyway. You are smelling the sweet odor of gas, sitting in your pick-up, an Alexander Keith between your legs.” [Apparently, Martineau doesn’t know that any Albertan worth his pick-up and cowboy hat only drinks Pilsner Beer while driving, but I digress…] “Wouldn’t you be mad as hell, seeing the Bloc, a sovereignist party that wants to break up the country, participate in the crowning of the Prime Minister? […] This stunt is as old as the world. I call it the cowardly husband strategy. You want to leave your wife but don’t have the courage to go through the difficulty of separation? So you act like a dog and wait for her to kick you out.”