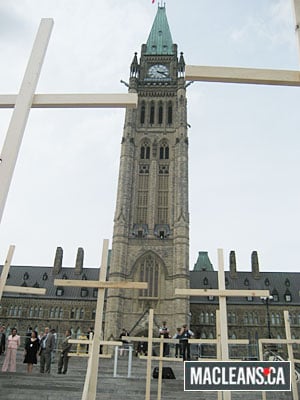 Parliament Hill was covered in wooden crosses symbolizing the lives saved thanks to Vancouver’s safe-injection facility, Insite. Protesters wanted to send a message to keep Insite open. The government wants to challenge the courts, which said Insite could stay open without a federal government exemption. The Feds also said they may consider letting Quebec open safe injection sites. Hey, this government promised transparency, not consistency! 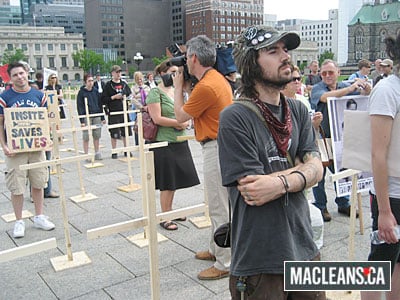 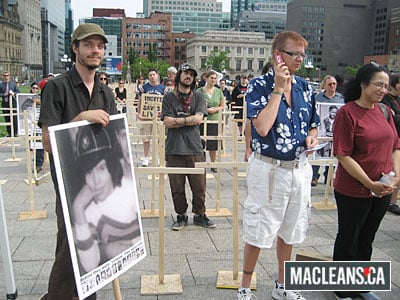 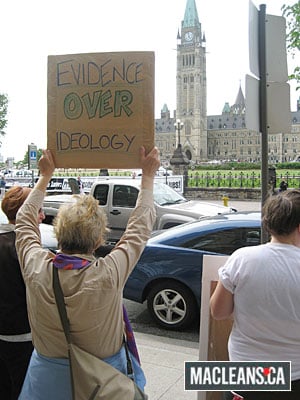 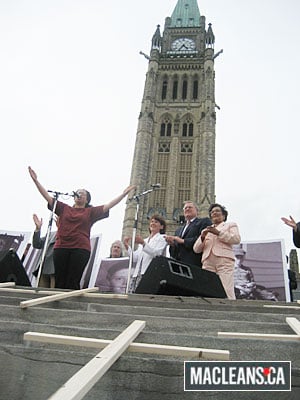 Large photos of junkies as babies were held up and smaller pieces of paper with their pics were handed out. 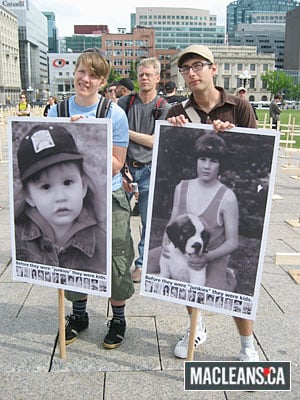 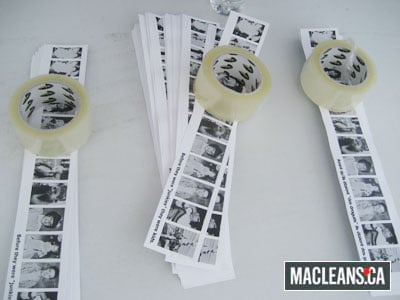 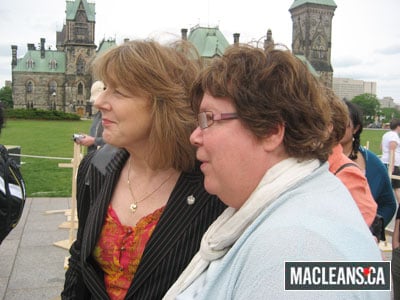 Davies and one of the younger protesters. 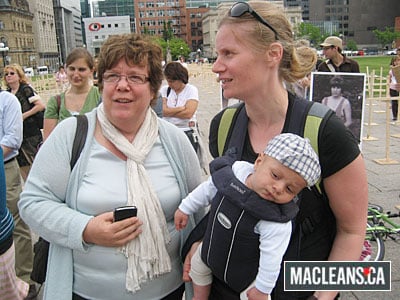 Liberal MPs on the steps to Centre Block. 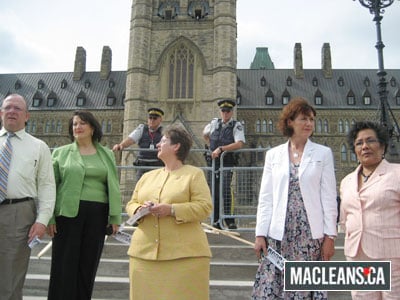 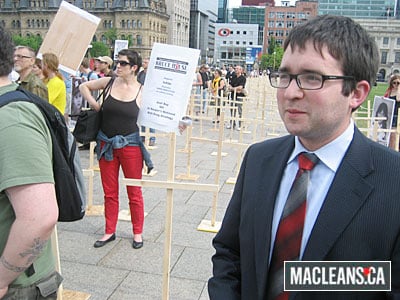 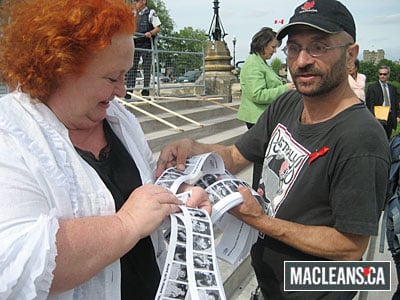 Performer Joey Only took to the podium with his guitar after the speeches. 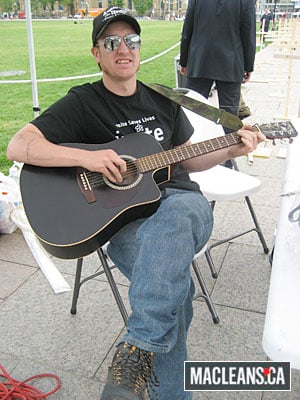 Jason Kenney aide, Alykhan Velshi, had to walk through the protest to get to the PMO for a meeting. 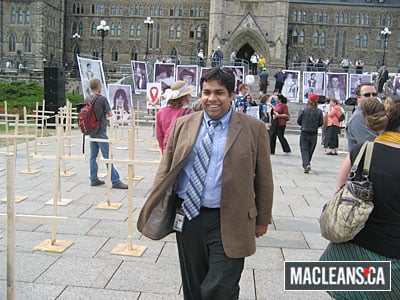