As things wound down on Parliament Hill, Conservative MPs took on their staffers in a flag football match in front of the Supreme Court. The MPs beat the staffers 8-7, with Public Safety Minister Stockwell Day getting the winning touchdown. 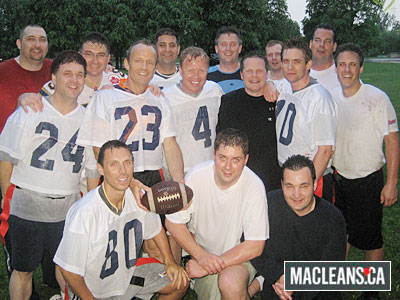 Tory MPs Ron Cannan (left) and quarterback Mike Lake of Edmonton. Cannan’s wife barred him from playing after the B.C. MP suffered an injury during a soccer match against European ambassadors and their staffers. 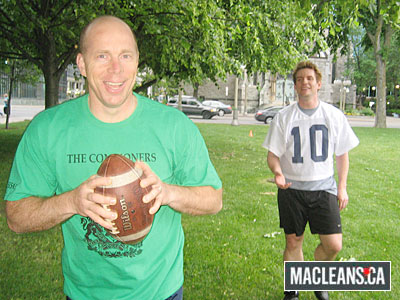 Lake and Calgary MP Lee Richardson’s aide Jeff Henwood. The weather got cold and rainy, but the Tories played on. 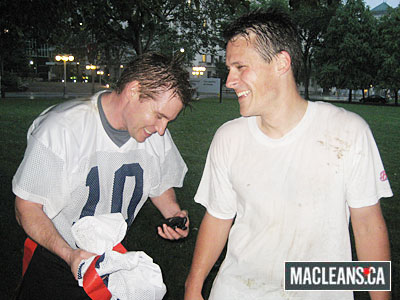 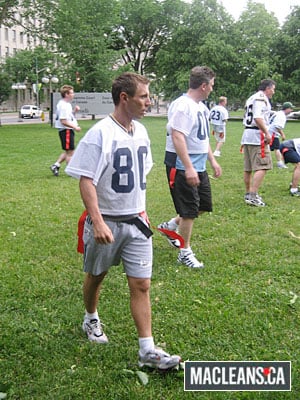 Ottawa area MP Pierre Poilievre shows how he suits up for a game. He just watched for a bit. 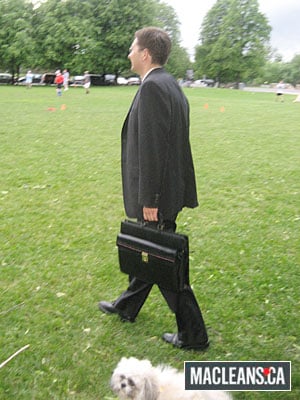