We apologize for any misunderstanding 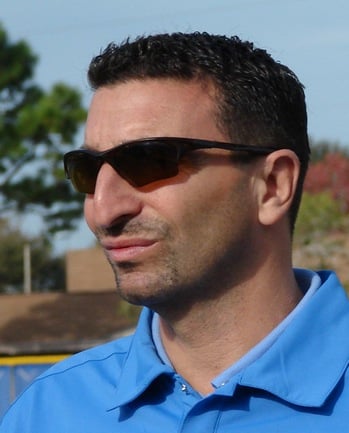 Blue Jays general manager J.P. Ricciardi wants to set the record straight. According to team sources, the man with the seven-year plan is preparing a press release that he hopes will clear up all the recent “confusion.” The Prime Minister’s office is still reviewing the wording, but Maclean’s has obtained a draft copy:

As you know, the past two weeks have been a bit, well, shocking. Ten wins in a row!!! Twelve games over .500! I must admit, the whole thing has been such a roller coaster that I can’t even see straight anymore. The other day, I could have sworn Cito Gaston was sitting in the dugout. How crazy is that?!

Anyways, I think it’s only proper that we in the front office clear up all the confusion before somebody gets hurt. Ladies and gentlemen, despite what you’re seeing, THE TORONTO BLUE JAYS ARE NOT TRYING TO MAKE THE PLAYOFFS. I repeat: WE ARE NOT IN THE MIDST OF A PLAYOFF RUN.

Yes, our effort of late has been extraordinary. The boys are finally beginning to hit. A.J. Burnett—auditioning for a big off-season payday—is collecting more srikeouts at the plate than I do at the bar. And the last time I checked, we’re a respectable 7 games back of Boston for the American League wild card. Who knows, right? Bigger miracles have happened.

Well…give your friggin’ head a shake. This isn’t Colorado.

What you’re actually witnessing, folks, is no different than what you see every September: a Blue Jays squad—with no pressure to win because they’re too far behind the division lead—teasing their television audience (and the 400 people who still bother coming to the Rogers Centre after Labour Day). We have no intention of playing in October; we’re just trying to provide our fans (and Rance Mulliniks, a.k.a. El Predicto) with that little flicker of hope for next season. When we break your hearts all over again.

Now, don’t misinterpret what I’m saying. You’re allowed to dream. Heck, you’re even allowed to display bad judgment once in a while (or as I call it, “pull a Frank Thomas”). But please, please, please, don’t let our fluke of a streak interrupt your lives. Especially this weekend, when we go to Fenway Park for a four-gamer against the Red Sox. I don’t want to hear any of that “if we sweep, we’ll be three games back” kind of talk. You’re only setting yourself up for disappointment.

Anyways, thanks for your time. I hope things are clearer now. And just so you’re aware, deposits are currently being accepted for 2009 season tickets. As always, the package includes guaranteed rights to playoff seats.

Not that you’ll need them.