Man of the hour? Jason Wu 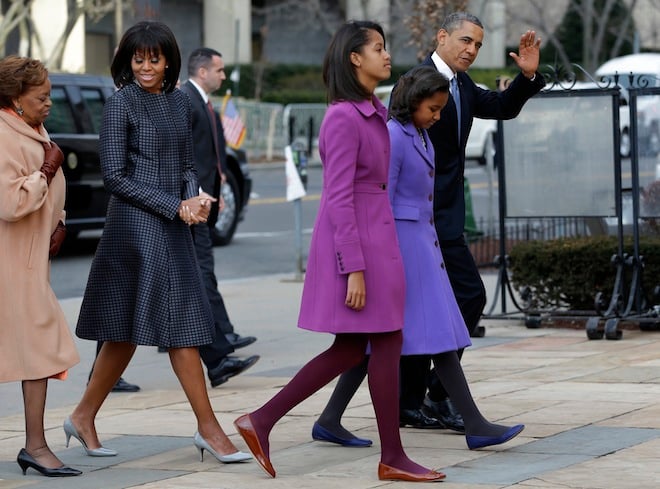 President Barack Obama, waves as he walks with his daughters Sasha and Malia, first lady Michelle Obama and mother-in-law Marian Robinson, to St. John's Church in Washington on Jan. 21, 2013, for a church service during the 57th Presidential Inauguration. (AP Photo/Jacquelyn Martin)

By now you know that Michelle Obama wore Jason Wu to ball after ball on Monday night.

Again from a White House official: the First Lady wore a navy Thom Browne coat and dress as she walked into St. John’s Church in Washington on Monday morning.

The fabric of the dress was developed based on the style of a men’s silk tie. Her belt and shoes are also from J.Crew, her cardigan is designed by Reed Krakoff and her necklace is designed by Cathy Waterman.

As stunning as she looks today, Michelle Obama won’t be able to replicate her look. “At the end of the Inaugural festivities, the outfit and accompanying accessories will go to the National Archives,” said a White House official.

FILED UNDER: Barack Obama What she wore