What the budget means for Quebec 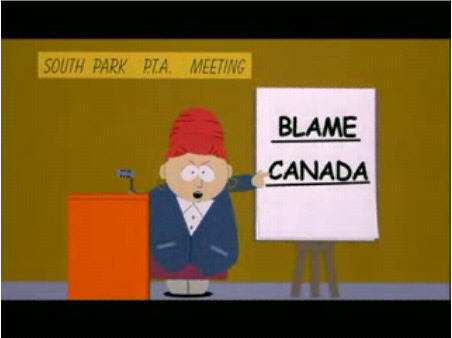 Budget day brought mostly bad news for the province: The cap on equalization stayed in, the boost in EI benefits was meagre, and the feds said they would forge ahead with a national securities regulator. Granted, there was some cash doled out to the forestry sector and Quebec will benefit from some of programs to shore up manufacturing. But the real winner at the end of budget day is Ontario. Whereas Quebec was once the object of Ottawa’s affection, Dalton “small man of Confederation” McGuinty (a.k.a. Premier Dad) is finally getting a bit of love from the Tories.

What it means in the short term is that Ontario’s name will likely be added just below Ottawa’s on Quebec’s hit-list. The budget is an implicit declaration that not Quebec is where the Conservatives expect to make gains in the near future and that Quebec, unlike Ontario, should expect to have to fend for itself for the better part of the recession (or however long the Harper government hangs on). As a result, Jean Charest won’t be inclined pull the Captain Canada suit out from the furthest recesses of his closet any time soon. In fact, the backlash has already begun.

Exhibit A—Charest’s reaction to the budget and the cap on equalization:

Beyond the numbers, there’s an important principle at play here […]: How does the federal system work? Does it work in a unilateral fashion or in a federal fashion?

If Mr. Harper has dumped Quebec, that’s too bad for him because he’ll find himself in an election soon. Perhaps he’ll need the ridings he has in Quebec. As for us, we’ve done our homework, and we’ll keep pressing. […] You win some, you lose some. But we intend to keep pressing on our demands in order for the federal government to understand and for certain federal parties to understand.

What we’ve surmised, in essence, is that federalism is profitable for Ontario and Alberta. That said, when the time comes to pay back the deficit, Quebec will be on the hook just like everyone else.

Mr. McGuinty didn’t support the idea Ontario took home the jackpot at Quebec’s expense. According to him, the ties between the two provinces are so tight that whatever benefits one also benefits the other. That’s interesting. He’ll have to explain to us one day how the establishment of the Borden Line, the relocation of corporate headquarters to Toronto, the sale of the Montreal Stock Exchange and the rest benefited Quebec.

It’s true that the economic crisis is affecting every region of the country, including Ontario. But Mr. McGuinty’s exuberance was in sharp contrast to the chilly reaction of the Charest government’s spokespersons, even if Premier Charest was a bit more positive than Monique Jérôme-Forget, who had made very lucid political observations about the federal budget on Tuesday.

The finance minister, who knows something about numbers, saw very clearly that the 10 Quebec ridings the Conservatives had a tough time hanging onto don’t carry the weight of the 51 ridings they won in Ontario during last fall’s election.

Charest is going to find little incentive to back down on his demands. With the coalition all but dead, the Bloc will be looking for any battlehorse it can find and will encourage Charest to use his majority in the National Assembly to add to the list of grievances that make up the “Quebec consensus”; the PQ, as it always has been, will also be itching for a fight with Ottawa; and the cut in equalization payments from where they’d been expected to be allows the premier to pin the blame for a future deficit in the province on the feds. In short, what the budget means for Quebec is some relief for forestry and manufacturing, but it mostly means a ratchetting up of the tension between Quebec City, Ottawa and Toronto.