ANDREW COYNE: Because she's a woman? Or because the government's too fat for its own good? 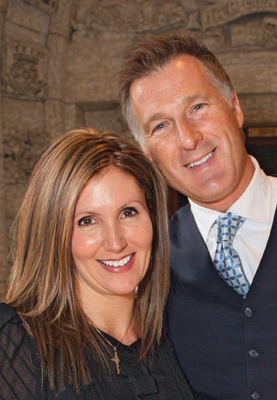 Until recently I had not properly grasped what was behind the spectacular fall from grace of Helena Guergis, the former minister of state for the status of women. I had thought perhaps it had something to do with her equally spectacular underperformance in the role, coupled with her penchant for embarrassing the government at regular intervals, either in her own right (hello, P.E.I.!) or with the help of the prolific letter-writers on her staff—and, at the very end, her husband, Rahim Jaffer, and his dodgy business associates.

Wrong, wrong, wrong. As wiser heads than mine have explained, it’s because she’s a woman. As the Toronto Star’s Susan Delacourt observed, “it isn’t easy to be a female cabinet minister in Prime Minister Stephen Harper’s government.” After noting the difficulties encountered by Rona Ambrose, Lisa Raitt and Diane Ablonczy—all still in cabinet, mind, notwithstanding their womanhood—she turned to the hapless Maxime Bernier, the only previous minister to be turfed from cabinet, though unlike Guergis, not from caucus. “A case,” Delacourt asked, “of different discipline for different genders?”

Maybe. Or maybe it’s because he was not suspected of having committed a crime. All we can know with certainty is that, unlike a man in the same position, the female politician who comes under criticism, on whatever grounds, can always rely on the support of a well-rehearsed chorus shouting “sexism.” Mind you, sometimes it takes some work. After failing to coax former B.C. finance minister Carole Taylor into joining the refrain (“I think she was treated the way we would treat a guy that did such foolish things”), the Globe’s Jane Taber found a women’s shelter director from Alberta to insist Guergis was an “awesome minister” who had done many good deeds, like funding women’s shelters. The moral of the story? “It’s pretty hard to be a woman in politics today.”

I suppose it is. But it’s a stretch to draw that lesson from Guergis’s demise. If anything, being a woman helped her. It’s hard to imagine she rose as far as she did on her talents alone, though geography probably played as much a role as gender. Which takes us closer to a “deeper” explanation for the Guergis and Jaffer affairs, beyond the obvious part played by their own foolishness. Both are in their own ways the by-product of a government that has grown too fat for its own good, or the country’s.

Jaffer, first. Whatever may be the truth of his relationship with Toronto financier Nazim Gillani, whose alleged business interests, besides blackmail, fraud and busty hookers, include “obtaining grants and loans from various government bodies,” we have it by Jaffer’s own account that he was no less successful, as advertised on his newly decommissioned website, at “securing support from the Canadian government.” And whether or not he actually enjoyed the kind of access of which he apparently boasted, what is certain is that he could have had no ability to siphon government funds into private pockets where none was available.

But of course the federal government has become a vast spigot of this kind of thing, providing billions of dollars every year in subsidies to businesses, trade associations and other private groups. Just to list the “grants and contributions” over $100,000 takes up more than 280 pages of the Public Accounts of Canada, at around 60 lines a page. With all this money sloshing about, it stands to reason you’d find fraud artists waiting to take their piece, and well-connected friends to help them, just as they did under previous governments. We might as well put up a sign: The Buffet is Open.

As for Guergis, what was most noteworthy about her misbehaviour, until she finally became expendable—coincidentally, the day after Jaffer’s dealings hit the papers—was how little it appeared to discomfit the government. If the Prime Minister did not exactly stand by her, neither was he in any hurry to remove her. And why should he? She was only a cabinet minister, after all, one of 36 in Harper’s entourage. It’s not like she had an important job.

This is what has become of cabinet government in Canada. Under the self-imposed necessity of appointing ministers who are representative, rather than talented, cabinets have grown to quite monstrous proportions: the largest, so far as I can tell, in the democratic world.

No other country even comes close. The United States makes do with a cabinet of 15 (plus seven “cabinet-level officers”). Japan’s and Germany’s are of similar size, while Australia and New Zealand come in at around 20. Italy has 22. Britain’s is among the largest, with 22 full ministers plus four ministers of state. That’s still a third smaller than the parade float we call a cabinet in this country.

This is, it should be noted, a fairly recent development. Sir John A. was somehow able to govern half a continent with the help of just 12 or 13 ministers. As late as St. Laurent, the cabinet was no more than 19 in number, and while the expansion of Ottawa’s role under Pearson could perhaps justify some growth beyond that, it was only under Trudeau that it suddenly ballooned to its present size.

What we have governing us now is, quite literally, the lowest common denominator: the more ways into which the cabinet must be divided—sex, race, language, region, to name only the most obvious—the larger it must become. Should we be surprised if the talent gets a little thin?