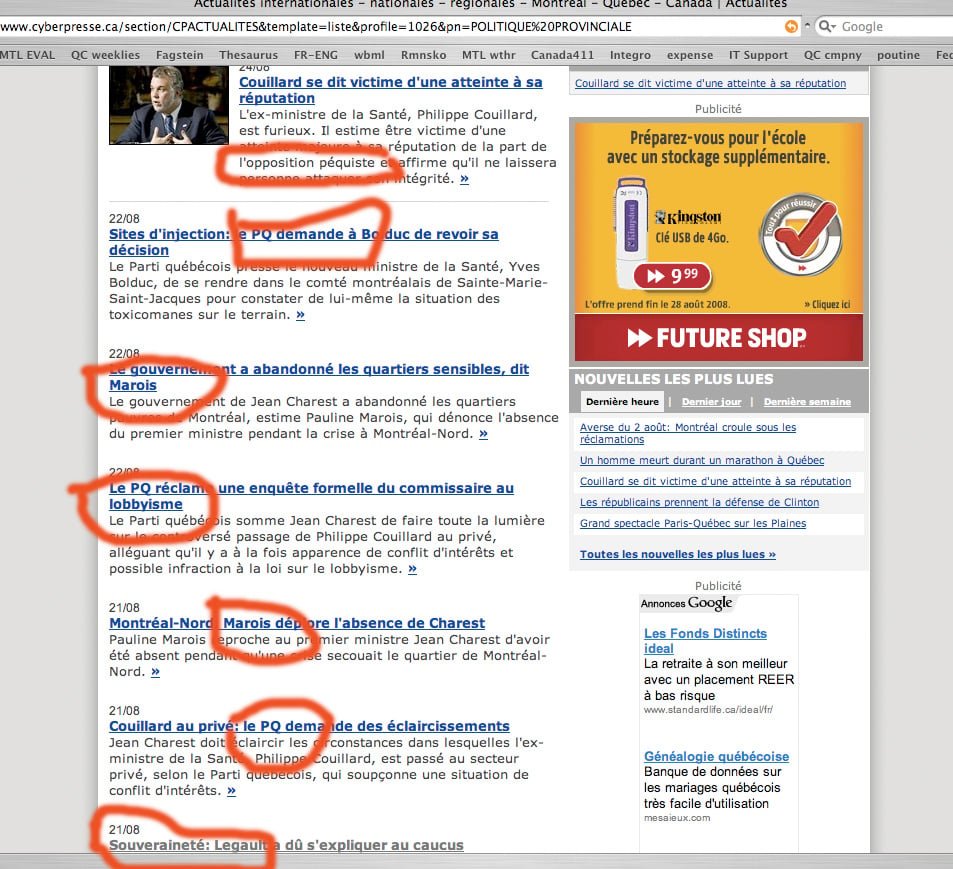 If we’re going strictly on stereotypes, you could say that La Presse is the newspaper of the great, large, mushy middle ground between the seven librarians and half-dozen outraged separatists who read the high brow Le Devoir and the blue-collared masses who devour the Journal de Montréal along with their sandwiches de bologne and May Wests. Not all of this is true –– I actually hate baloney, and only my blood is blue –– but it’s safe to say that La Presse has forever been successful at attracting a clientele that is neither bookish sovereigntist or of the lunchbox tabloid set (or, at the very least, it is a required second read for the former, if not the latter.) It is, for good or ill, Quebec’s newspaper of record. So here’s a question for the ADQ: what happens when the newspaper of record forgets you exist?

The above screenshot is of La Presse‘s top Quebec politics stories this morning. There are seven of them, every one of which involves the PQ. Six of them are reports on PQ initiatives, like the party’s (entirely sensible) request that fresh-out-of-the box health minister Yves Bolduc revisit his snap decision nixing predecessor Philippe Couillard’s endorsement of safe injection sites.

Seeing this, you’d never think that the PQ was a third-place party relegated last year to the bowels of the National Assembly. Nor would you ever know that the ADQ was the province’s official opposition: the party isn’t mentioned, much less quoted, in any of these stories.