Who's making who crazy?

It’s interesting to watch the ripple effects of the American Psychological Association’s report last week that having an abortion does not mean a higher risk of mental illness. Pro-life/anti-choice groups are in conniptions about it: see here, here, and here. Wonder if the report will change anything in South Dakota, where a recent law already requires that doctors tell women who are considering an abortion that it might, well, make them nutso. And if John McCain will say with a straight face he’s heard nothing about such a report, or this strange practice you call abortion. (See Sarah Blustain’s recent piece on him in the New Republic:

Despite all this evidence, McCain’s anti-abortion fervor hasn’t registered with the public–in no small part because, in addition to his waffling on choice in the 2000 campaign, he hardly sounds like a true believer on other reproductive-health-related issues. When pressed to speak about them, he often evinces stunning ignorance, a fact that helps reassure the moderate middle that he could not possibly be as conservative as his record suggests. In early July, for example, a reporter raised the issue of whether it was “unfair” that insurance companies cover Viagra but not birth control. His response was painful to watch: “I certainly do not want to discuss that issue,” he said immediately. She then asked about his votes against legislation requiring insurance plans to cover prescription birth control, legislation the anti-contraception right strongly opposed. He rubbed his mouth, rolled his eyes, flexed his fingers, crossed his arms, and more, before admitting, “I don’t know enough about it to give you an informed answer.” Finally, he told the reporter that he did not recall how he voted. “It’s something that I had not thought much about,” he added.

At another press conference, when a journalist asked him whether he thought contraceptives help stop the spread of HIV, he paused–for much too long–then answered, “You’ve stumped me.” The reporter asked whether U.S. taxpayer money should fund contraception to prevent aids in Africa. “I’m not very wise on it,” McCain said. What about grants for sex education? A long pause, then, “Ahhh. I think I support the president’s policy.” And, when the reporter pressed again, he finally said (after a reported twelve-second pause), “I’ve never gotten into these issues before”–an odd statement, given that he has voted on legislation related to all of them.

Anyway, for those of us who already acknowledge the existence of abortion AND believe in a woman’s right to choose, maybe this is a step toward being able to acknowledge more publicly that, gee, an abortion may, for some women, be accompanied by some feelings. For instance, as the APA report notes, sadness. I’m sure pro-choicers privately realize this possibility, but it’s a hard sentiment to express in a society that’s so polarized about abortion. It’s not like this everywhere. In Japan, families (not just women) memorialize abortions and miscarriages alike with these little statues below. Yes, those are bibs on them, and couples will troop down to the temple on a weekend to visit their statue (called mizuko jizo) and taken it candy, a stuffed animal, a bottle of milk. It’s heart-breaking to watch. Who says it’s a small world? 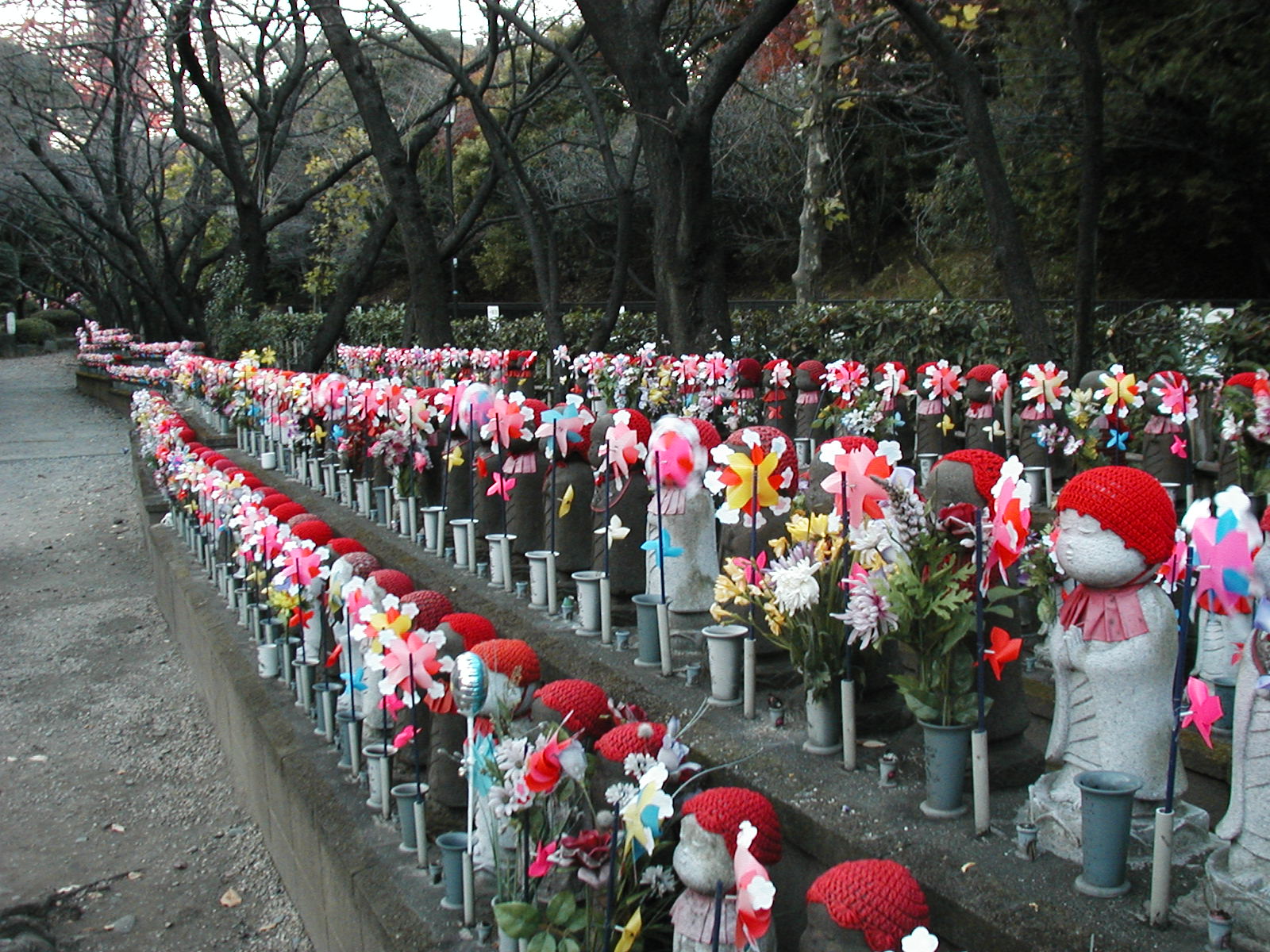 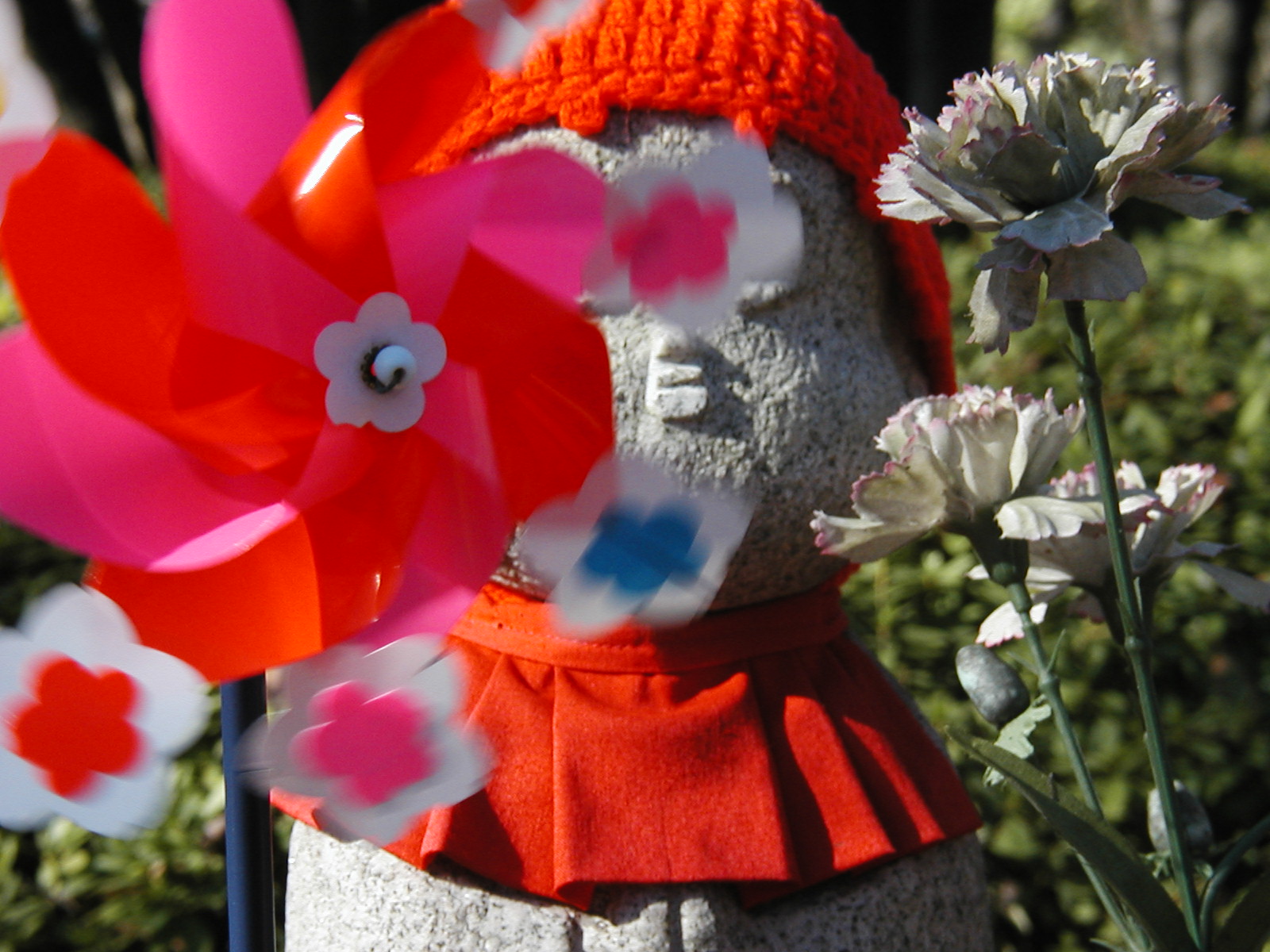