Why Charest should be annoyed with Ottawa for threatening the Bloc 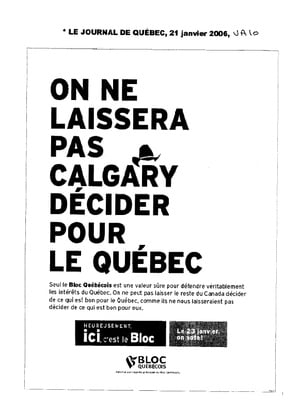 Turns out Canada’s Machiavellian genius of a prime minister can be pretty crass after all. (Colour me surprised.) Before the election, Stephen Harper viewed the global financial crisis as little more than a “good buying opportunity.” But now that we’re in a full-blown “technical” recession, Harper’s got more than his mother’s stock portfolio on his mind. Never one to pass up an opportunity to kick the legs out from underneath his political opponents, Harper figures he can use the time he won’t be spending coming up with a stimulus package to defend a move to bankrupt the opposition as a cost-cutting measure. (Think of the trips Conservatives officials will be able to make with an extra $30-million kicking around!)_

As Andrew notes, the party that stands to lose the most if the Conservatives follow through on their plan to scrap public funding for political parties is the Bloc. In the very short term, however, the plan might also turn out to be a pretty significant spoke in Jean Charest’s wheels.

If Marois can succeed in making her case that Charest is “à genoux” before his federal overlords, and those overlords are seen as wanting to put the Bloc and its 49 MPs out to pasture, she just might radicalize enough Francophone voters to prevent Charest from getting a majority. (Remember, the PQ doesn’t need a lot of votes to win a lot of seats.) It might be a bit far-fetched to suggest Harper’s timing is to punish Charest for spoiling the Conservatives’ chances in Quebec. But for a guy who once felt compelled to drop nearly a billion dollars in Charest’s lap right before the 2007 election, Harper sure isn’t doing Captain Canada any favours this time around.