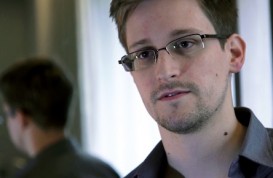 Edward Snowden, the man who was revealed to be the whistleblower behind a massive National Security Agency citizen monitoring campaign, has travelled from his home in Hawaii to Hong Kong, where he says he is seeking asylum.

“I think it is really tragic that an American has to move to a place that has a reputation for less freedom,” Snowden told The Guardian in a story published over the weekend. “Still, Hong Kong has a reputation for freedom in spite of the People’s Republic of China. It has a strong tradition of free speech.”

But Snowden’s decision to flee to Hong Kong has those familiar with the justice system and the culture in the city questioning the whistleblower’s decision.

At The Wall Street Journal, China correspondent Te-Ping Chen notes that Hong Kong has long-standing economic and legal ties with the U.S. There is also an extradition treaty between Hong Kong and the United States, though there is a veto clause in the treaty available to the Chinese government in Beijing.

And another unnamed lawyer is even less diplomatic about it, telling The Washington Post: “Hong Kong is the worst place in the world for any person to avoid extradition, with the possible exception of the United Kingdom.”

However, a contradictory report from Global Post says that, in March, Hong Kong’s High Court released a decision that requires the government to find a new way to review asylum requests. “Until the government does this… asylum seekers are allowed to stay in Hong Kong indefinitely,” writes Benjamin Carlson at Global Post.

Even if the Hong Kong government does agree to deport Snowden, the U.S. government would have to wait for the new process to be put into place, a potentially lengthy government decision that could buy Snowden some time.