If the GOP could get its act together, it could challenge Obama 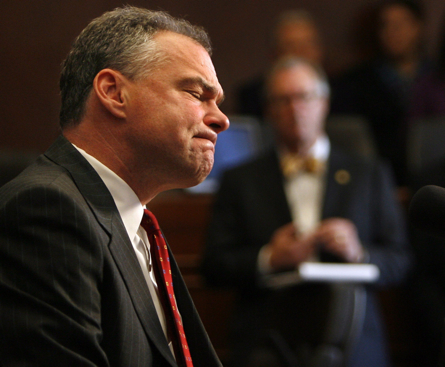 It was not what Barack Obama expected one year after his historic victory. The Republican party showed it is far from extinct, winning governorships in both New Jersey and Virginia, two states that had until then been held by Democrats. A third contest with national implications was held in the 23rd congressional district of New York state, where the Democrats took a seat that had been in Republican hands for nearly a century.

Though both parties can claim to have made some inroads, this was a GOP night. The loss of Virginia by a wide margin suggests a large-scale defection of independent voters away from the Democrats. While the loss of New Jersey may have had more to do with an unpopular governor, there too, independents appear to have abandoned the Democratic party. That should not go unnoticed by Democratic strategists preparing for next year’s mid terms. The Obama coalition of a year ago was simply not in effect in this off-year election. Of course, Democrats can argue that Obama was not on the ballot. But unless they take note of Tuesday’s results and react accordingly, they are in for a rude awakening next November.

The temptation to interpret this off-year election as a rejection of President Obama and his agenda is certainly tempting to the more conservative commentators and to Fox News in particular. Democratic talking heads are in spin mode—as one would expect—but they have not been terribly convincing. Still, the results contained a lesson for the Republicans as well the Democrats: as New York’s 23rd district showed, a split within GOP ranks can be costly. Bob McDonnell (Virginia) and Chris Christie (New Jersey) won mainly as centrist Republicans preaching conservative principles and campaigning mostly on local issues. Doug Hoffman, who lost in New York’s 23rd district, was a Palin-endorsed Republican who ran under the Conservative, rather than Republican, banner. His right-wing populist platform bore many similarities to that of the former Alaska governor. The official Republican candidate was openly challenged by pro-Palin types and it was not a pretty sight. Dierdre Scozzafava eventually withdrew from the race and threw her support to the Democratic candidate. In the end, the purge of moderate Republican voices from the race salvaged the night for Obama’s spinmeisters.

There is a growing movement within Republican circles to challenge moderate GOP candidates in future party primaries in a bid to replace them with vociferous right-wing types. Florida’s moderate Republican senatorial candidate, Charles Crist, for instance, is being challenged by Mark Rubio, a candidate supported by the far-right. This is happening when party identification with the Republicans is at 20 per cent, the lowest in a quarter century. Of course, this does not mean people are defecting to the Democrats. Rather, it reflects the discomfort many Republicans feel with the shrill rhetoric of the far-right and the Beck-Limbaugh types. While America may be more centre-right as a nation, it usually chooses a governing party that is closer to the center than the fringes.

Make no mistake: Palin Republicans are a force to be reckoned with. But the GOP does not have a hope of getting back to power if it keeps shedding those they suspect are not real Republicans. The party needs all its constituencies to win in 2010 and 2012. Republicans like McCain, Pawlenty, and Romney should be able to cohabitate with a Snowe, a Gingrich, and a Scarborough. The big tent approach is what brought Reagan and the Bushes to power and, if Tuesday night’s results proved anything, it is just how effective that approach remains.