Why Wikileaks will lead to more secrecy, not less 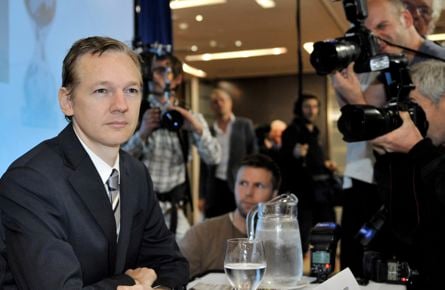 Wikileaks has struck again. This week’s release of thousands of diplomatic cables from U.S. embassies follows the publication of hundreds of thousands of documents containing operational information about the Iraq and Afghanistan wars. These massive data leaks, while lauded by many, underline the tension between a government’s justifiable need for secrecy and the public’s demand for more open and transparent governance. Ironically, Wikileaks will likely lead to less public knowledge of government actions rather than more.

In recent years, there has been an exciting and growing movement pressuring governments to make more of the data that they collect public. Many rightly argue that these data, if released in a machine readable format, can be put to a wide range of beneficial uses. And it is catching on. Many municipal governments have begun to release a wide range of data sets, including property, public transportation, traffic, and crime data. The Liberal party of Canada and the Conservative government in the UK, have both put forward initiatives which would take significant steps in making government more transparent and help citizens to build on the data they have a right to use. This is all unquestionably positive.

By highlighting a core tension in the open data discussion, however, Wikileaks puts much of this progress in jeopardy. While few would argue that leaked data is open data, or that all data should be open, the case of Wikileaks reminds us that data exists on a continuum from highly classified to open. In certain policy areas, we need to think carefully about who we want making the final decision over secrecy—the governments that we elect, or individuals over whom we have no control. No issue better exemplifies this dilemma than national security data.

There are undoubtedly benefits to these latest data releases. First, the more we know about the torture perpetrated by Iraqi and American forces, the less likely we are to give future governments the legal or political authority to do so. Second, the more we know about the shocking levels of civilian casualties, and the strategic and moral consequences of such folly, the more attention we are likely to pay to how and whether our governments fight wars. Third, the data released will provide journalists and scholars with a previously unavailable view into war fighting. Finally, and most importantly, seeing the blunt, gory, and often grotesquely mundane details of war, provide us with a level of honesty about the actions that we as citizens sanction. We are surely better for this.

But there are also costs, two of which will have implications for those seeking more transparent government. First, there is a very real potential that these data will lead to the deaths of Afghan and Iraqi citizens. While Wikileaks founder Julian Assange claims the website scrubbed out information that could harm western forces, ordinary Afghans and Iraqis weren’t as lucky. As a result, the names and locations of people who have risked their lives to help us have been made public. Even if none of these people are ever harmed, shouldn’t it be our democratic government making this decision, not a disgruntled junior soldier or a highly secretive organization? Leaving such decisions to the discretion of Assange is grossly irresponsible.

Second, these releases of data will likely lead to a more closed government. While many interpret it as progress when any and all data is made public, these national security releases will likely have the opposite effect. Much of the information released was classified at a low level. This means that it was widely available to, and presumably used by, a very large number of people in the U.S. military and the diplomatic community. It also makes it susceptible to leaks. The certain result of the leaks is that this type of data will be more highly classified from now on, making it of less use to those tasked with protecting us. Another possibility is that this type of data will no longer be recorded at all, with governments doing more and more of their business verbally, or in absolute secret.

These are bad outcomes for those that want more open and transparent government, as well as for those that believe, as I do, that much more information about how our government fights wars on our behalf should be subject to public scrutiny.

Taylor Owen is a post-doctoral fellow at the Liu Institute for Global Issues at the University of British Columbia. Read more at TaylorOwen.com.