Would Canada fly a pot flag? 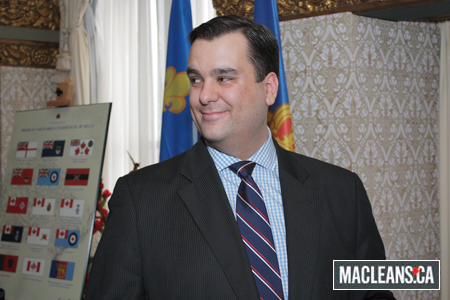 Jason Kenney built a stunning flag collection, including all of Canada’s historical flags (even ones before Canada was a country), when he was Minister of Multiculturalism and Canadian Identity. 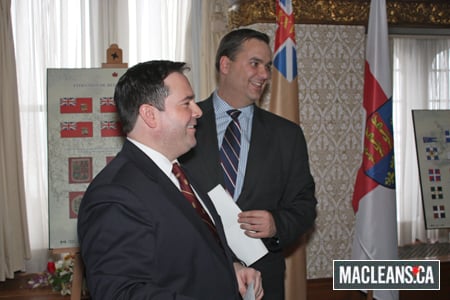 Kenney noted that the Speaker’s reception room was where the parliamentary committee first met to discuss the new flag that resulted in the current Maple Leaf, which first flew on Feb. 15, 1965. Milliken addresses the crowd below. 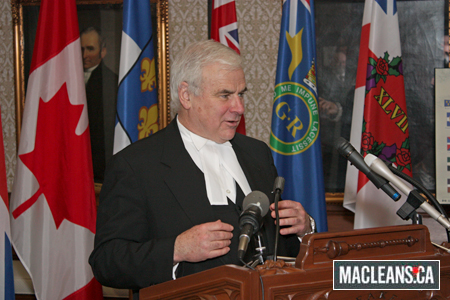 One new flag option while they were discussing the Maple Leaf looked a lot like a cannabis leaf according to one Tory MP. 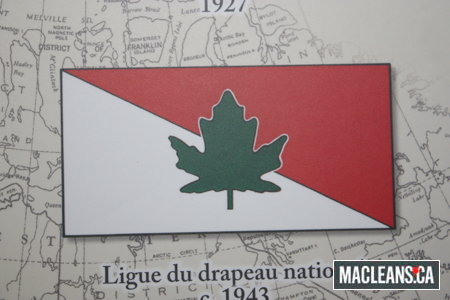 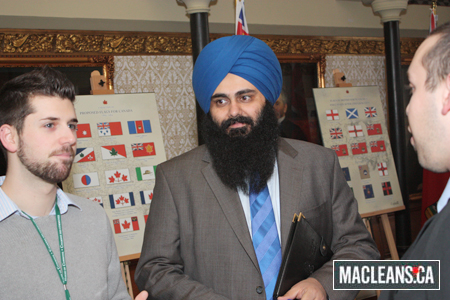 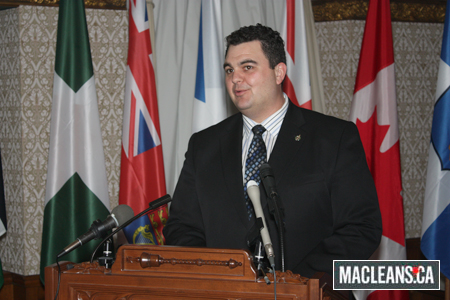 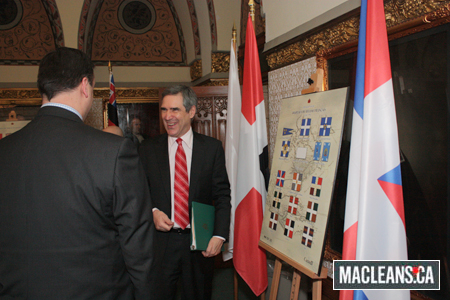