Yeah, what he said 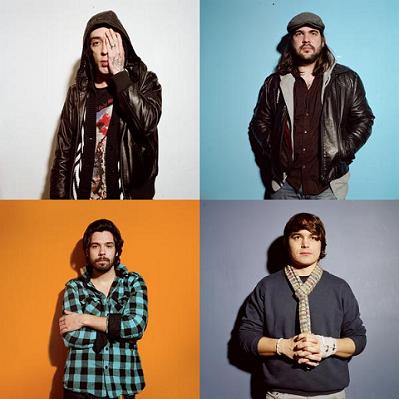 How did I miss this? Local heroes Wolf Parade, my favourite of the wolf monickered bands, got the New York Times treatment in late June. Boy, did they ever. Wolf Parade “harnesses perky pop drive to existential reflections,” writes the Times’ John Pareles. I’m still not sure that that means exactly, but it’s great to see the band get major ink for their newest album, “At Mount Zoomer”.

Following up on 2005’s “Apologies To The Queen Mary” is a colossal task in itself; to do so with a record like “Zoomer”, which like “Queen Mary” is a gorgeous distillation of synth- and guitar-riddled pop best listened to end to end, is downright freakish.

Or, as the Times puts it, “In Wolf Parade’s music it takes constant, frenetic construction to hold potential catastrophe at bay.”

Right-o. You can further hold all potential catastrophe at bay by buying the damn thing here.