You gotta fight for your right to clean up! 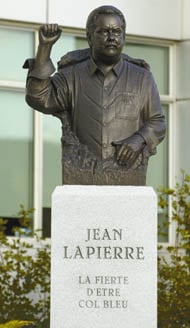 Montreal Mayor Gérald Tremblay has had his share of epic battles with the city’s many unions over the years, like his ongoing spat with the perpetually disgruntled firefighters who’ve taken to wearing City of Toronto gear because Montreal is just so ashamed it’s not Toronto. (That said, it’s a refreshing change from past tactics, like perforating firehoses.) Tremblay can now add another unusual fight to his list.

The blue-collar workers’ union recently managed to get the city’s new cleanliness by-law yanked from the books. Under a bill passed last summer, property owners were expected to keep the sidewalk and street in front of their property clean or else face fines. But the union complained that getting “volunteers” to do their job violated the collective bargaining agreement.

The City of Montreal plans to appeal the ruling. In the meantime, the union would like you to keep tossing your cigarette butts and your wrappers on the street—the unemployment rate isn’t going to lower itself, you know.