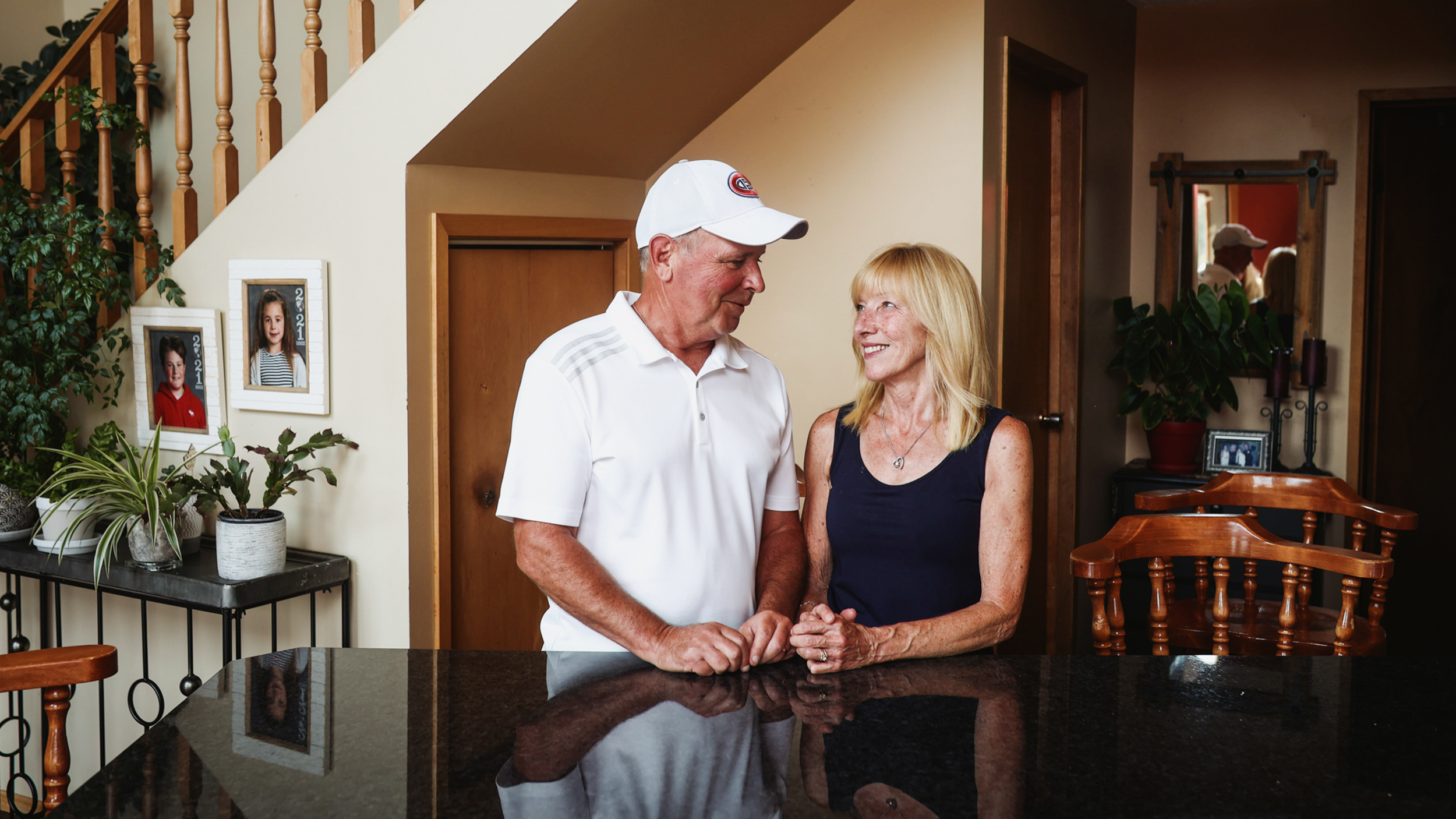 Finding courage and calm in the face of cancer’s uncertainty

A rare lymphoma diagnosis quickly upends the lives of patients and their loved ones. For Sandra Derouard, time spent with family and friends is an important remedy

On the shores of the Lake of the Woods, near the Manitoba border, Kenora is a jewel in Ontario’s vastness. This small city, far from the bustle of the province’s major hubs, is home to some 15,000 Canadians who have learned to weather the harsh—albeit spectacular—winters in exchange for a king’s share of summer splendour.

It’s a sanctuary that keeps the rest of the world at arm’s length, right where Kenora’s faithful want it. But Kenora is also, critically, a community defined by closeness, one where bonds with the family and friends who have also chosen this place are all-important. 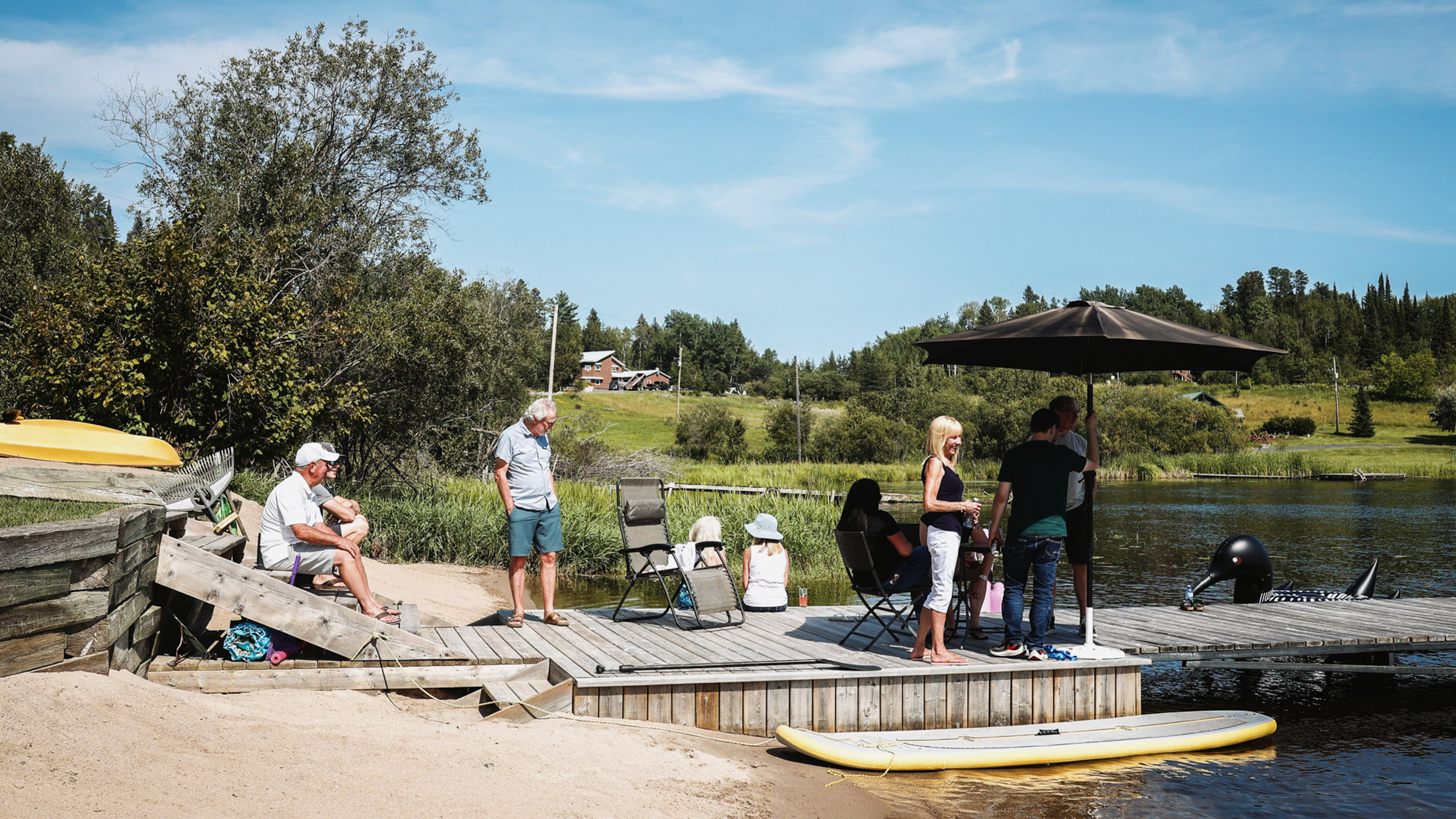 In Sandra Derouard’s 62 years, she has travelled, spent time in Canada’s major hubs, and seen what the wider world has to offer, and she has consciously decided that Kenora is the best of it. “It’s so beautiful,” she says. “I wouldn’t want to be anywhere else. All our family is here on both sides. My husband Allan comes from a big family of eight brothers and sisters. They’re all here. My brother and sisters are all here and our kids left for a while, but they all ended up coming back. This is where they wanted to call home.”

But, for all the undeniable peace and intimacy of Northern Ontario, the remoteness brings challenges along with its blessings. Eight years ago, Sandra found herself facing those hurdles head on, when her vision of serene summers on the lake surrounded by friends and family met the harsh reality of a rare and life-threatening lymphoma diagnosis. 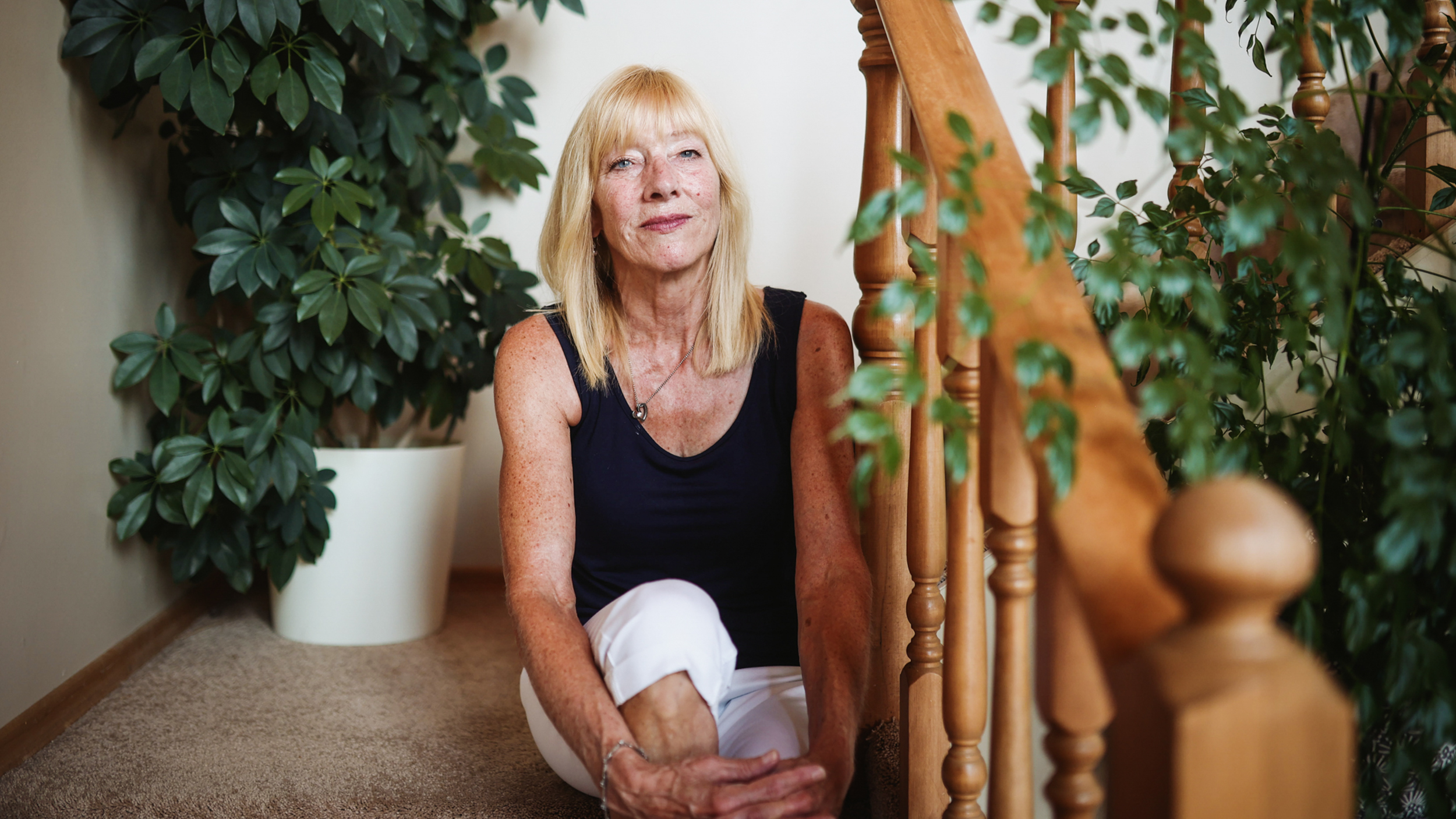 Getting sick was very much not in Sandra’s plan.

Between her job at the bank, the birth of her first granddaughter, Ayla, and a generally busy social and family life, there just wasn’t room for it in the schedule. Sandra has always been feisty, and when her health began to slow her down in early 2015, she was convinced that it was a passing inconvenience that she could power through as she had powered through so many of life’s challenges before.

“I was fatigued and fading fast, but I blamed it all on stress,” she recalls. “My daughter had just had a rough pregnancy and delivery, so I was worrying about her and trying to help out the best I could, juggling work and life and everything else. It got to the point though where I was having a hard time walking upstairs without stopping to catch my breath. Chewing, walking, cutting a piece of steak—the most basic things in life that we take for granted—started taking everything out of me. It was bad. But still, I was stubborn.” 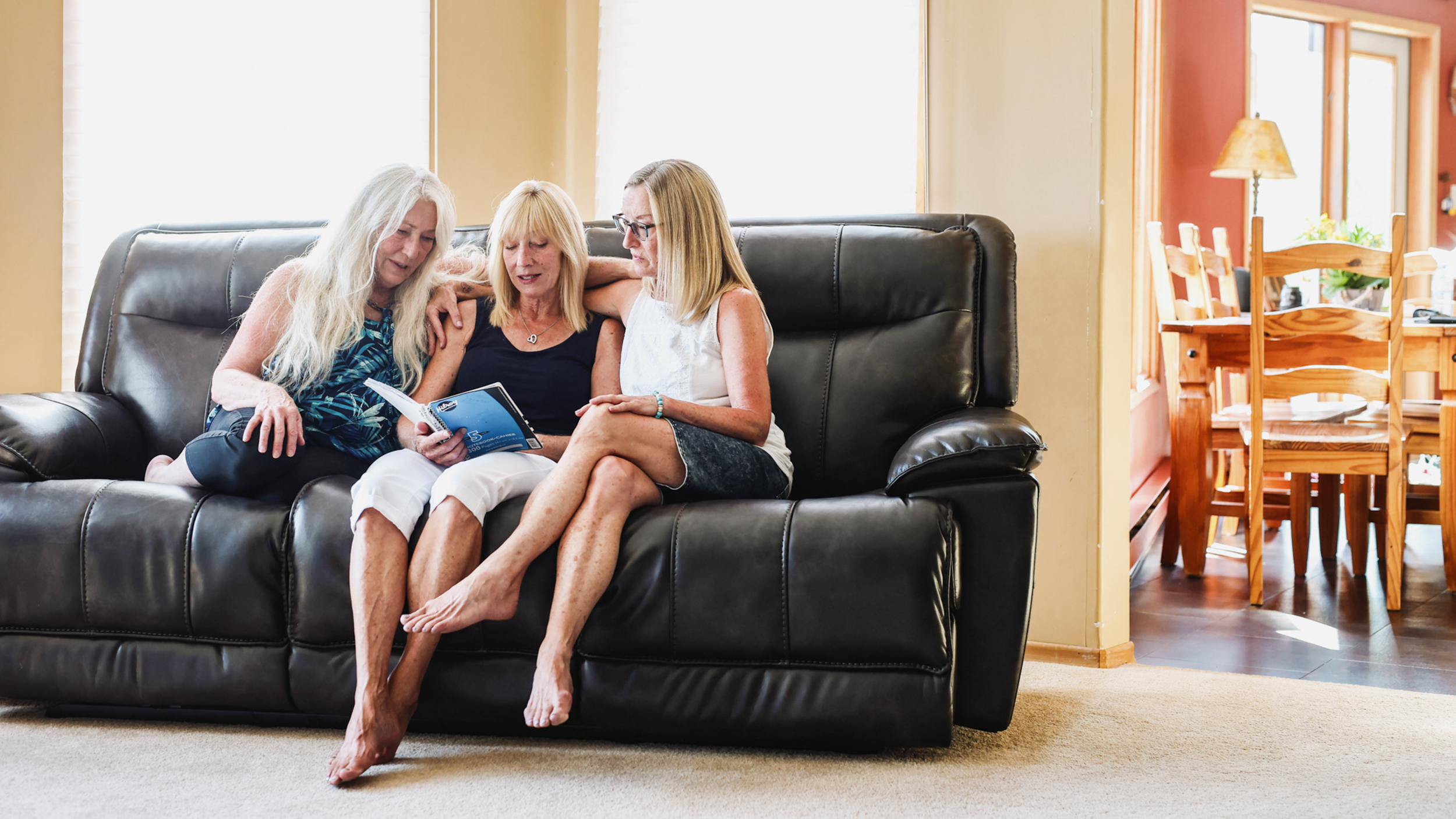 As Sandra grew weaker, it was her family that stepped in and insisted that, as strong as she had always been, this time she needed to seek outside help. “It was my sisters Debbie and Donna who finally came to my house and said that they wanted to take me to the hospital,” Sandra says. “I gave in. I just thought, okay, if this is what I have to do to make everyone happy, then I’ll go.”

Blood work and testing at the hospital in Kenora led to more questions than answers, and Sandra was admitted immediately. It was clear that something was very wrong, but nobody knew what. Sandra recalls it being a time of great fear and confusion, culminating in a telehealth call with Dr. Nicole Laferriere, Chief of Oncology at Regional Cancer Care Northwest in Thunder Bay.

“Dr. Laferriere was sure it was some sort of lymphoma and she wanted me in Thunder Bay the next morning at 9 a.m.,” Sandra says. “That’s like a five- or six-hour drive. Drop everything and get to Thunder Bay, she said. All hell broke loose at that point.” 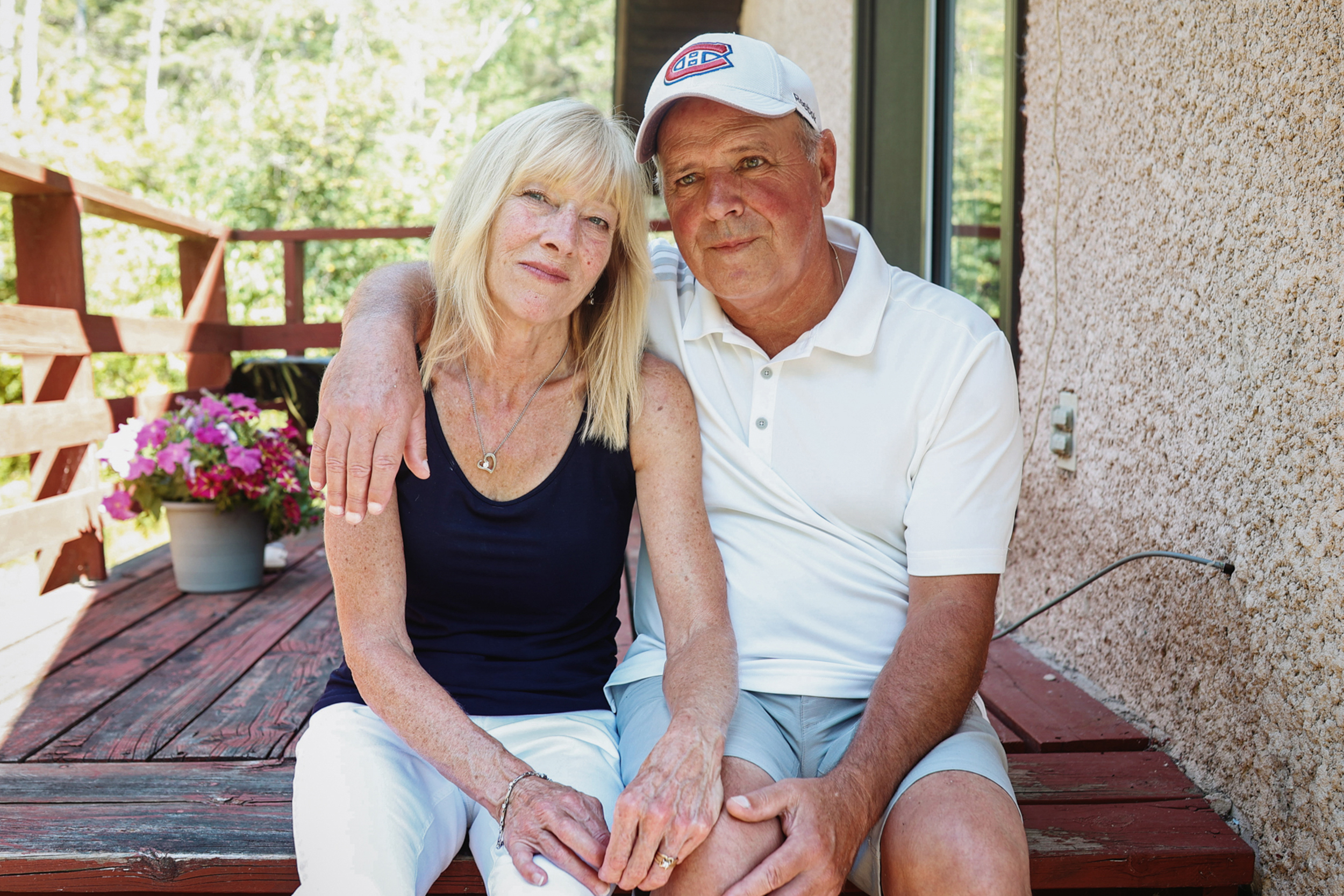 Dr. Laferriere was well aware she was asking a lot of Sandra in summoning her to Thunder Bay. The cancer network Dr. Laferriere oversees covers a vast territory in Northern Ontario, and many of her patients live in communities far more remote than even Kenora.

“Keeping patients in their home community as much as possible is absolutely a core value and one that we place very highly,” says Dr. Laferriere. “We use technology as much as we can and there’s always more that we want to be able to deliver in that area.”

But the reality is that critical components of diagnosis and sometimes treatment still require the specialized setting of a modern cancer centre. That’s especially true for rare cancers like Waldenstrom’s macroglobulinemia (WM)—which turned out to be the source of Sandra’s intense symptoms. 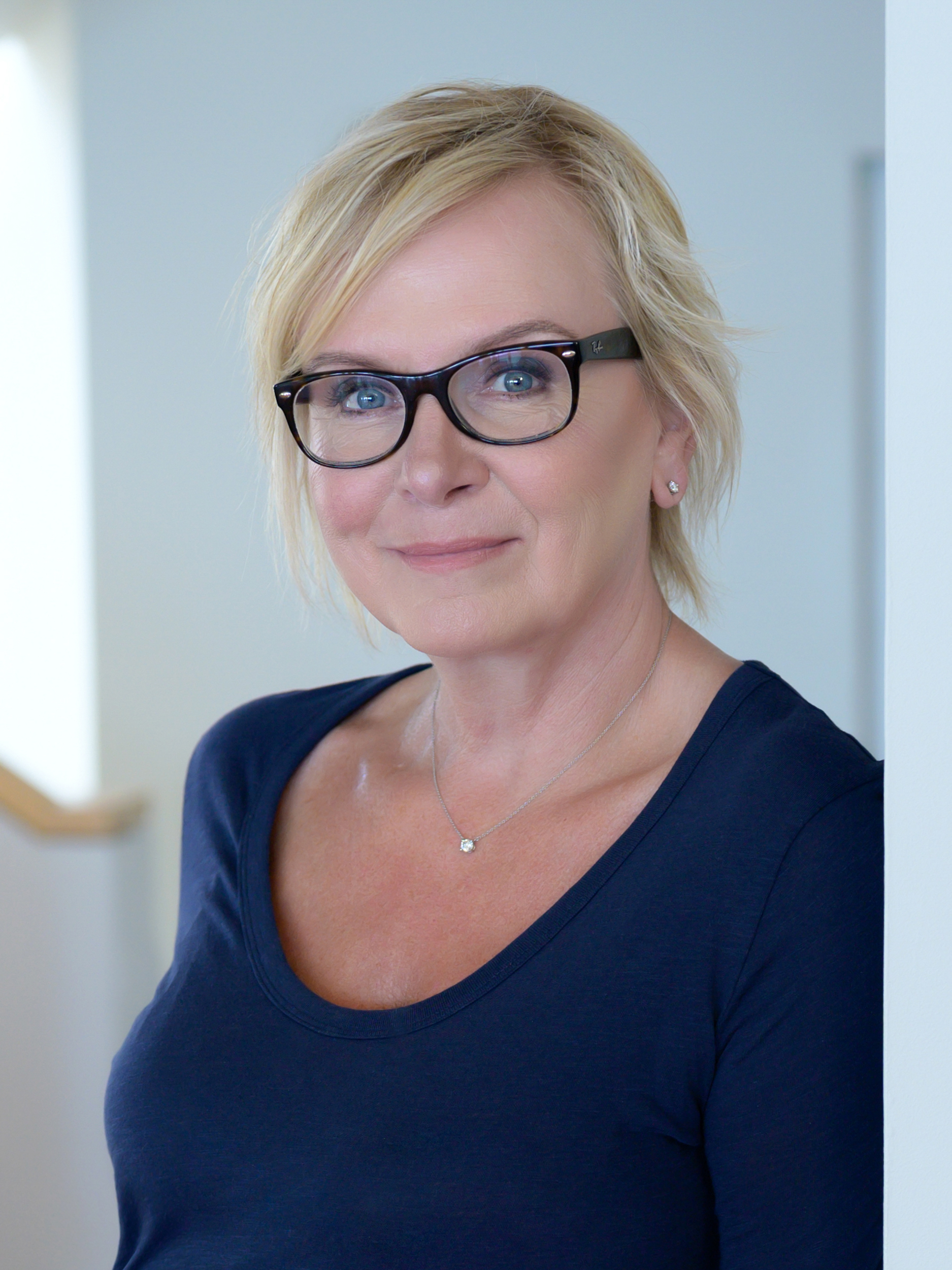 “Lymphoma is the fifth most common type of cancer, and there are many, many subtypes,” explains Dr. Laferriere. “Some are more common and many are rarer. WM is a rare type of lymphoma with its own set of symptoms and problems that aren’t present in most other types of lymphoma. People can become very unwell, very fast.”

Sandra’s condition worsened quickly and, in retrospect, the intervention of her family had come just in time. “It was damn hard being so far away throughout this ordeal. I was so fortunate that my sisters and my son were able to be there with me. But my daughter, my son-in-law, my grandson, Jett, and my new granddaughter, I didn’t want them travelling. I hated the idea of them spending half the day in the car just to see me.” 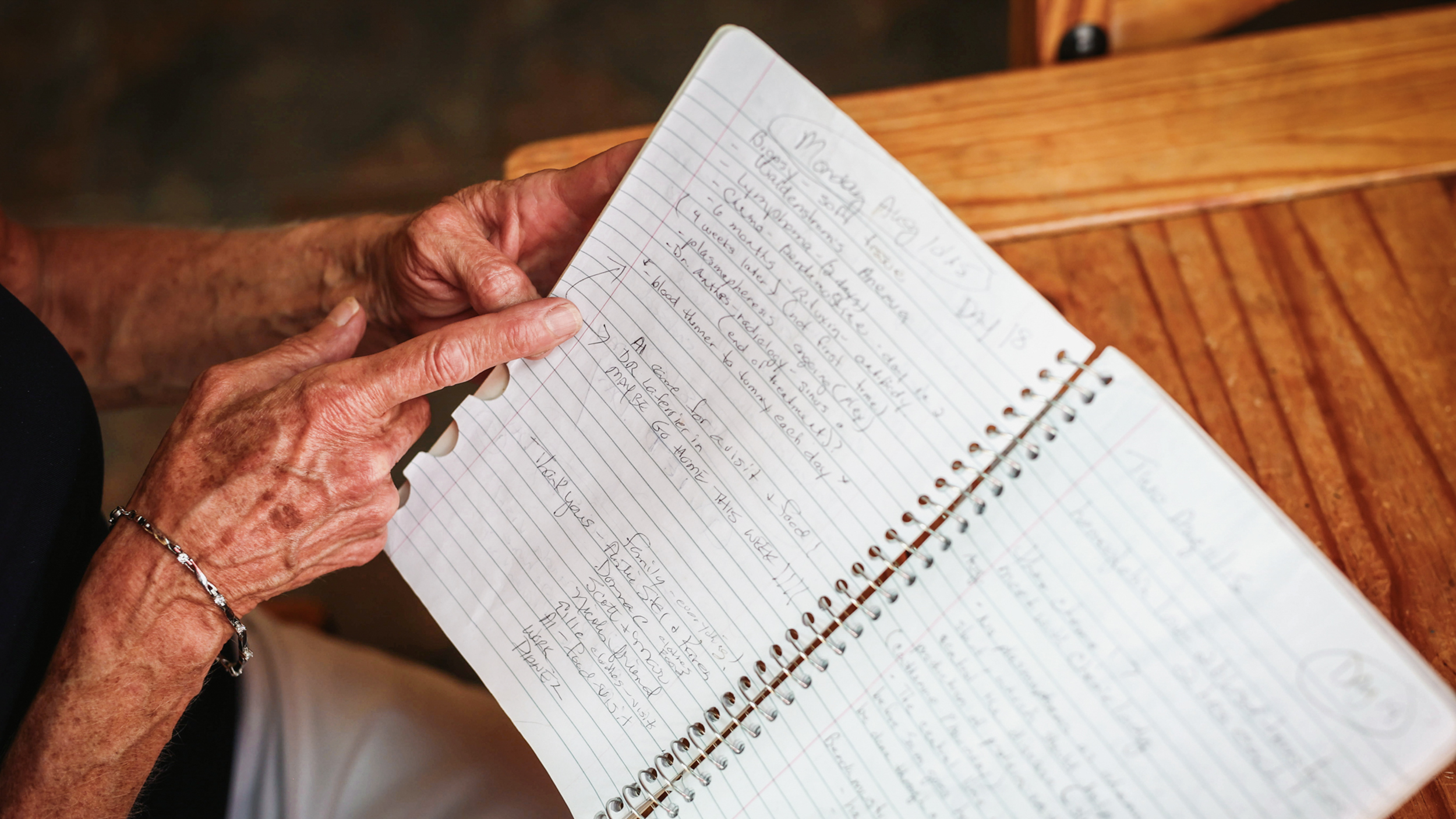 The unique perspective of a cancer caregiver

Far further south, in the parts of Ontario that Torontonians call “North,” Lynne Knowlton is fighting to find order in the chaos of her husband Michael’s 2006 diagnosis with the same rare, slow-growing lymphoma. Lynne’s experience as a lymphoma caregiver has given her a powerful insider’s perspective on just how essential access to treatment is—both geographical and financial.

“At times, I feel like everywhere I turn, blood cancer is present in my life,” says Lynne. “My husband has WM, my dad died from mantle cell lymphoma (MCL) in 2009, and my uncles lost their lives to myeloma and leukemia. These diseases have taken so much from me.”

Lynne’s father Murray was a remarkable man, and when he was diagnosed with MCL, he pursued every option he could, eventually moving to BC to get access to medications that weren’t yet available in Ontario. These treatments couldn’t save Murray’s life but they did buy him several extra years, which allowed him to reconnect with family with whom he’d been estranged. 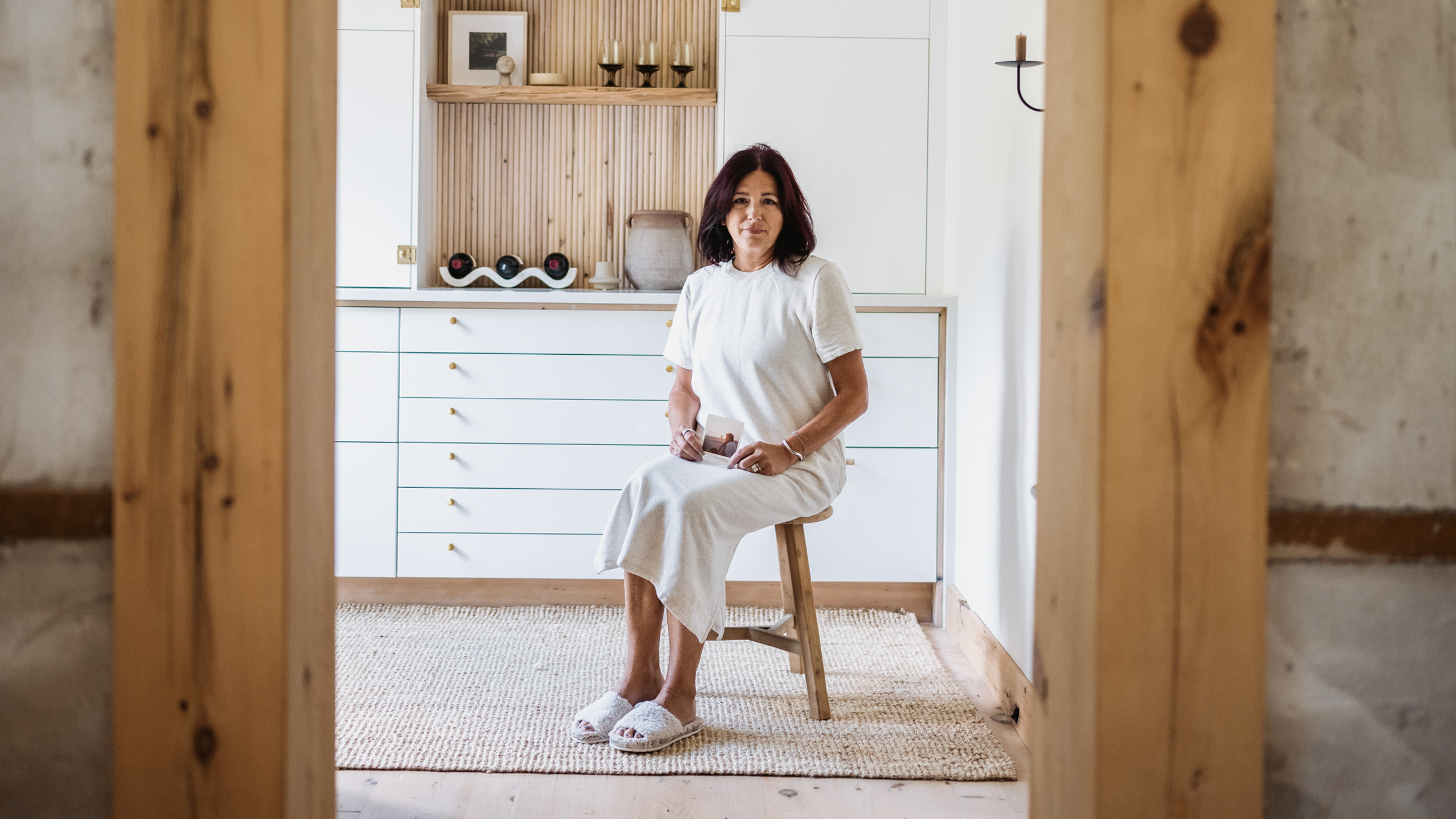 “One of the only beauties of cancer is that it gives you that time,” says Lynne. “Time to say what you want to say. Time to do the things you want to do with your loved ones.”

Now, with Michael’s cancer, Lynne is working to reconcile her previous lymphoma experiences with a changing treatment landscape and the hope that it brings. “Access to targeted therapies is everything,” she says. “They didn’t exist for my dad. And now, in Michael’s case, he likely wouldn’t be alive if it weren’t for the work of world-class doctors and clinical trials. Science has saved Michael’s life. It would have been beautiful if it could have saved my dad’s life, too.”

Like Sandra, Lynne and Michael still face so much uncertainty, but Lynne and her family have embraced a unique sense of peace and calm that allows them to thrive in the face of the rollercoaster that is cancer. 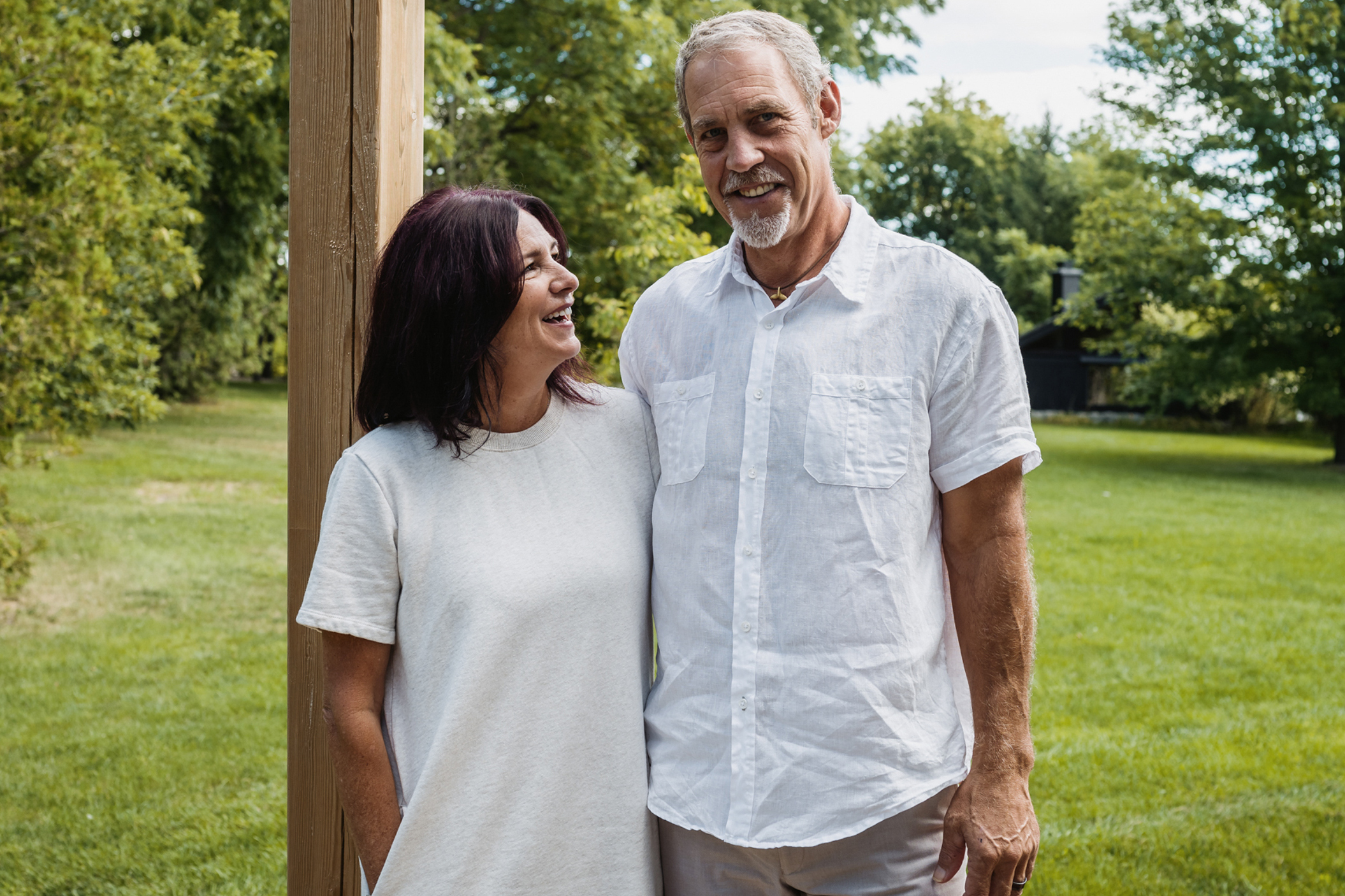 In an arc that Dr. Laferriere describes as a classic example of modern treatment, Sandra’s month-long crisis in Thunder Bay has been followed by seven years of remission in Kenora, where she has been slowly adjusting to a new sense of normalcy while always knowing that her kind of cancer could come roaring back at any time. She’s grateful that medical advancements have carved out this long period of calm for her.

“The research that’s being done in lymphoma and the types of novel therapies that are coming our way are unprecedented,” says Dr. Laferriere. “We have many patients all across the region who are on medications that can be taken at home. We see them by telehealth and do the same sorts of follow-up assessments as we would in person. We’re seeing prolonged remissions in cases like Sandra’s. But, unfortunately, there remains no cure.” 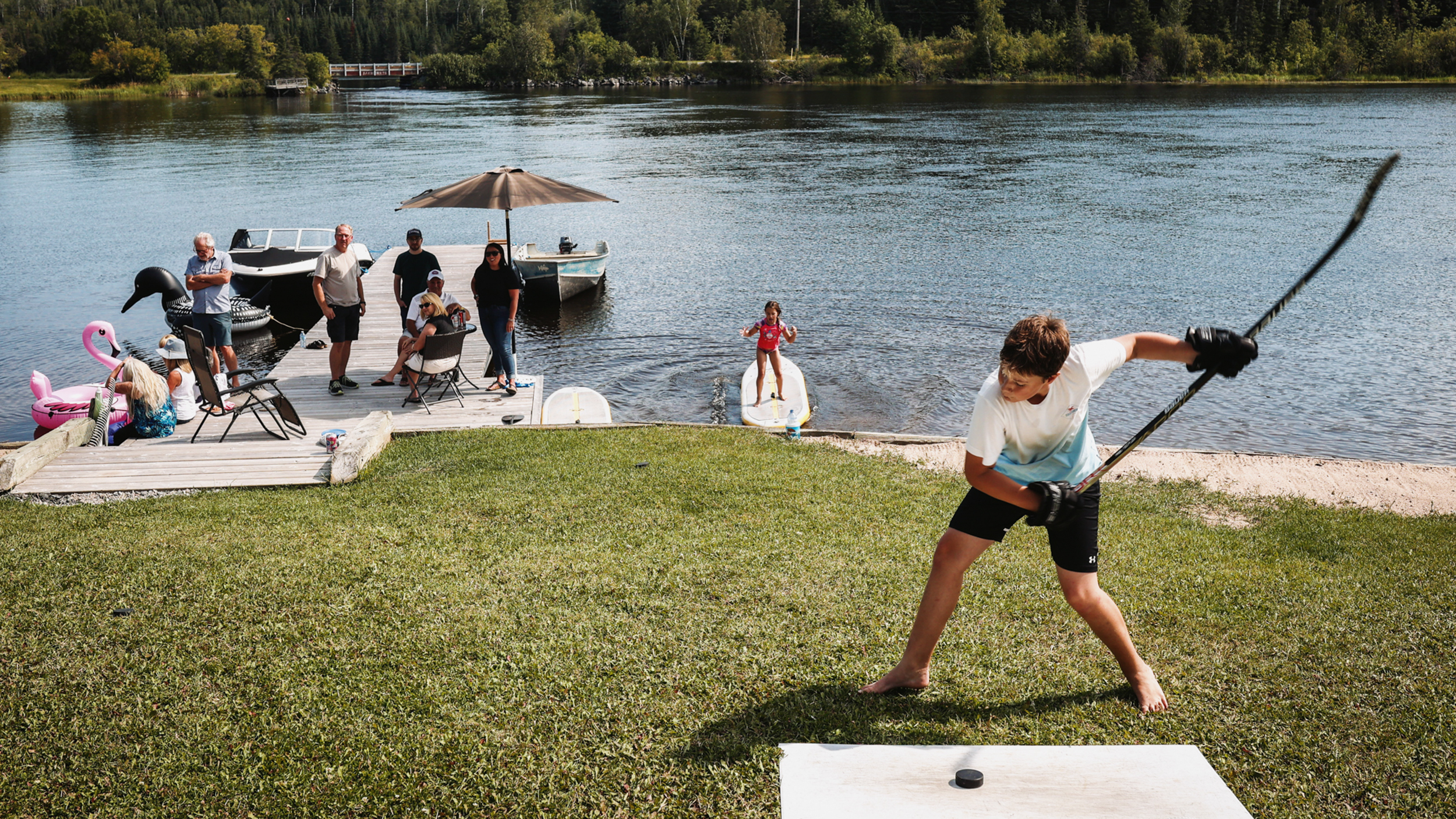 To find serenity in this uncertainty, Sandra leans on words of wisdom from her mother, who passed away not long before Sandra’s diagnosis: “Don’t waste today worrying about tomorrow.”

Sandra is content to put her faith in Dr. Laferriere and the rest of her care team, knowing that the monitoring she receives will be the best that modern medicine has to offer. She’s not going to fritter away her precious days hoping for more than that. After all, there’s the whole banquet of lake life in Kenora, surrounded by family and friends, ready for her to dig in.

“All it takes to send my worries away is to be around my kids, my grandkids, and my husband,” Sandra says. “Watching Jett play hockey, watching my granddaughter Ayla grow and dance and do her gymnastics, and just being there at every stage of their lives brings me so much happiness. I’m looking forward to making more memories with the best family I could ever ask for. It’s the simple things.” 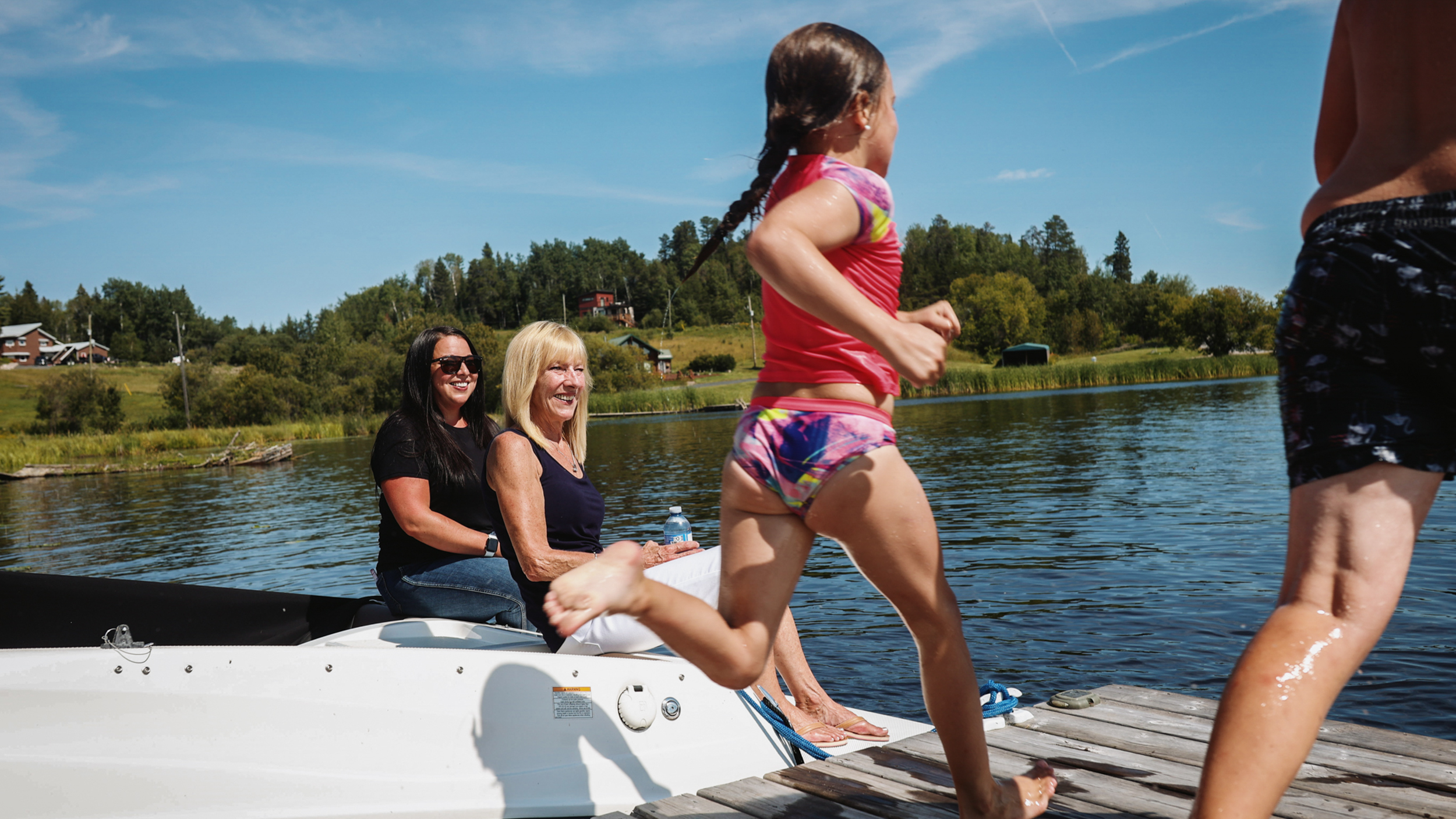 Patient Voice is an online platform for patient, caregiver and clinician storytelling. Our goal is to increase awareness of underrepresented areas in health, decrease stigma, and help Canadians have better-informed conversations about their health.