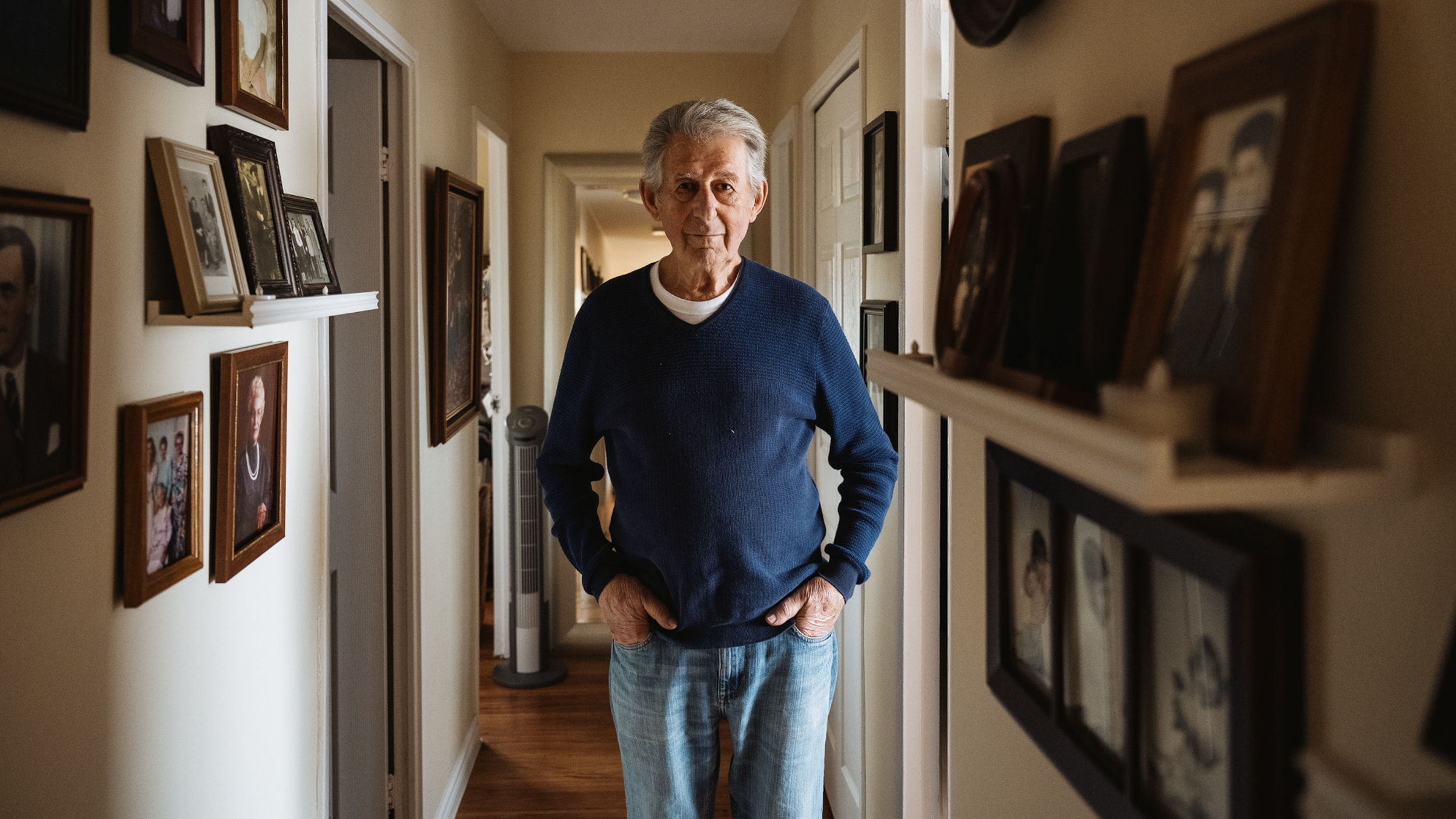 Reflections on a rich and remarkable life

In 2019, an MDS diagnosis stopped Bob Markovich in his tracks. With his condition now under control, he’s able to look back on a life well-lived while remaining focused on the future

Brantford, Ont. is a small city known for its beautiful vistas of the Grand River, rich history, quaint downtown, and for being the birthplace of “the great one,” Wayne Gretzky. It’s a city whose residents—including Bob Markovich—are vital to its tightly woven fabric.

A former business owner, athlete, and the quintessential family man, Bob has long been a meaningful part of Brantford’s tapestry – and he remains one now, even at 84 years old. A natural conversationalist and storyteller with a larger-than-life personality, he’s a familiar face in the city with friends and acquaintances at every turn.

“I was at the Labour Day parade when I first saw Ann. I said to one of my friends, ‘Get her phone number for me, will ya,’ and that was it,” says Bob, laughingly, glancing across the table at Ann. This May will mark 60 years of marriage for the couple, who have built several businesses together along with a lifetime of memories, passports enviably full of stamps, and a family of three children. 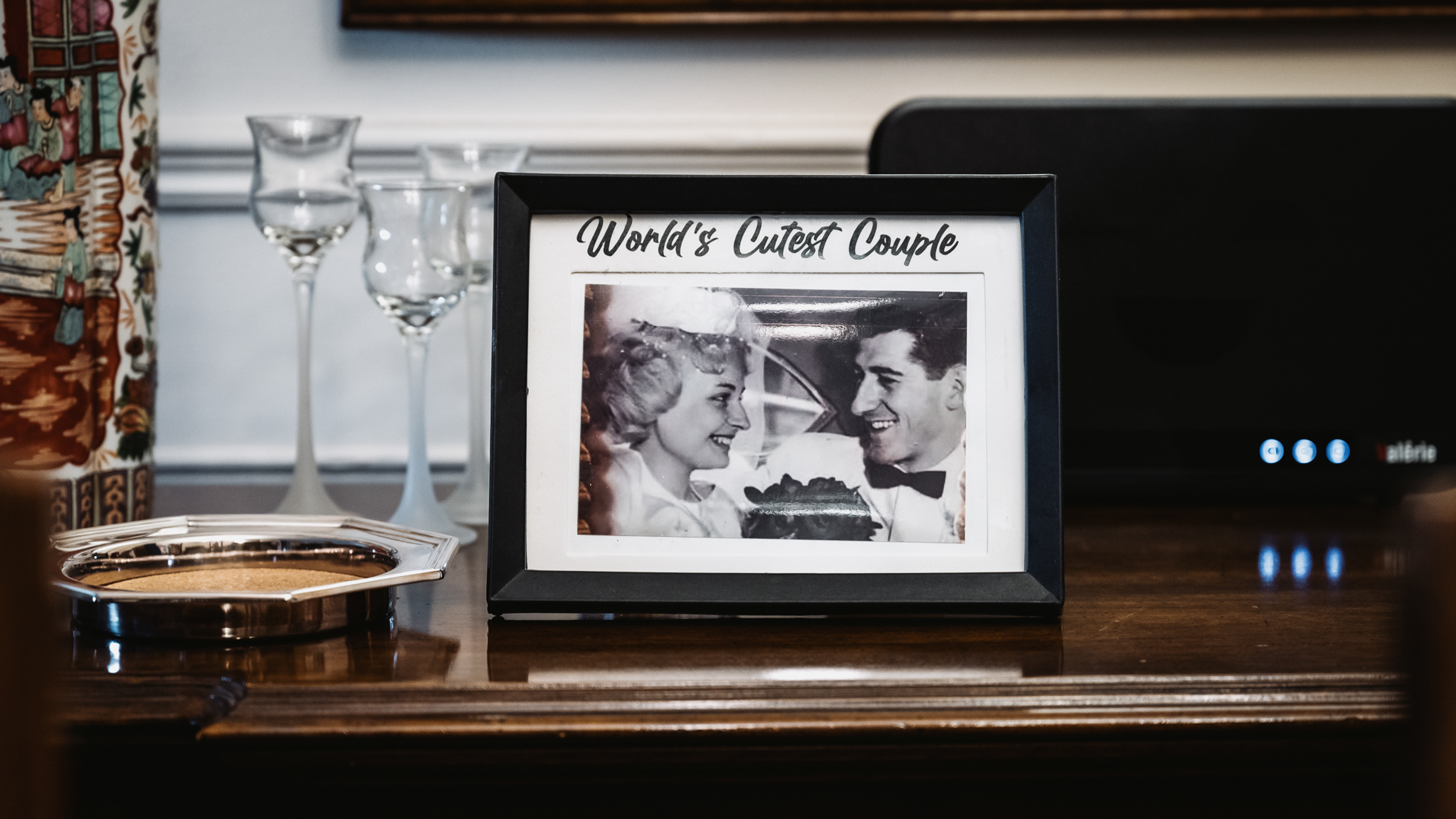 The son of Serbian immigrants, Bob is no stranger to hard work. Following his father’s death when he was only 16, Bob and his brother, George, stepped forward to breathe new life into the family business. “We turned my dad’s hotel into a place called Alexander’s, after Alexander Graham Bell,” says Bob. “Ann supervised the kitchen. It really took off.”

The Markoviches sold Alexander’s in the late ‘70s and created a club called The Cowboy, a local hotspot that fit 700 people and hosted some of the most popular bands in Ontario, from April Wine and Big Sugar to Blue Rodeo and David Wilcox. Like Alexander’s, it was a hopping joint and a full-on family business. Bob and George ran the place and Ann and the kids all pitched in.

Amidst his thriving business pursuits, Bob was also a proficient athlete. “You name it, at some point I played it,” he says with a wry smile. “Hockey, football—I was a quarterback for the Brantford Tiger Cats—golf, baseball, volleyball, bowling, and curling.” A love of sport is still strong in the Markovich household. “We follow tennis very closely,” says Bob. “Our guy is Djokovic. Ann and I don’t miss any of the matches.” 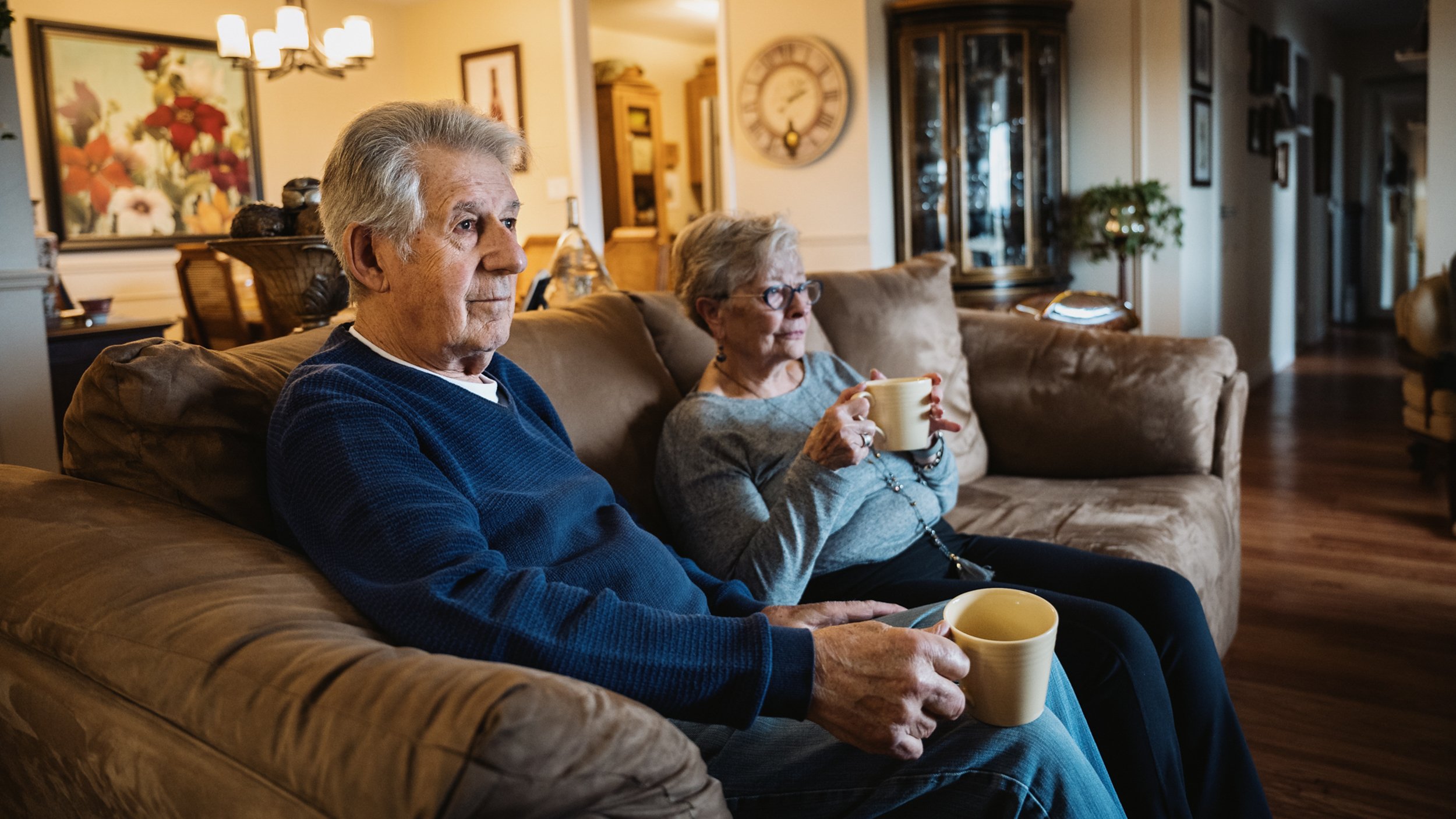 Immediately noticeable to any outsider is that Bob maintains a youthful energy that belies his age. He regularly goes for long walks around the city, at a remarkable clip for someone in their mid-80s. It was during one of these walks that he encountered the first signs that something may be wrong.

“Health-wise, I was never sick my whole life,” says Bob. “When I hit 80, things started to happen.”

At 80, Bob was diagnosed with, and treated for, prostate cancer. The “C” word already hung heavy in the air in the Markovich household. Bob and Ann’s eldest daughter Nadine had recently passed away from breast cancer at just 51 years old, and shortly thereafter Bob and a few members of the family discovered that they carry a rare genetic mutation that may predispose them to the disease.

Then, in 2019, after noticing that some of his fingers were losing their colour, he consulted his GP. “We joked that it might be time to move to Florida,” Bob laughs. “But I went for my routine blood tests a month or so later and my red and white blood cell counts were very low.” An appointment was quickly set with Dr. Dina Khalaf, a hematologist at the HHSC Juravinski Cancer Centre in Hamilton. 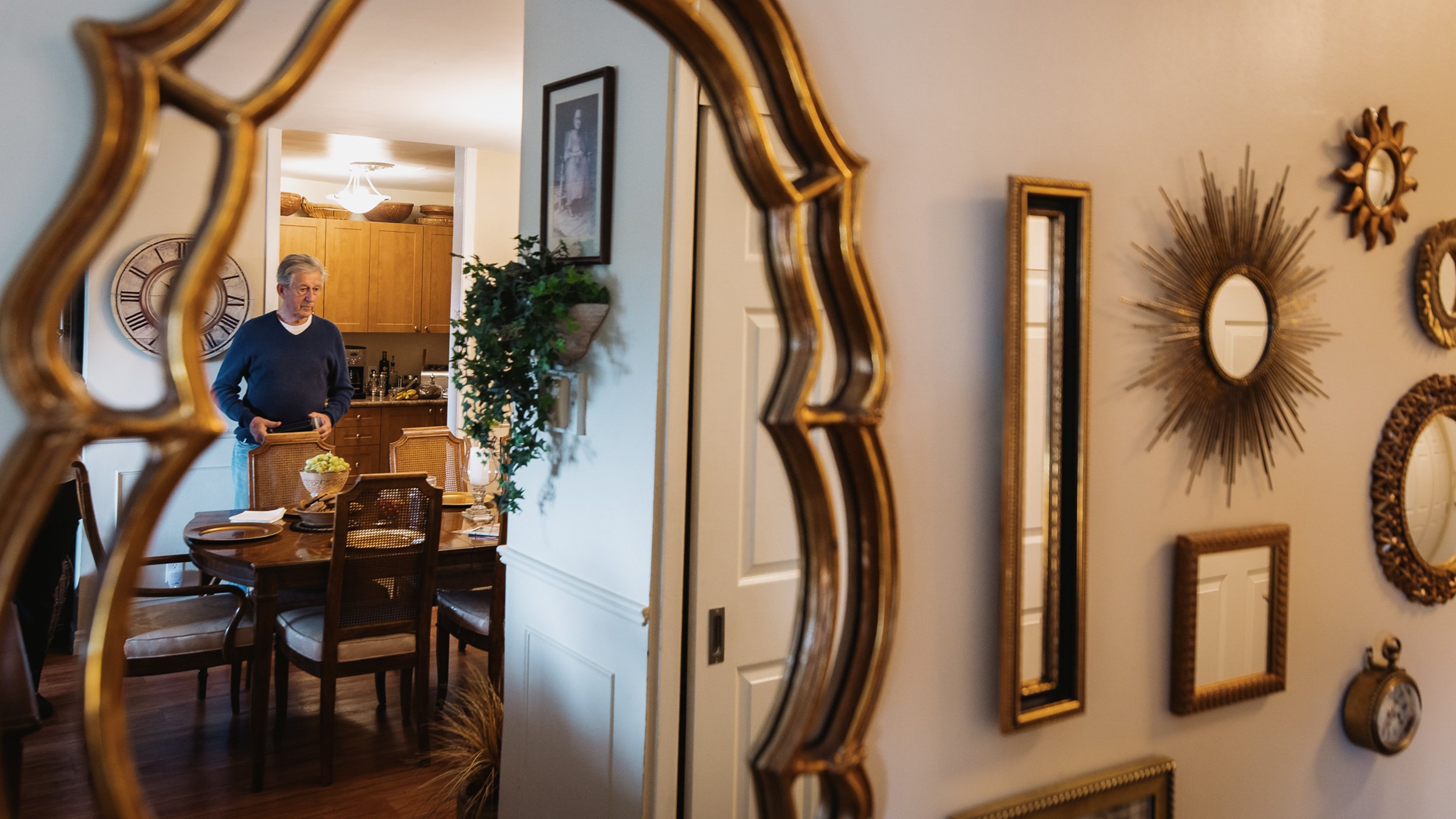 “My wife and I went to the appointment. Dr. Khalaf said that she’d like to do a bone marrow biopsy,” says Bob. “She did the biopsy right then and there. Two weeks later, she called and told me that I have MDS. In the beginning, I said ‘Why me?’ I’ve always done everything right.”

Bob and Ann have long prioritized being active and eating balanced, home-cooked meals. But their healthy lifestyles couldn’t prevent the onset of myelodysplastic syndrome (MDS), a type of cancer in which immature blood cells in the bone marrow don’t mature or become healthy blood cells.

“MDS is a heterogeneous disease, so it’s not considered to be one condition per se,” says Dr. Khalaf. “It may present itself at various degrees within a spectrum, as it affects the bone marrow, which is the factory of the blood cells. If left untreated, it can quickly progress to acute leukemia.”

The resulting low blood and platelet counts put MDS patients at serious risk of infection, anemia, and bleeding. The treatment required for Bob—who Dr. Khalaf says has an intermediate disease severity—initially involved frequent HMA injections. Seven days per month, for five cycles, Ann would drive Bob to Hamilton for treatment. This was at the height of COVID, and Ann was forced to wait outside the hospital for hours. 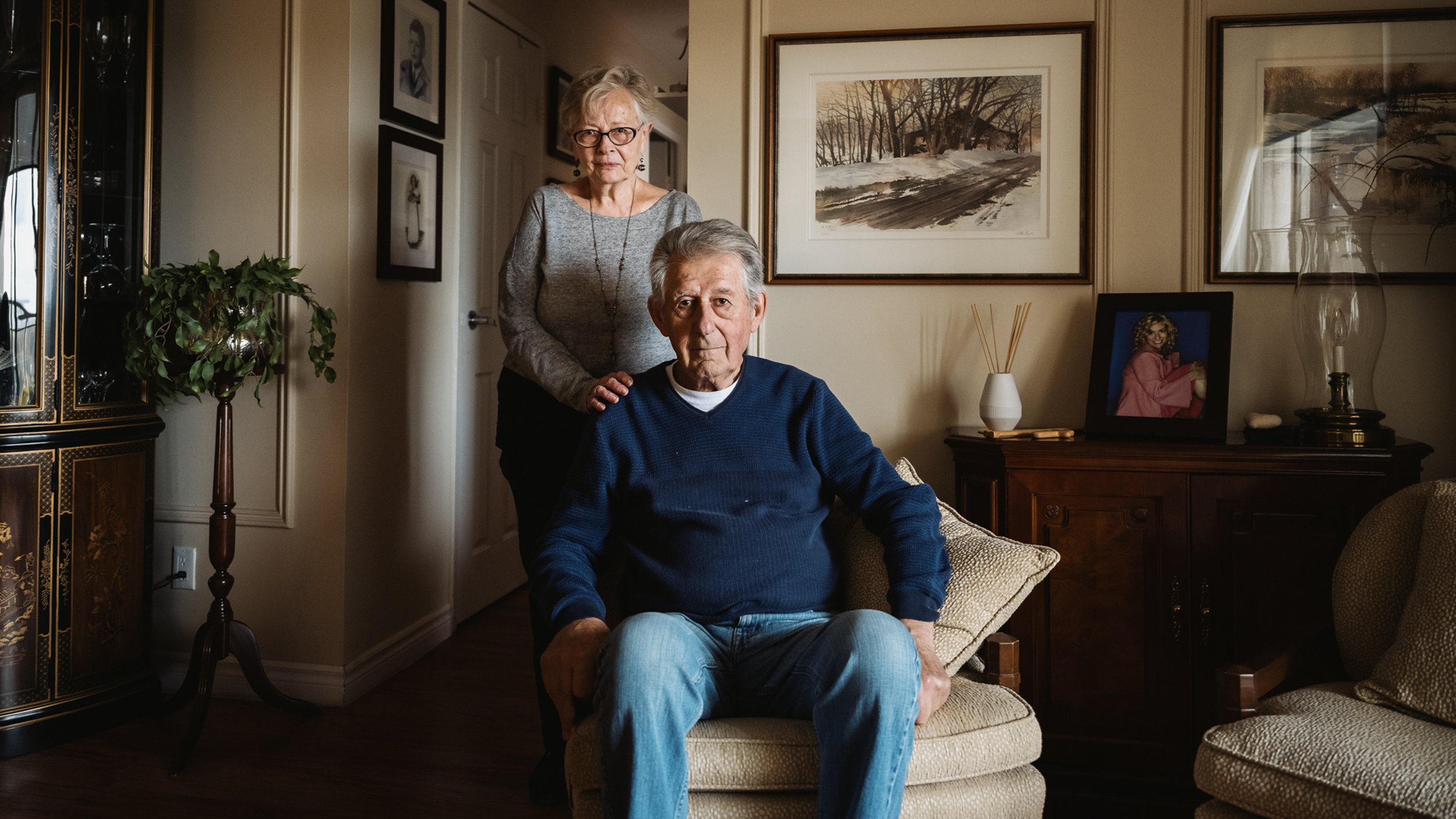 In 2021, Dr. Khalaf decided it was time to make a change and consulted with Bob, Ann, and their daughter Candace (“Candee”). “I have a sister-in-law who was battling breast cancer and she was doing most of her treatment at home, which sounded better than the alternative,” Bob adds. Soon after, the regular drives and stress-inducing visits to the hospital were replaced by an oral HMA regimen that could be administered, with ease, at home.

Most of Bob’s monitoring was replaced by virtual visits with Dr. Khalaf. “We’re doing monthly telehealth visits, which is quite convenient for patients, especially those who are older or come from smaller towns and remote areas,” says Dr. Khalaf. “Bob was a good candidate because his disease was under control. He’s also very reliable and compliant.” 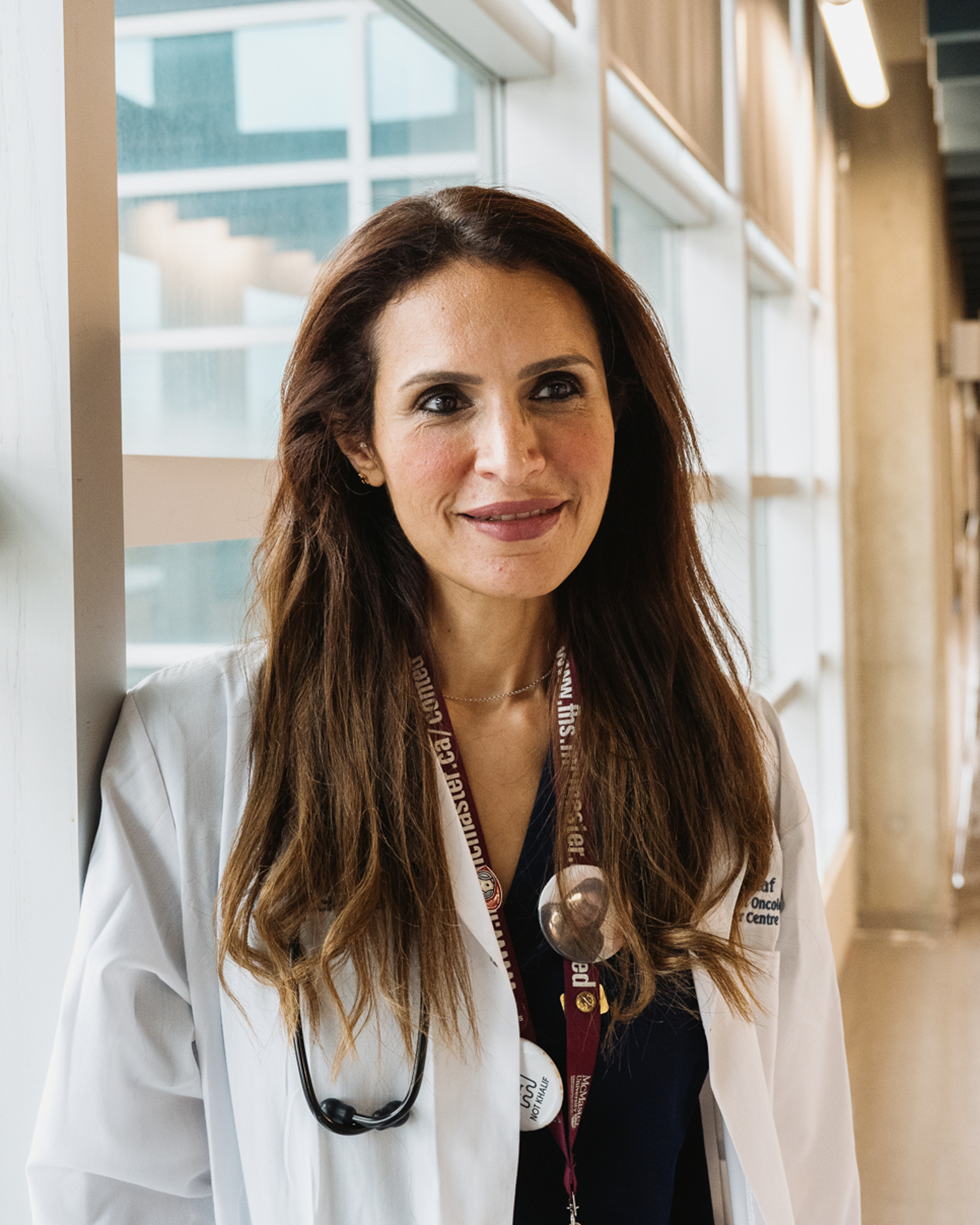 With indolent cancers like MDS, slow and steady wins the race, and Bob’s diligence has paid off. “Bob has done so well,” says Dr. Khalaf. “As of right now he’s in complete remission.”

Hearing that there’s no cancer present in his blood keeps Bob optimistic, which happens to be his natural default mode anyway. Candace, however, has a different perspective.

She’s been by her father’s side throughout all of his health challenges—“Candee is my go-to person,” says Bob—and chooses to approach her dad’s condition with a more cautious brand of optimism. For one, she recognizes that her father’s treatment isn’t a cure and that the disease could potentially return at any time. 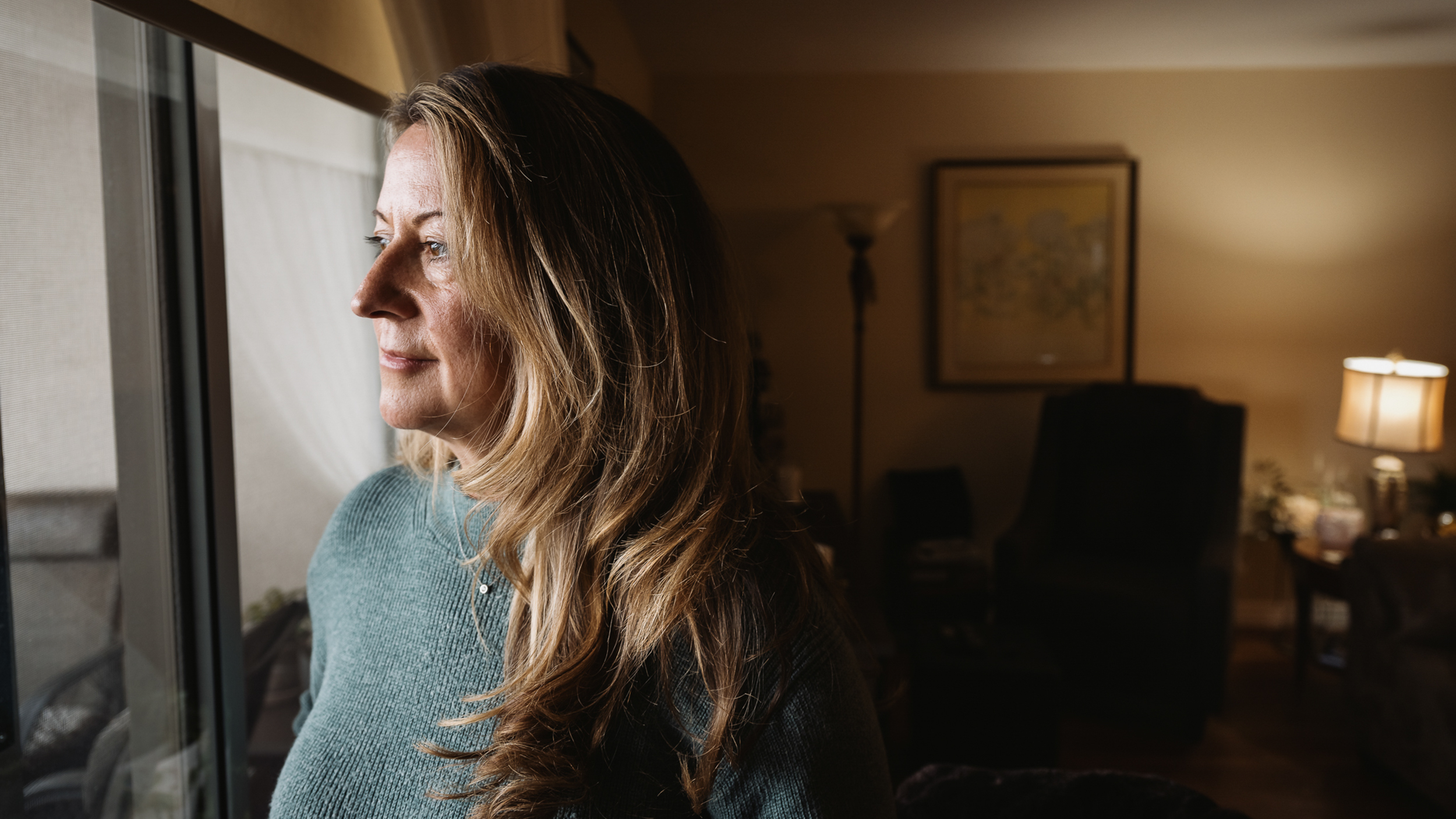 Teaming up to tackle cancer

Having stepped away from her own career to care for her young family, Candace now lives in Toronto with her husband, John, and two kids—12-year-old Ella and 9-year-old A.J.—but she’s consistently there for her parents, either in person or by phone, despite the distance. Her natural proclivity for research and analysis makes her the perfect hybrid of cheerleader and realist—two characteristics that are absolutely vital to being an effective caregiver.

Watching her older sister face cancer six years ago changed the way Candace approaches the health care system. “I learned that you really need to self-advocate to get the best care possible,” she says. As a result, she has whole-heartedly tackled the task of supporting, and advocating for, her dad.

She advises others in a similar position to attend their parents’ appointments, when possible, to make sure all relevant health information is being shared and that all of the right questions are being asked. She also sees great value in seeking the support of online and in-person knowledge-sharing and advocacy communities, like AAMAC. 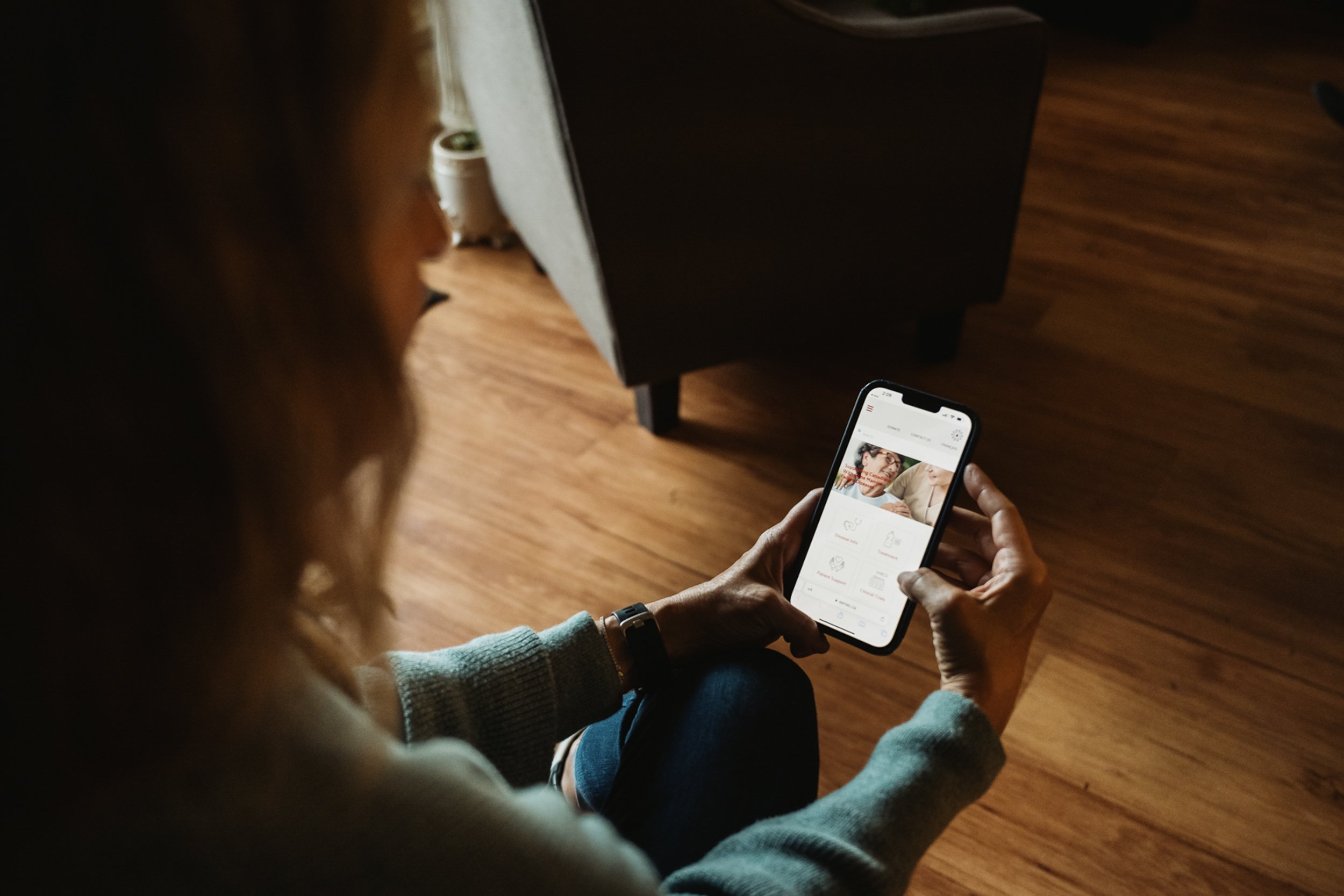 “My dad is an optimist and an extrovert,” says Candace. “Although I’ve inherited some of my father’s qualities, being a professional accountant helps me stay rooted in research and facts. We all play a role in families and my role is the researcher, the fact-finder, the person with the feet on the ground.”

Despite their differing playbooks, she readily acknowledges the merits of her father’s approach. “I definitely think he’s benefited from staying so positive. It reduces his stress and keeps him young at heart,” she adds. 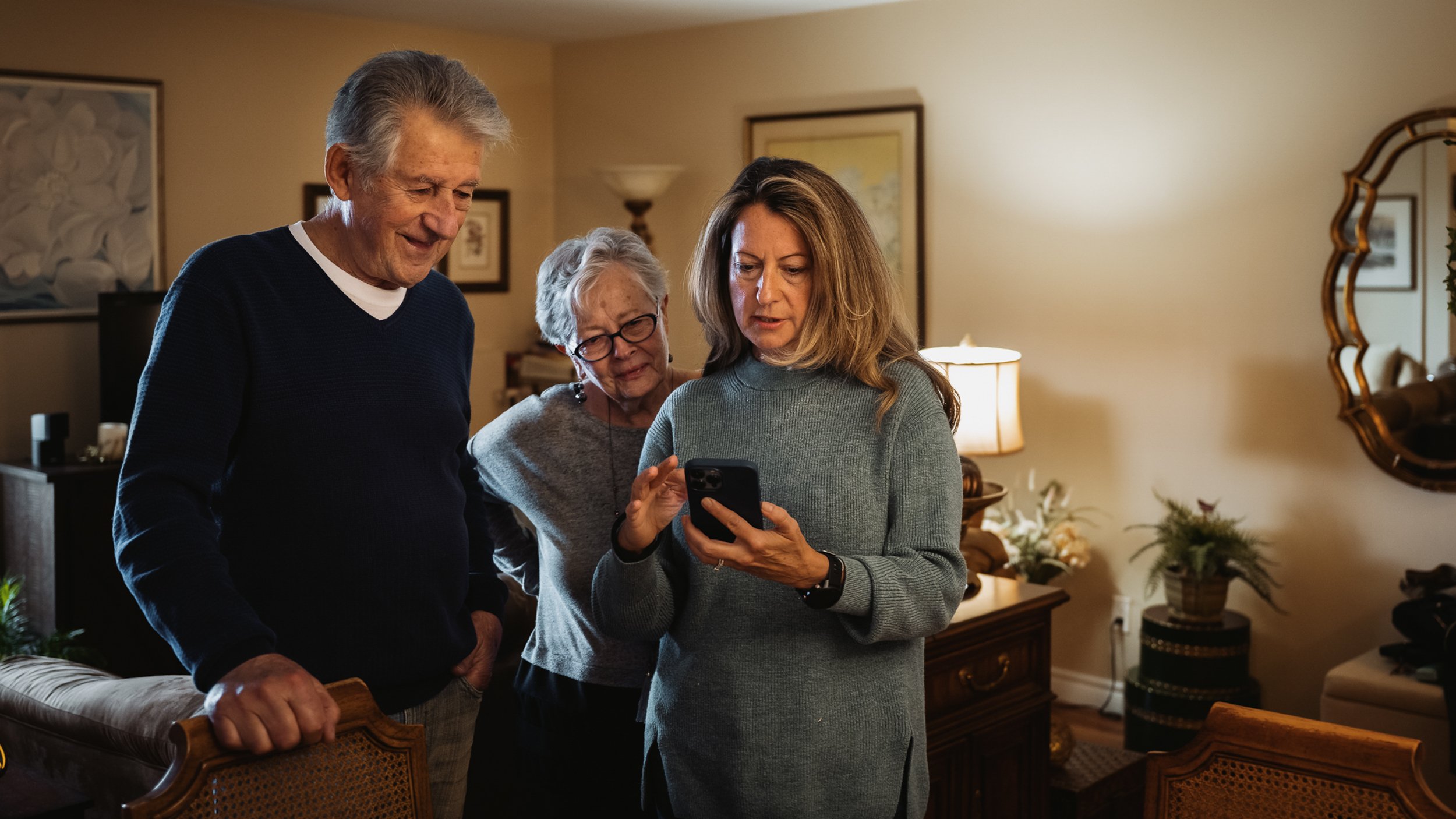 Looking to the future, Bob and Ann hope for many healthy, rewarding years ahead.

Bob has now been retired for 20 years—years spent travelling to the islands, across Canada and the U.S. in a trailer, and to Europe—and the couple are ready to relax and spend precious time together closer to home with family. This includes spending time with Candace and her clan both in Toronto and at their cottage in the Kawarthas, where Bob has traded in his football for a ping pong paddle. 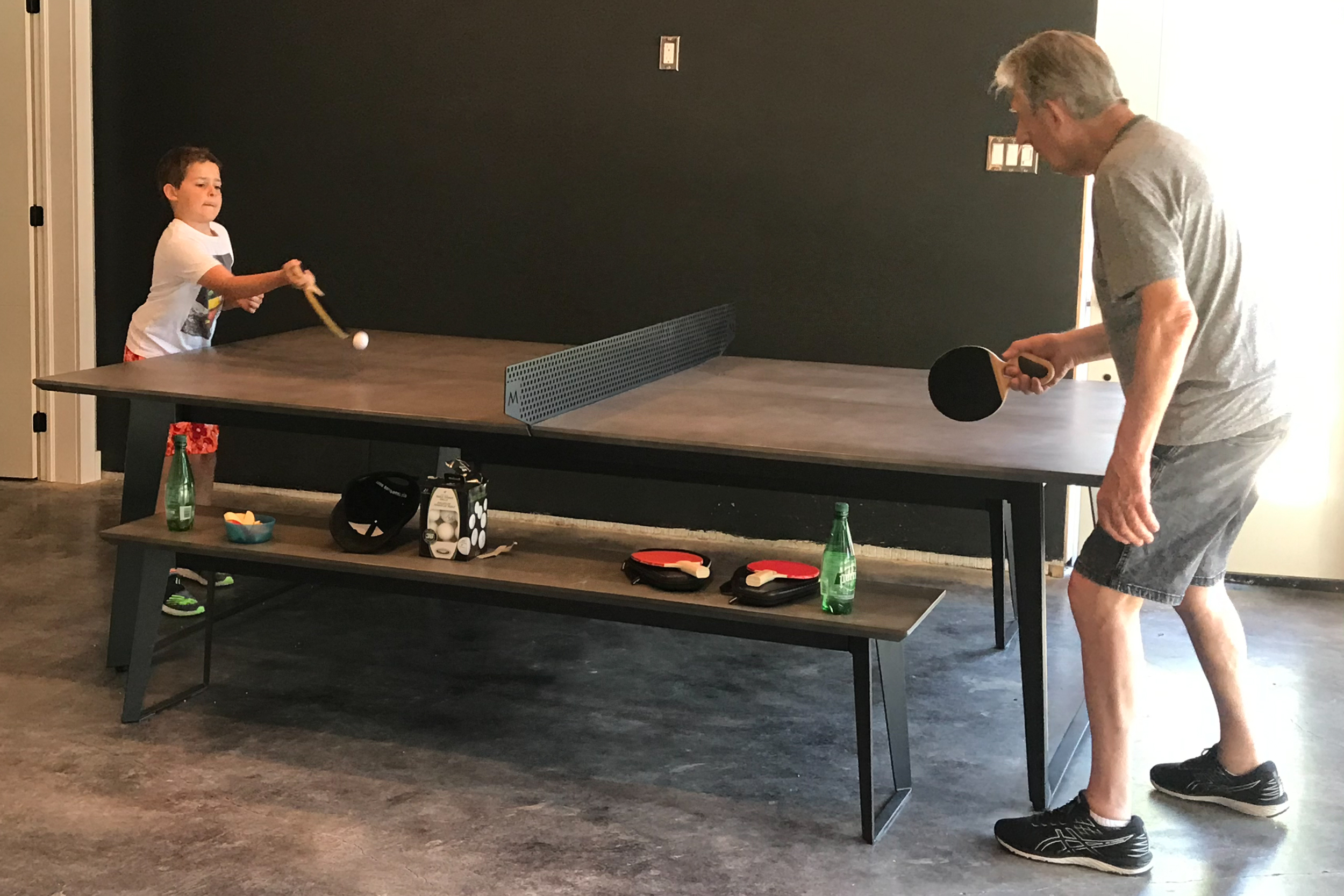 And while Bob and Ann occasionally talk about moving to the “big city” to be closer to the family, they know they’ll likely never leave Brantford, which has been home to so many of their happiest memories. “It’s a marvelous place,” says Bob. “And in our current apartment, I’ve never seen sunsets like we see here. They’re just spectacular.” As much as they love to visit Toronto or Stony Lake, Brantford will always be as much a part of their shared fabric as they are of its.

“I’ve done pretty well all I want to do in life,” says Bob. For him, every extra memory created with family and friends is a treasured cherry on top of a life well-lived. 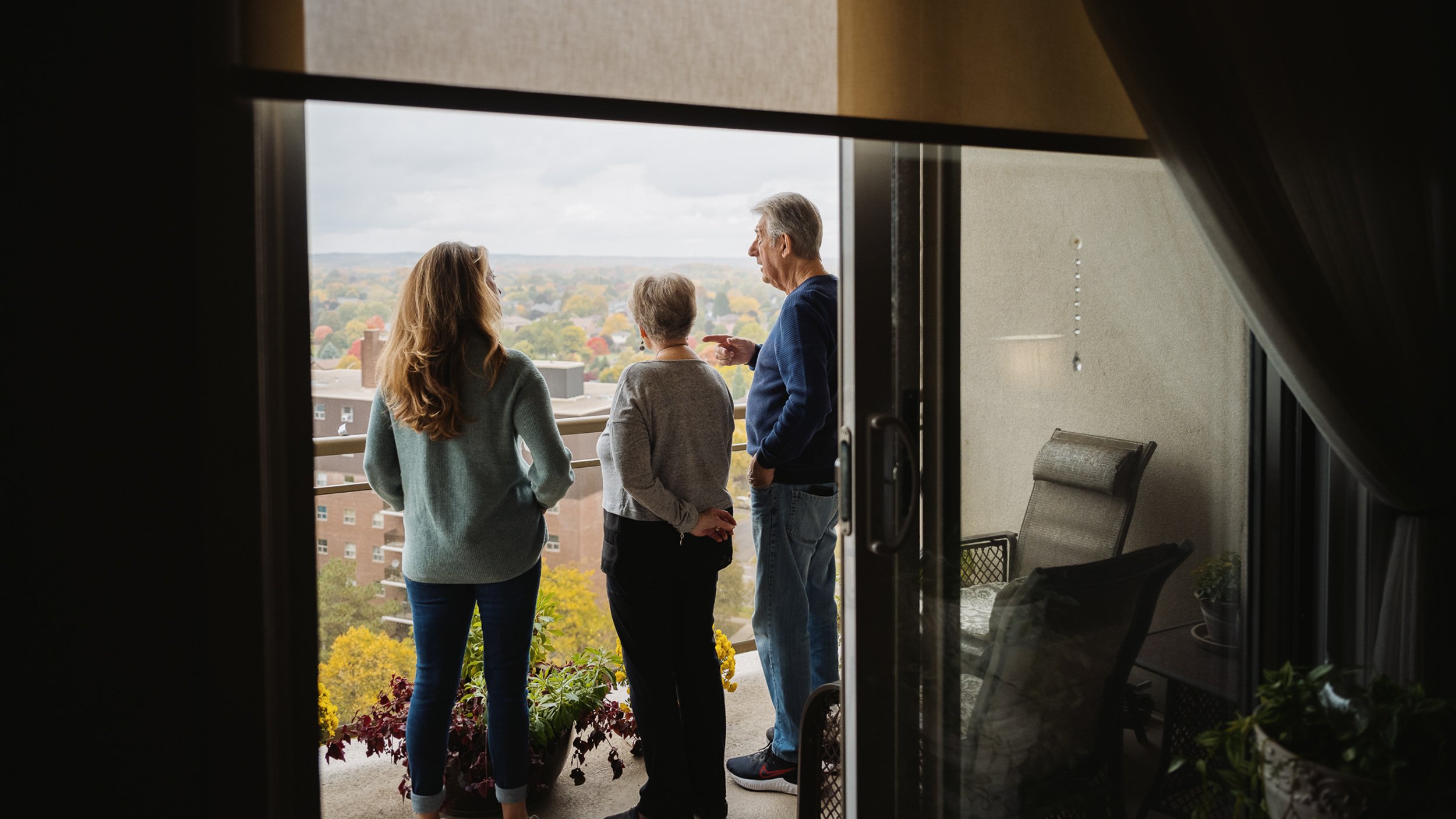 The Aplastic Anemia & Myelodysplasia Association of Canada (AAMAC) is a leading funder of research into bone marrow failure diseases in Canada. Our volunteer-run organization supports patients and caregivers across the country who are living with aplastic anemia, myelodysplastic syndrome (also called MDS or myelodysplasia) and paroxysmal nocturnal hemoglobinuria (PNH).

The COVID-19 pandemic has severely impacted Canada’s bone marrow registry. For more information on registry eligibility, please visit blood.ca. Your donation can save a life.

To seek educational materials or support from AAMAC, visit aamac.ca.