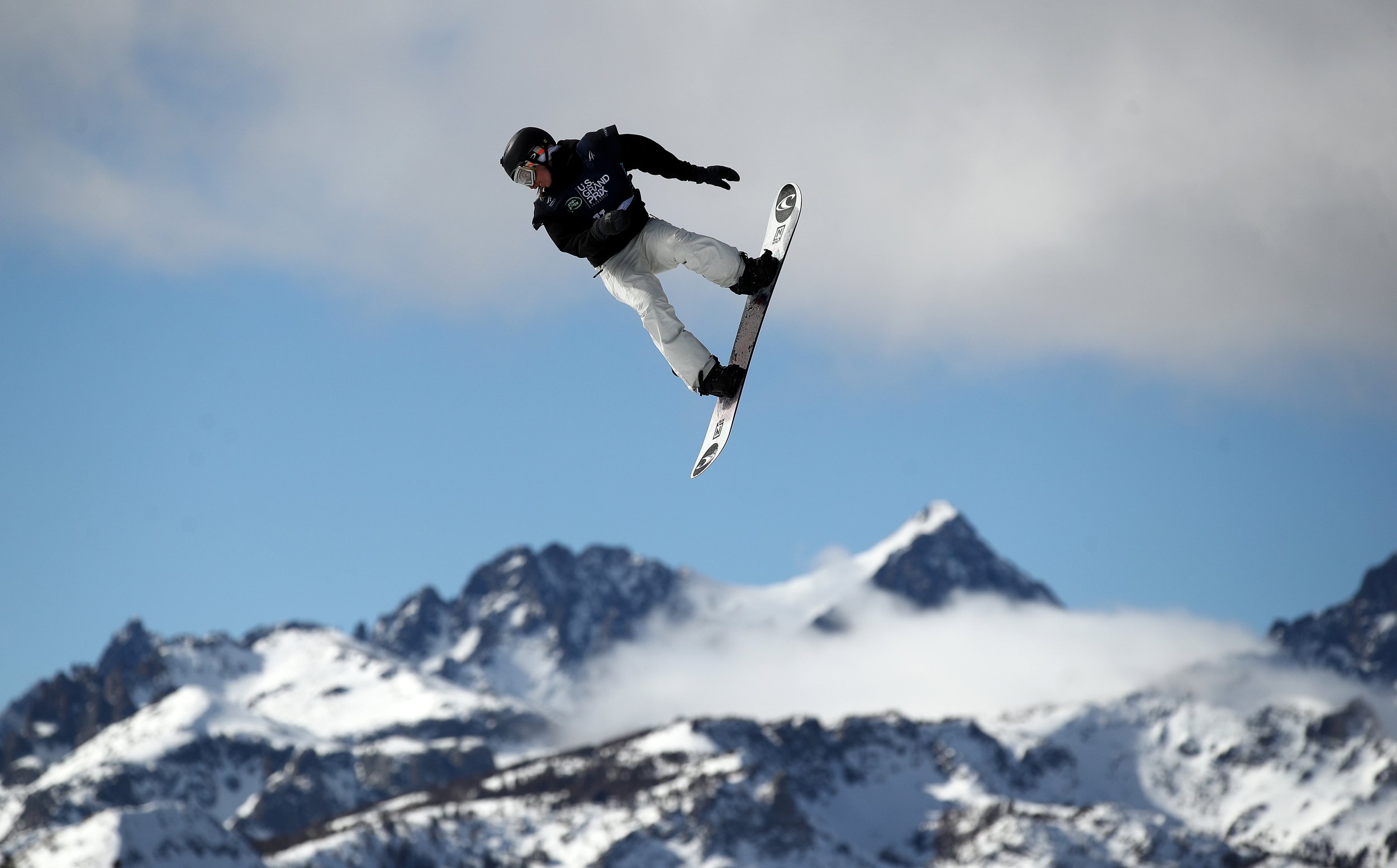 In Beijing, Blouin will draw on two decades of hard work and hard knocks. That and the lyrics of a certain country song.

These are the words of encouragement Laurie Blouin expects to hear when she hits the slopes to compete in the 2022 Beijing Olympics.

They’re what she heard through her headphones as she dropped into her silver medal-winning slopestyle snowboarding run at the 2018 Olympics, and what she pipes into her ears when she competes at the X Games, the annual extreme sports tournament where she’s won three medals, including a gold in 2019 in the “big air” event.

It’s always the same voice speaking to her: Shania Twain’s.

It turns out there’s no better soundtrack for competing in one of the world’s most extreme winter sports than Man! I Feel Like a Woman! The song was released when she was a baby, and still gets fans line dancing at country festivals. In Blouin’s case, it inspires a repertoire of astounding tricks like 1080s—three complete revolutions while airborne—that have made her a podium contender for this year’s Winter Games. “When I hear that song, I just want to dance,” she says. “It revs me up.”

MORE: Why is Canada playing in the 2022 Beijing Olympics, amidst China’s human rights abuses?

Blouin, 25, has always claimed her prerogative to have a little fun. As a kid growing up in Stoneham, Que., if she wasn’t hanging out with her horse, Bébé Neige, she was taking part in whatever activity her older brother Samuel was up to. Sometimes that meant doing flips on their backyard trampoline; other times, if they were stuck inside, it meant skateboard runs down the stairs. “Laurie made it to this level she’s at now in snowboarding by starting out with silly things like this to get rid of any fear,” says Samuel, who is five years older. “She’d watch me and want to try it right away.”

When her brother was racing down the slopes of Le Relais in Lac-Beauport, north of Quebec City, Laurie, then just six years old, picked up a snowboard for the first time.

Her parents themselves didn’t ski or snowboard. But the hill was a short drive from home, offering a convenient place for them to drop the kids for winter exercise. They enrolled Blouin in lessons, and she advanced through classes so quickly that she was soon riding the mountain herself to try out new tricks.

“My parents knew that I was good, but they were never there to watch me. They were just driving me and then picking me up,” Blouin says. “It was hard for them to think, ‘She has potential to be a pro snowboarder.’ They didn’t really know what that was.” 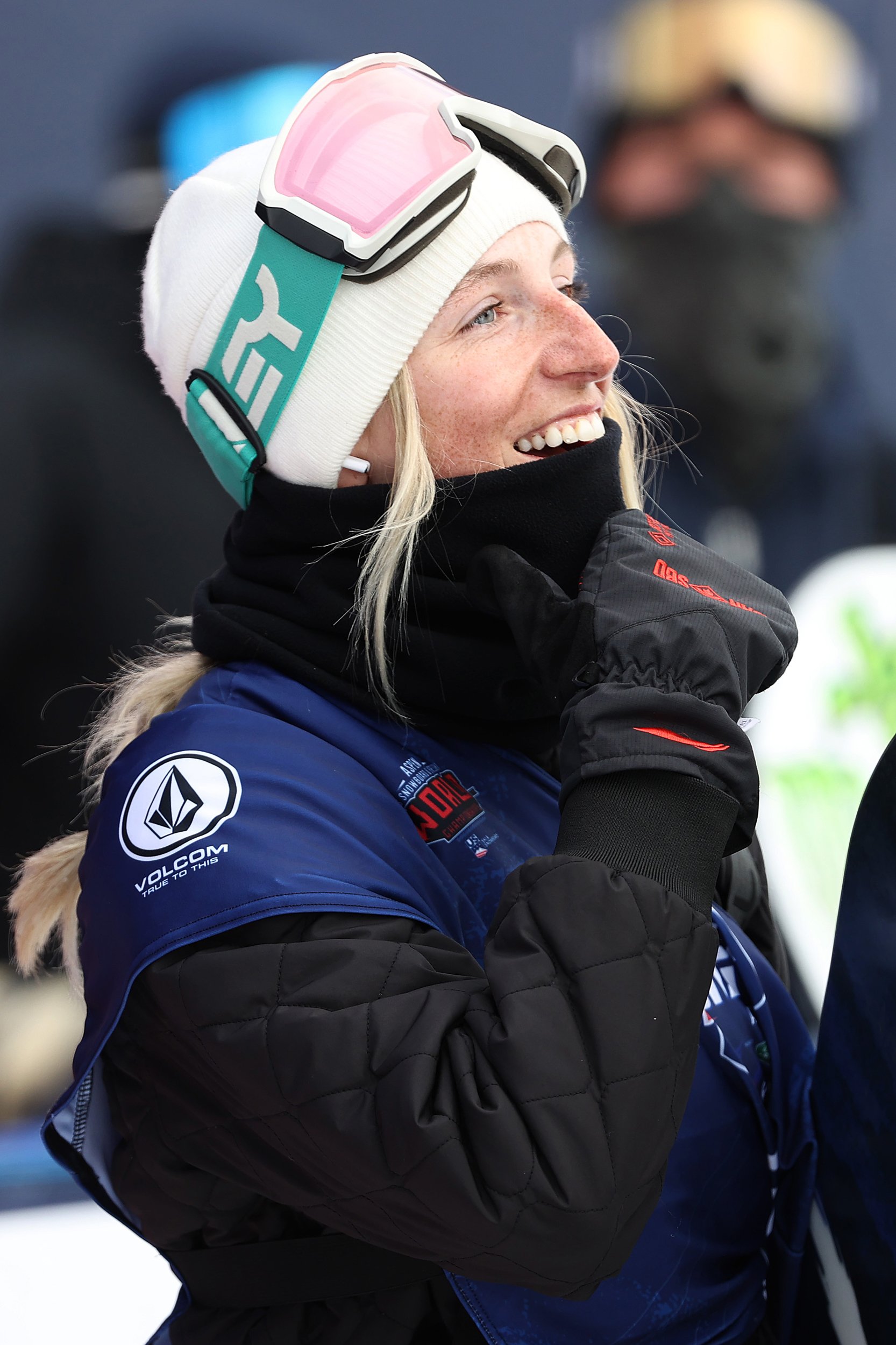 Blouin looked up to snowboarders who were making an impact on the international stage—people like Sébastien Toutant, a fellow Quebecer who, as a teenager, won multiple championships at the Shakedown, a now-defunct event regarded as the original snowboard games. Blouin took a keen interest in slopestyle, where competitors fly off a series of rails and jumps, and big air, where they perform eye-popping spins and rolls off one enormous jump.

If she wanted to be great like Toutant, Blouin asked herself, then why not reach out to his coach? At 13, she used Facebook to message Max Henault, a former professional snowboarder and one of the sport’s pioneers, telling him she wanted to work with him.

Though the sport was dominated by men at the time, Henault agreed to let her train at his property in Sainte-Agathe-des-Monts, Que., 100 km northwest of Montreal, where he’d bought land that included part of the former Mt. Castor ski hill. There, he’d built a training facility that included an Olympic-sized trampoline surrounded by mattresses for freestyle snowboarders to practise midair tricks without fear of injury.

READ: These adventurers are on a 7,600-km journey from the top to the bottom of Canada

“Trampoline gymnasts were way more technical than us snowboarders,” Henault says. “So I knew if I trained people on the trampoline, they’d become the best.” Blouin was already well versed with the balance and strength needed to practise on trampolines, thanks to those hours spent in her backyard. “She wasn’t scared of anything, partly because she had a brother who was pretty intense,” Henault says. “She never complained about being too thirsty or too tired, or things being too hard.” But Henault did have one nagging concern about Blouin: was she too small?

In those early years, he explains, Blouin lacked the momentum to safely clear some jumps at competitions. At one tournament in the U.S., Henault told her to forget even attempting the last jump and instead perform a relatively simple 360-degree spin next to it. Blouin followed his instructions, but as she landed, the front edge of her snowboard caught in the snow and she fell hard, face-first. Henault feared the injury might make her hesitant about future tricks. But Blouin was soon ready to get back to the big jumps.

When Blouin was born in 1996, the Winter Games had no snowboarding event. In 2010, Canada won three medals in the sport, including two of the 14 golds that lifted this country to the top of the standings at the Vancouver-Whistler Olympics. Four years later, Canada won 11 medals in freestyle skiing or snowboarding in Sochi, nearly half the country’s total. The X Games-style sports were big audience drivers in Canada, and two years out from the 2018 Olympics in PyeongChang, Korea, Henault’s “Imaximise” training facility was getting upgrades. There was a rope-tow system to get the athletes to the top of the hill faster, and they were about to install a massive, slanted-airbag landing pad on the slope for safe training jumps.

But Blouin was living in Quebec City, and Henault felt she wasn’t getting enough proper training to make an impact at PyeongChang. He approached Blouin’s mother, Martine Collin, with an ultimatum. “If you want your daughter to do well at the Olympics, she needs to live at my house for the next two years,” he told her. Henault had developed a concentrated training program that would ensure Blouin would be ready. If they agreed, he’d keep coaching her. If not, he was sorry, but his coaching tenure with her would end.

“Max believed that she had the ability to become a world champion,” says Collin. “I believed in Laurie, and I believed Max.” Blouin rented a room in Henault’s home next to the training ground, spending her free time chopping wood for fires, eating dinners with the family and acting as a big sister to Henault’s two young girls.

She was among the medal contenders going into the 2018 Games, but during a pre-competition practise run in PyeongChang she landed a final jump at high speed, struggling to stop on a torn-up stretch of snow where other competitors had been braking. “There were just so many bumps that I caught my edge and—smash—my face hit the ground,” she says. She was knocked out cold.

When she regained consciousness, the doctors and officials surrounding her said they weren’t sure if they could allow her to compete. “She was crying, saying, ‘I’m okay, Max,’ ” Henault remembers. “I told her: ‘Your head is more important than a medal.’ ”

Blouin says she had a feeling that she’d still be able to ride. She went to the hospital, completed all the concussion protocol tests and was cleared to return before her events took place. Days after the worst injury of her career, while listening to a certain familiar country song, Blouin won silver in slopestyle.

Canada won 29 medals at the 2018 Games, its second-best medal haul ever, Summer or Winter Games, trailing only the 44 medals won at the Soviet bloc-­boycotted 1984 Olympics. This year, the country is projected to win 26, according to the sports data analytics company Gracenote, but only five gold, which would be Canada’s fewest at a Winter Games since Lillehammer in 1994.

The lower expectations arise in part from the retirement of prominent Olympians, most notably in figure skating, where Canada will have to do without perennial contenders like Patrick Chan, Kaetlyn Osmond, Tessa Virtue and Scott Moir.

RELATED: Maggie Mac Neil will arrive at Tokyo 2020 with a bang. Three, in fact.

With a strong performance, then, Blouin could prove a major bright spot: a rising star who’s aiming to medal in two of the Games’ most spectacular events. She is the defending 2021 world champion in big air, and currently ranked fourth in the world rankings for slopestyle.

For the upcoming Games, she’s working on a new trick called a “frontside 1260” (3½ spins), something few women have successfully performed, along with another challenging one known as a “cab 1080.” If she can land them, Henault says, their degree of difficulty would likely bring home Olympic gold.

Blouin doesn’t talk about medals, but appears to have her 2022 mapped out. In January, she is to take part in the X Games in Aspen, Colo., and the Beijing Olympics come less than a month later. Then, this summer, she plans to hit the Burl’s Creek Event Grounds in Oro-Medonte, Ont., where the Boots and Hearts country music festival will be in full swing, with Shania Twain as its headline act.

This profile appears in print in the February 2022 issue of Maclean’s magazine with the headline, “Peak performer.” Subscribe to the monthly print magazine here.