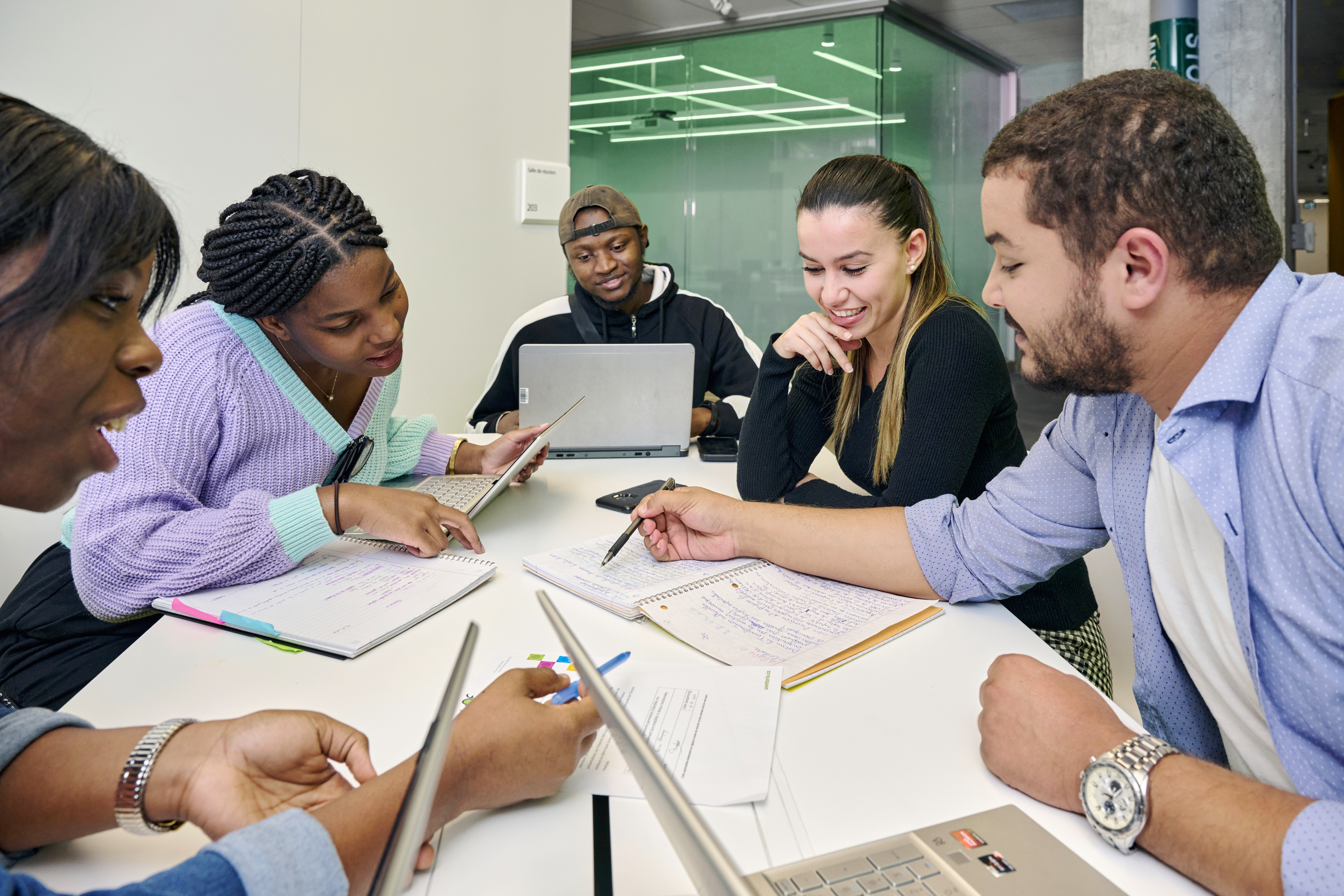 A look inside Toronto’s only francophone university

French education in Ontario doesn’t have to end at high school graduation. The Université de l’Ontario français (UOF) in downtown Toronto offers Francophones from Ontario and across the world an immersive French learning experience in the heart of one of North America’s largest cities.

Preparing Francophones for the 21st century

Now in its second year, Université de l’Ontario français offers four honours bachelor of Social Sciences programs designed to equip graduates with the skills to tackle some of today’s most relevant issues, such digital technology, urban expansion, sustainability and diversity.

“The founders of the university wanted to offer programs that are oriented towards the needs of the job market as well as communities,” says UOF president Pierre Ouellette. “UOF students are graduates for the 21st century.” The four programs on offer are: digital cultures, urban environments, human plurality and economy and social innovation. A Bachelor of Education program launches in 2023 (pending certification by the Ontario College of Teachers), with plans for a program in business administration in the works.

Choosing a course of study can be challenging for high school students when it’s time to apply to universities and colleges. It helps that UOF’s distinctive programs appeal to a range of contemporary interests. The digital cultures program explores how digital communications shapes society, while the urban environments program prepares graduates to plan and develop cities in a sustainable and equitable way. 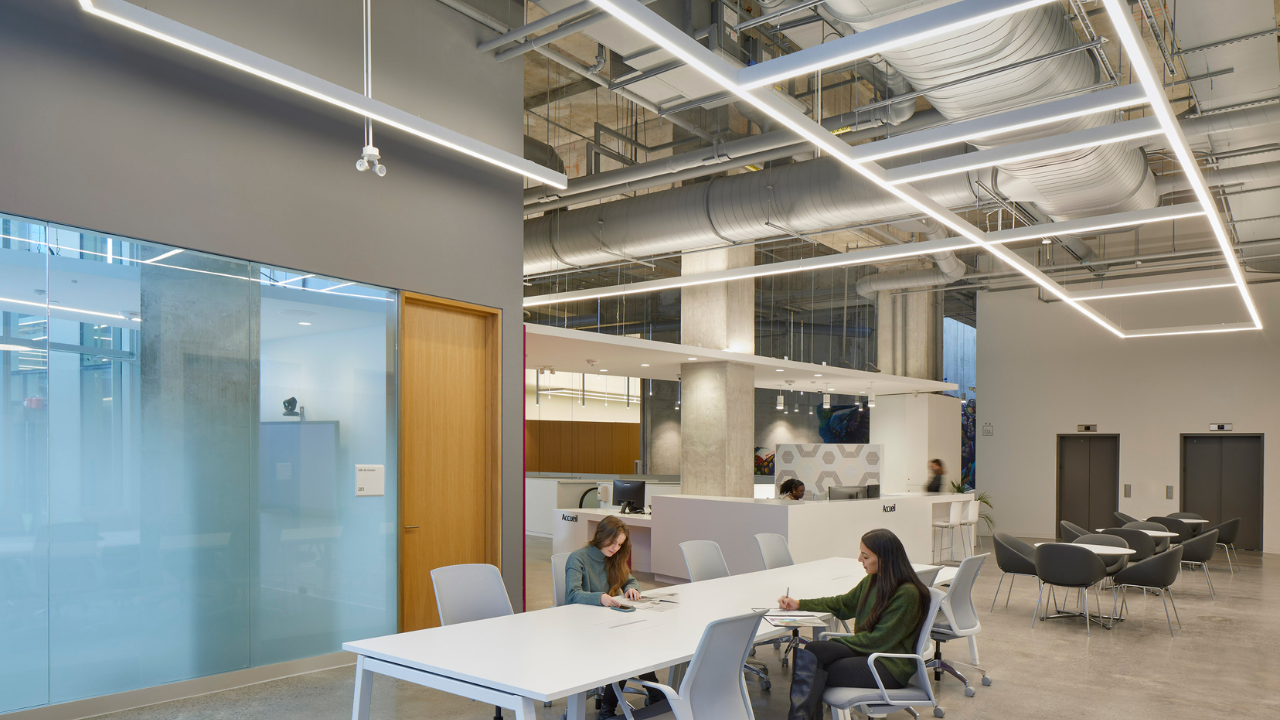 The economy and social innovation program explores globalization, social innovation, community development and entrepreneurship. For students interested in fostering equity, inclusion and diversity in organizations and society, the human plurality program may be the right fit. While each program is distinct, common threads weave through all of them, making collaboration across disciplines possible—and a cornerstone of the UOF philosophy.

“Every UOF course is offered by a team of professors,” says Ouellette, emphasizing that the university’s student-centred learning philosophy prioritizes exploration and experimentation. Theory—though equally important—is introduced after students have had hands-on practice and exposure to real-life cases. The school setting, itself, can also enrich the learning experience.

“I like the fact that we are from different backgrounds and nationalities, especially because I am in the human plurality program,” says second year student Rayane Dahmani. “It helps me apply what I’m learning on a deeper level, since the focus is on culture, tradition, identity, spirituality, religion and what makes us human.” 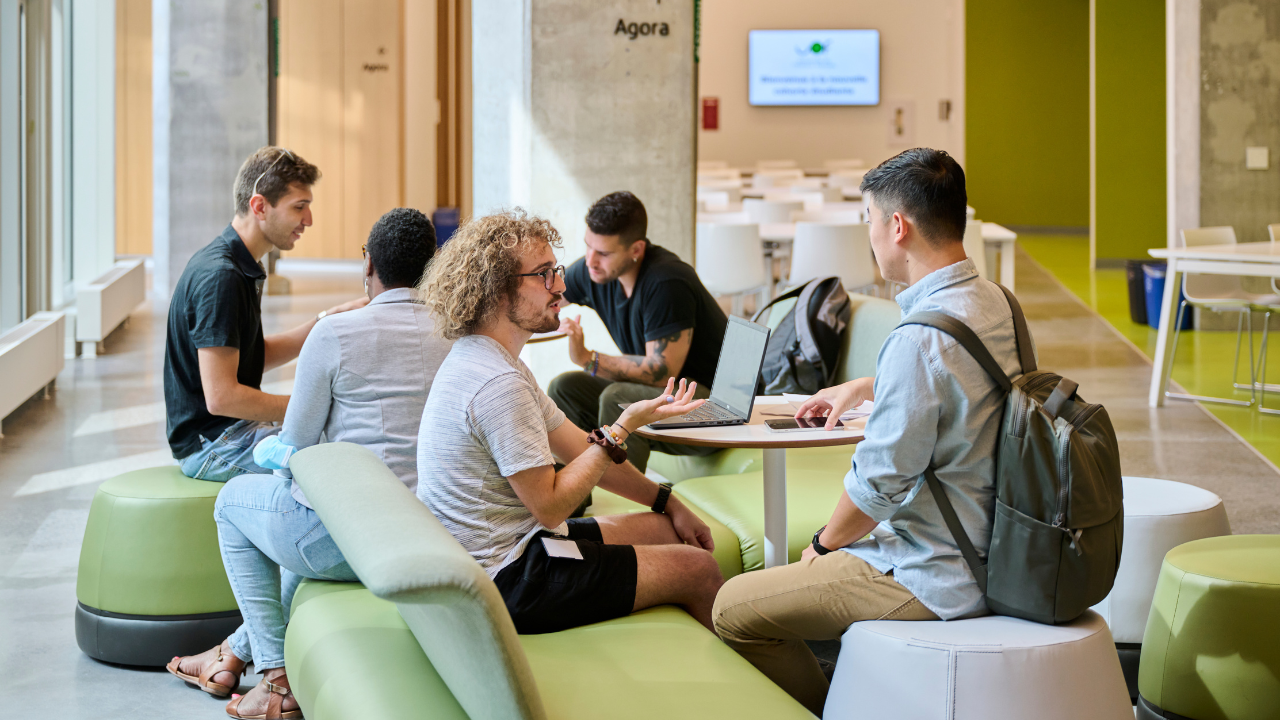 The UOF campus is located steps from Lake Ontario and walking distance from Toronto’s biggest spectator venues, popular shopping districts and vibrant nightlife. The downtown location informed the university’s modern industrial design that features high ceilings, exposed beams and open spaces against a fresh palette of white, green and natural wood tones. Most notable of all are floor to ceiling windows that wrap the university’s communal spaces, offering panoramic views of the city from its second-storey vantage point.

All classrooms are outfitted with cameras and audio so students can attend remotely or in-person, and its fully digital library means access to books is never more than a few clicks away. A small university, students can enjoy the benefits of a close-knit community that faculty help nurture.

“We learn in small groups and the professors know each one of our names,” says Dahmani. “We’re really close. They’re always there to listen and are patient with us.” 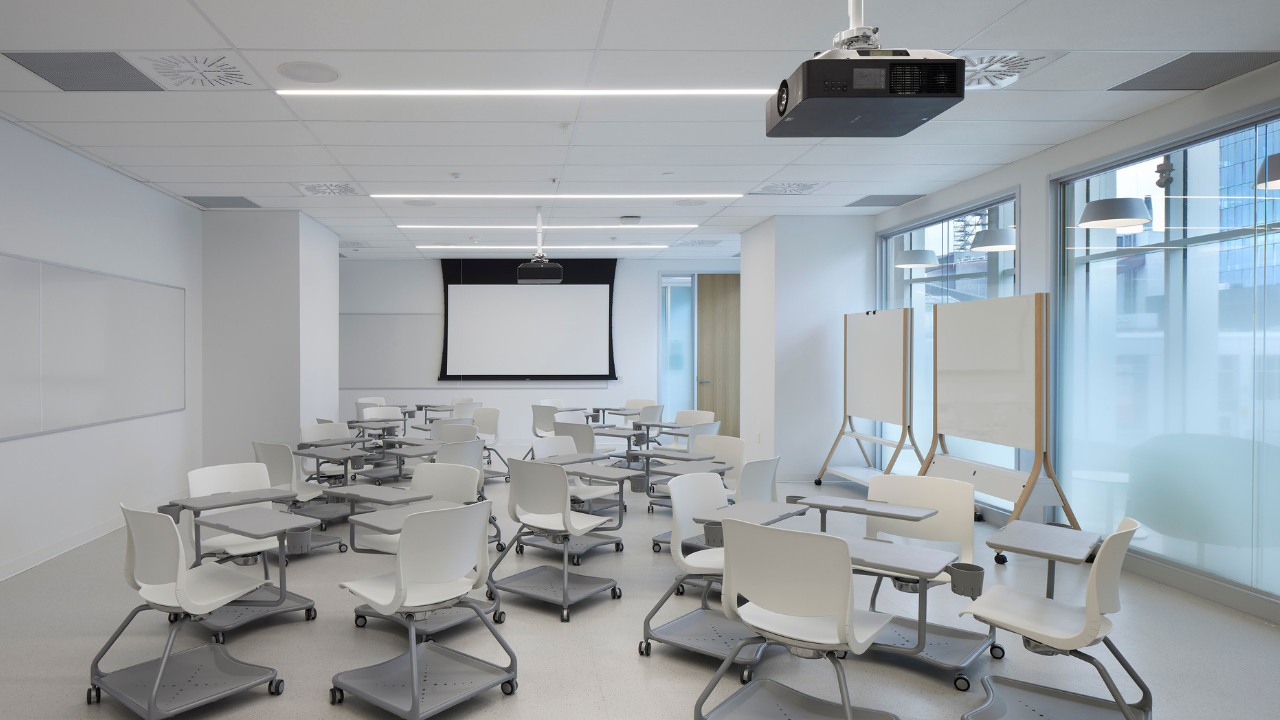 The province of Ontario is home to the largest Francophone population in Canada outside of Québec. While French language education is largely accessible from JK to grade 12, options for French students sharply drop after high school graduation, limiting Franco-Ontarians’ ability to continue learning in their language, as well as curbing their potential to benefit from the demand for bilingual employees.

“It’s important for students to have the option to keep studying in French at the university level,” says Ouellette. “Access to French programs at this level is one- to three- per cent of what’s accessible to English students in this area.” UOF is committed to closing that gap with programs that students want and the global workplace demands. It doesn’t hurt that earning potential tends to increase for employees who fluently speak both languages. 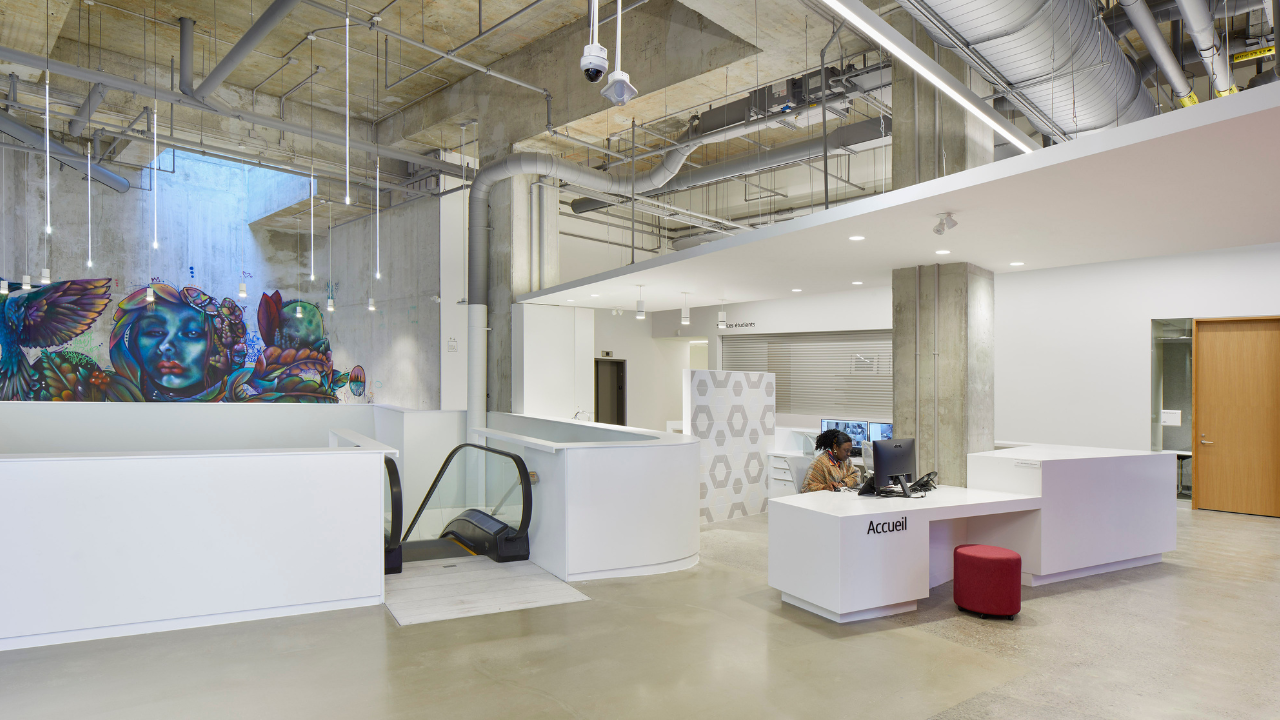 But does a university education in French really make much difference in the workplace performance? Recent findings suggest so. A study by Statistics Canada on language used at work by graduates of post-secondary institutions confirms the linguistic value of French language education past grade 12.

UOF offers an ideal setting for students to become fluent in both languages, according to Dahmani who chose the university not only for its unique program, but because of the location. “Toronto is a multicultural city with lots of English speakers which allows me to practice my English.”

The university welcomes graduates of French schools and French immersion programs in Ontario and across Canada to apply. Tours are available year-round to experience the uniqueness of UOF, located in the heart of downtown Toronto.