Late-season salmon runs are still meeting a grizzly fate, even after the bears are supposed to be headed for their winter sleep 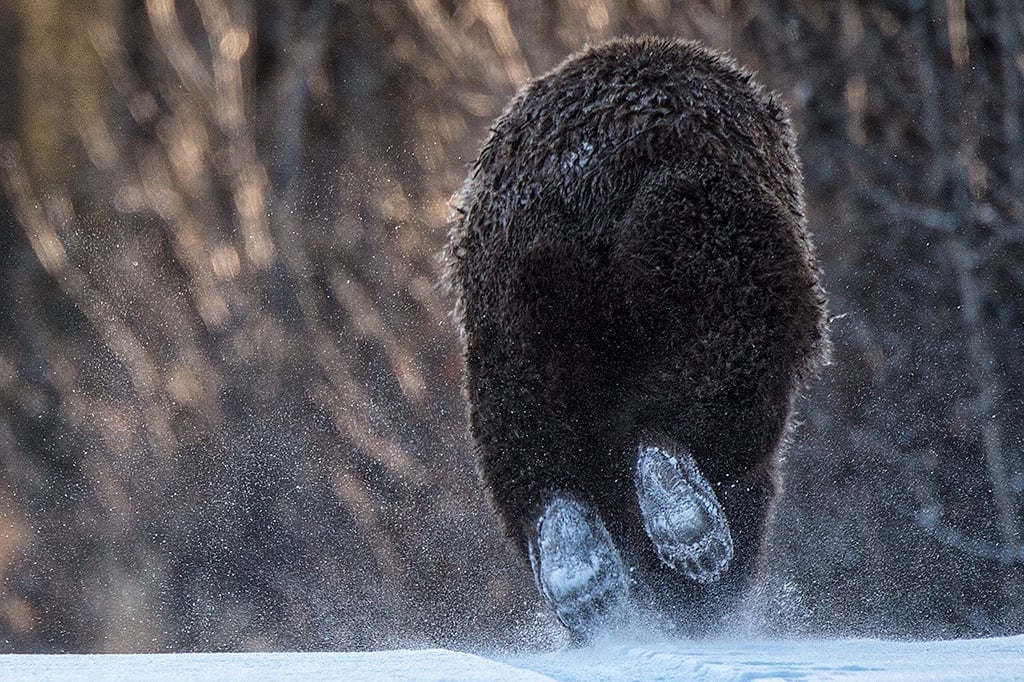 A grizzly bear fleeing humans through the snow. 90% of encounters between bears and people end this way, with bears quickly fleeing the sight of humans.

The glutes of this grizzly bear should shrink in the winter; most of the species in Yukon retreat to dens by mid-November. However, an extra run of salmon kept this omnivore eating weeks past its bedtime, when it was spotted by photographer Peter Mathers. Grizzlies can eat up to 65,000 calories per day—storing the fat first in their torsos, then shoulders, legs and bums—without losing their fitness to protect themselves. “Being excessively fat has absolutely no disadvantage,” says Scott Neilsen, a wildlife biologist at the University of Alberta. “A 500-lb. bear wants to be a 600-lb. bear, and a 600-lb. bear wants to be a 700-lb. bear. Present them more food? That’s a bonus.”