Sometimes circumstances call for decisive action. From our Year in Pictures issue, a photo celebration of those who rose to the challenge. 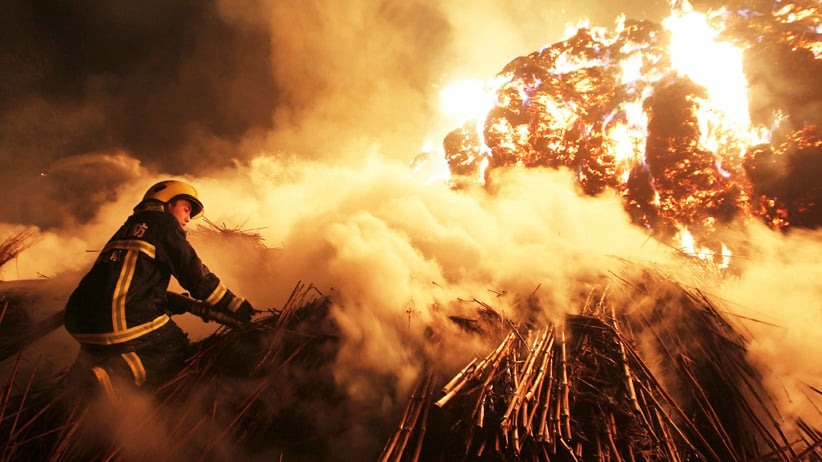 A firefighter attempts to extinguish a blaze that broke out on piles of reed at a paper factory in Changde, Hunan province, China. No casualties were reported, according to local media. (Reuters) 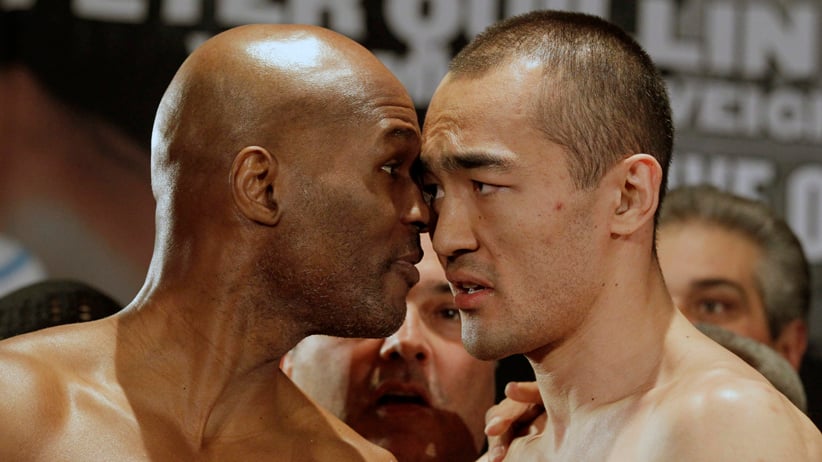 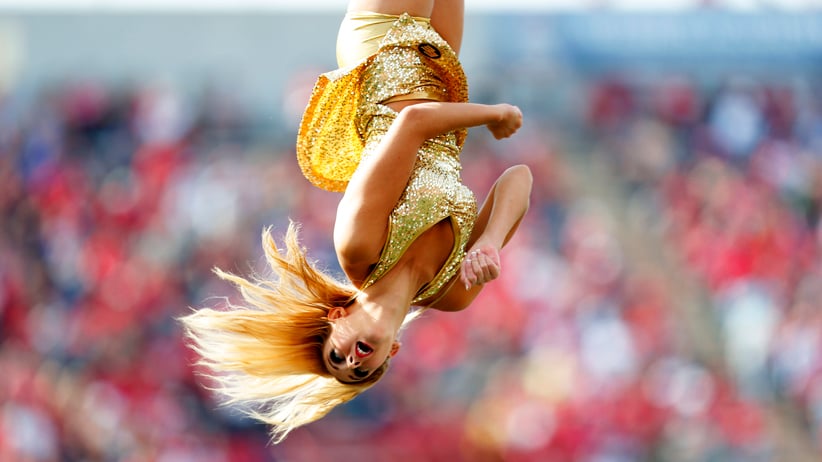 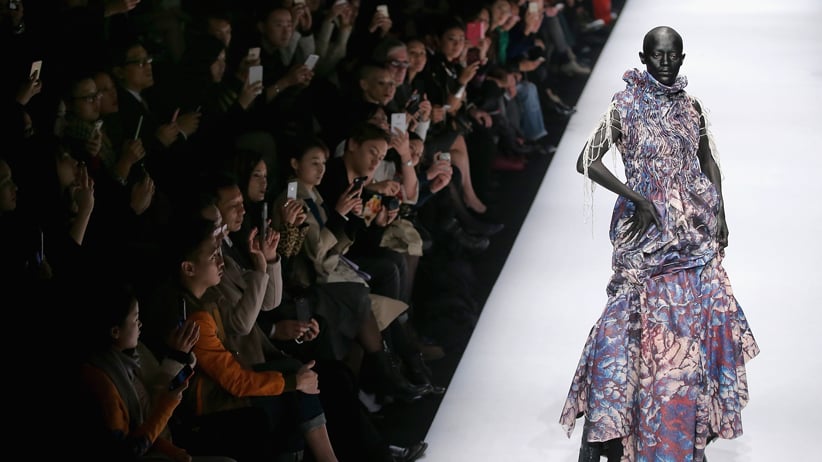 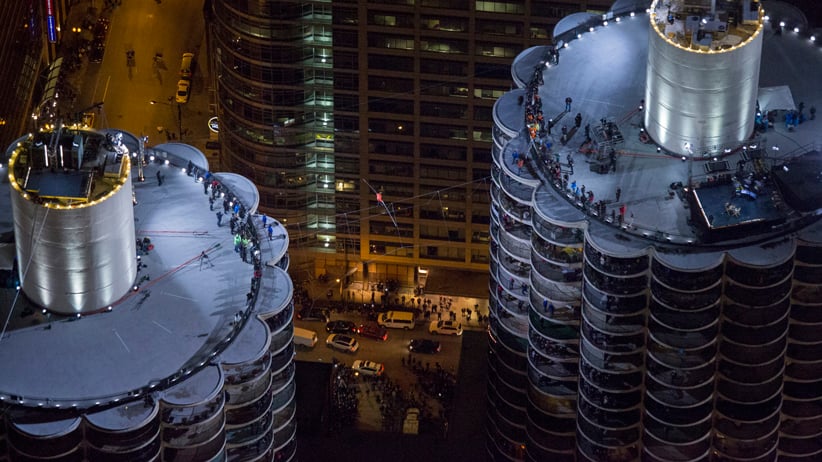 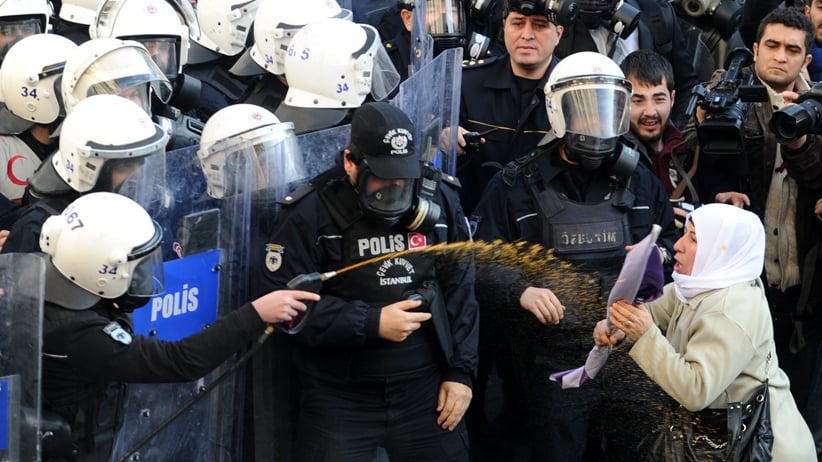 A woman confronts Turkish riot police as they spray tear gas on demonstrators in front of the French consulate in Istanbul, Turkey. The protesters are demanding justice for three female Kurdish rebels killed a year ago in Paris. (Ozan Kose/AFP/Getty Images) 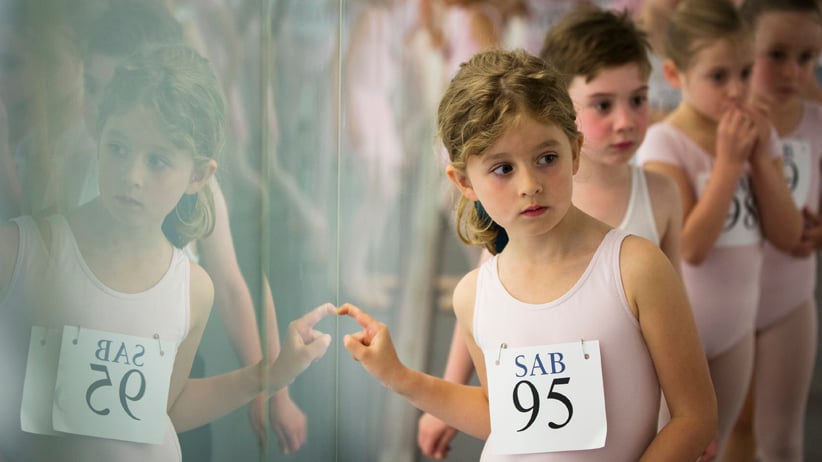 Children wait their turn to audition for New York’s School of American Ballet. The school is holding auditions for more than 600 beginner ballet students to fill the 120 spots available to study on campus. (Lucas Jackson/Reuters) 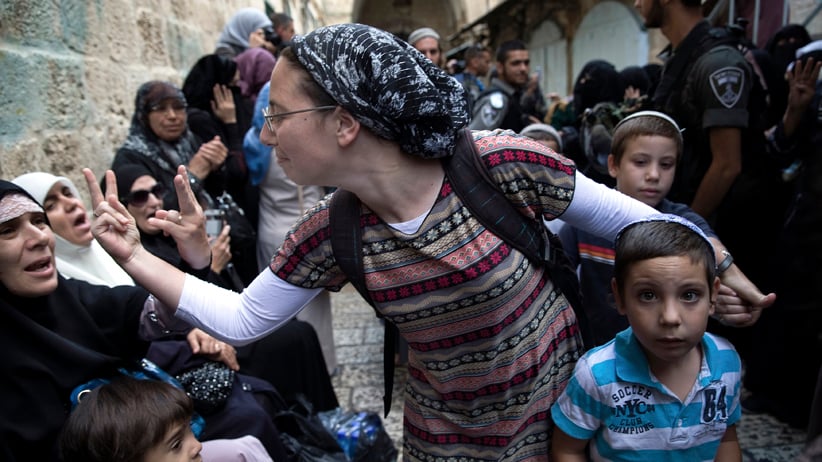 An Israeli gestures at a Palestinian during a protest by Palestinian women against Jewish visitors to the compound known to Muslims as Noble Sanctuary, and to Jews as Temple Mount in Jerusalem’s old city (Finbarr O’Reilly/Reuters) 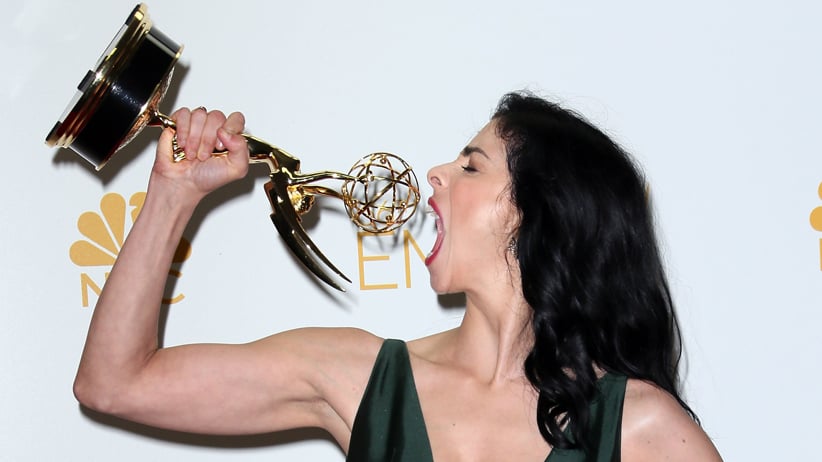 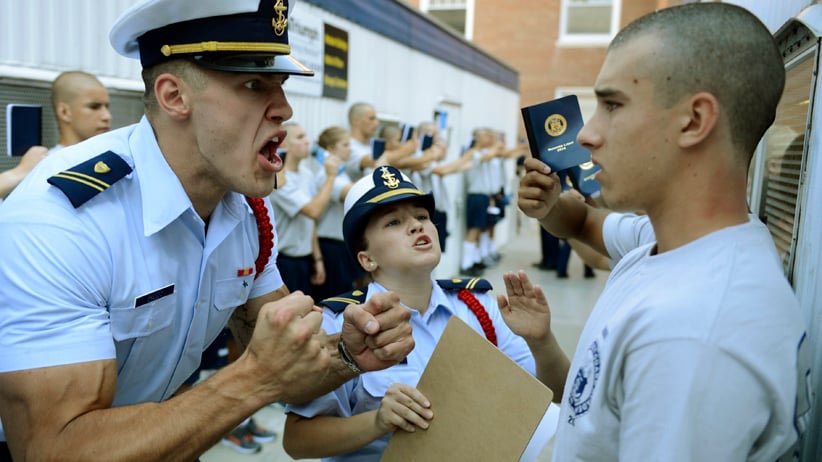 U.S. Coast Guard Academy Cadets Second Class Aurimas Juodka (left) and Sheila Bertrand get in the face of “swab” Kevin Lennox on R-Day, the reporting-in day that marks the beginning of the seven-week “swab summer” for the class of 2018 in New London, Conn. About 250 prospective cadets start the program designed to indoctrinate them into the military life of the academy. (Sean D. Elliot/AP) 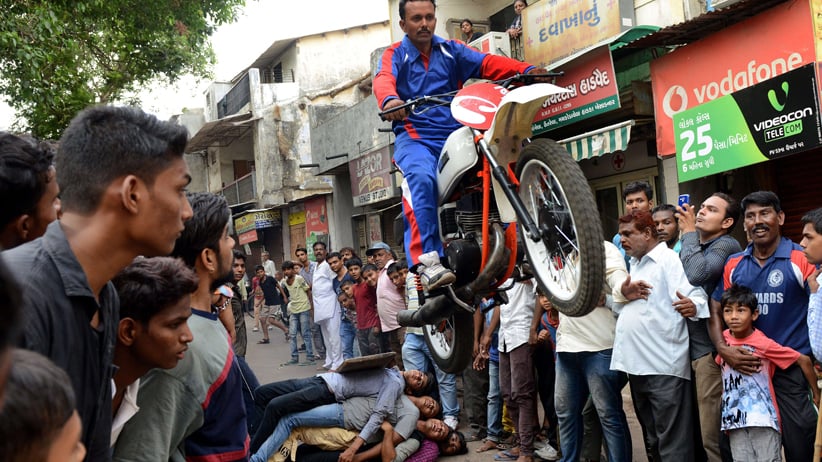 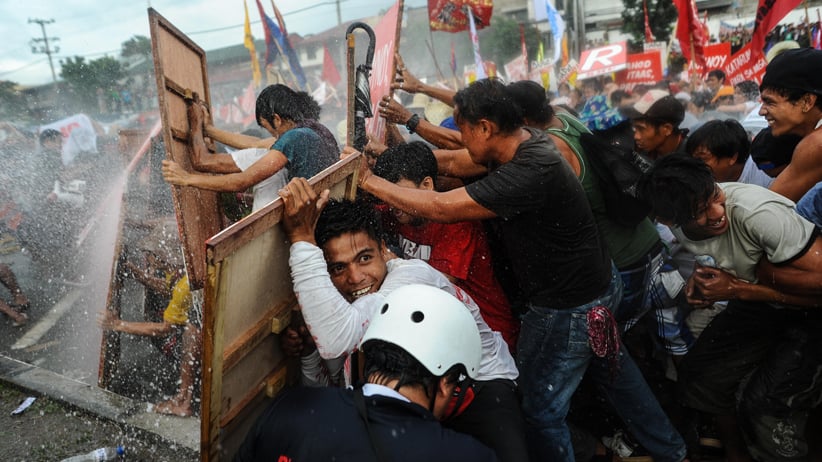 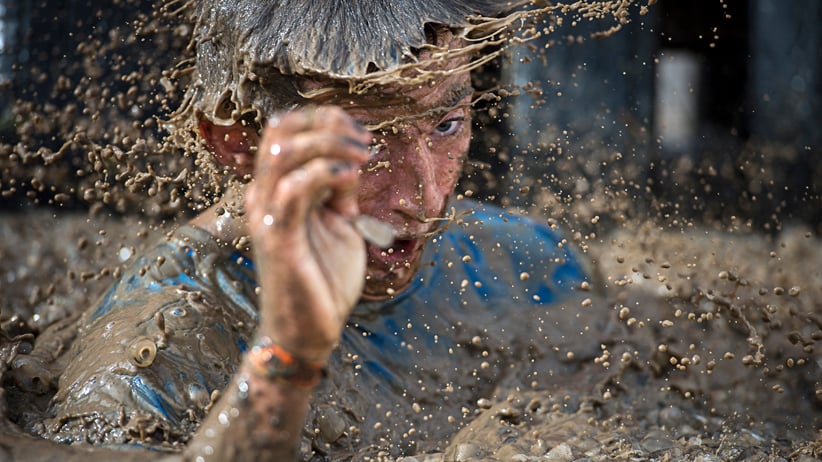 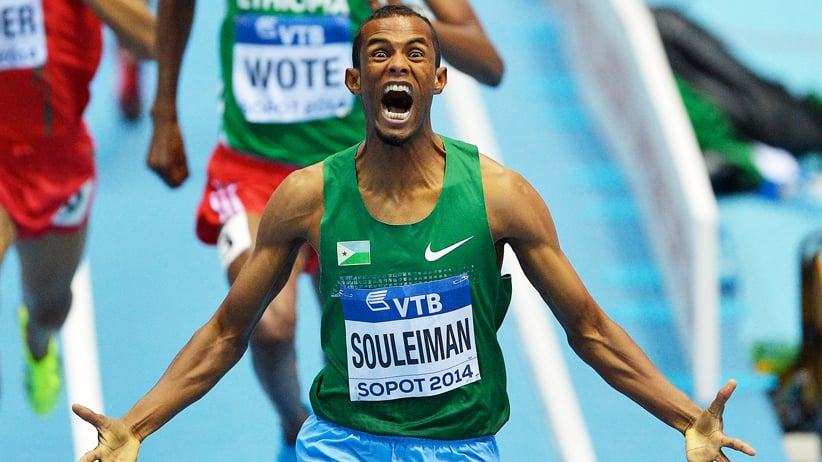 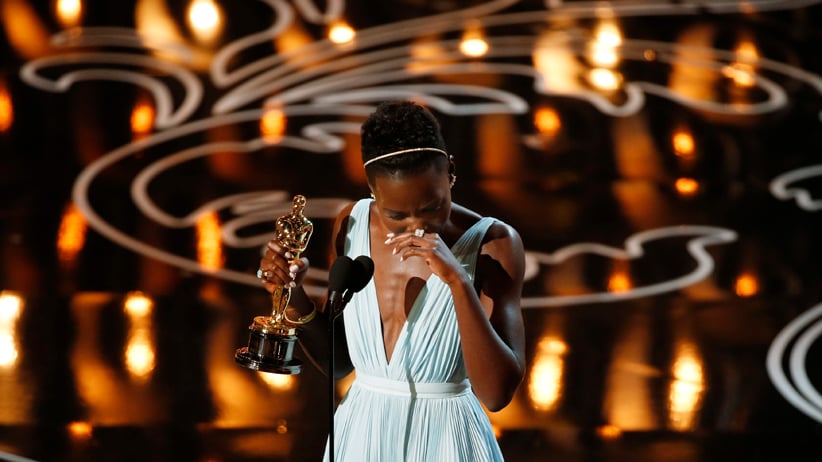 Lupita Nyong’o, Best Supporting Actress winner for her role in 12 Years a Slave, reacts on stage at the 86th Academy Awards in Hollywood, Calif.  (Lucy Nicholson/Reuters)

FILED UNDER: year in photos year in pictures