Get up close and personal with the 'unreal' Iceberg Alley

Look up at 10,000-year-old giants as massive ice drifts inch along the coast of Newfoundland 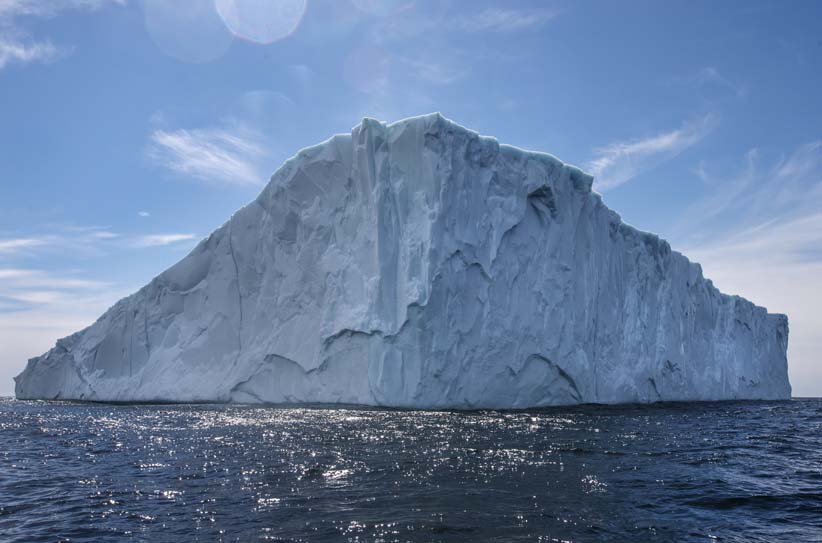 The sheer cliff face of a towering iceberg gives viewers the chance to see several thousands of years of history at a glance.

The tips of these icebergs reach up to 24 m high, but beneath the surface they stretch four times as deep. Located near the Bonavista Peninsula, about six kilometres off the coast of Newfoundland, the 10,000-year-old masses appeared early this year due to an El Niño weather system. “There is something very humbling about being next to something that big and that old,” says photographer Darren Calabrese, who was born in New Brunswick. “It’s hard to fathom a piece of ice that big,” he says. “They seem literally unreal.”