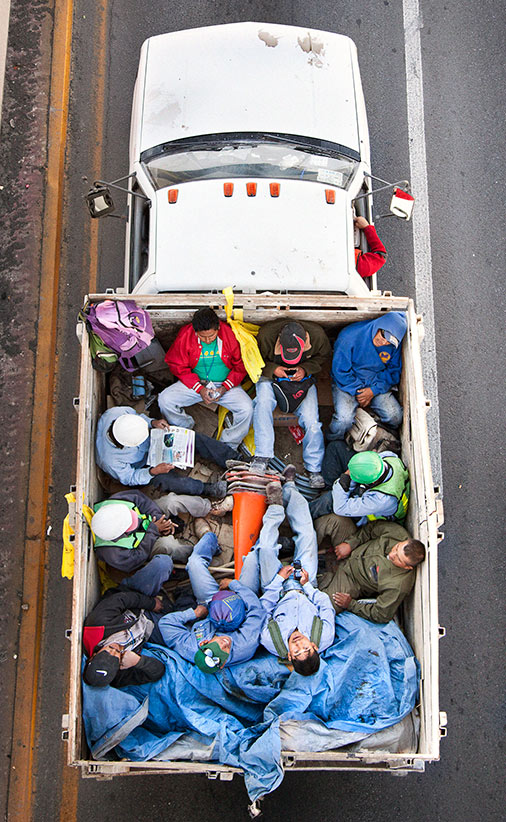 When Alejandro Cartagena moved to Monterrey, Mexico, as a teenager in 1990, he was put to work as an assistant on his grandfather’s construction crew for a few months. His grandfather would pick up employees, who filled the back of his truck, and off they went to the work site. What Cartagena learned, he says, is “how hard it is to work for a living.”

Cartagena has since turned to photography for a living, while life in Monterrey is hard in itself. Sometimes still alive, victims of the drug war were hanged from bridges or beheaded, then dumped in the city. But in the midst of the chaos and the deaths, there are locals trying to make an honest living.

During a housing boom 10 years ago, blue-collar residents were encouraged to become first-time homeowners in a suburb north of town. Construction jobs, meanwhile, were at least an hour’s drive from where the workers now lived. For an entire year, Cartagena waited on the same bridge between 7 and 9 a.m. as the pick-ups went by. The bird’s-eye view gave him an intimate look into their private lives. During their commute, some read the newspaper. Others listened to music. Many simply slept. “The culture here is very much of the macho cowboy,” Cartagena says. “So when you see the guys spooning each other, [it shows] we’ll do whatever it takes [to survive].”

The trucks weren’t always filled with people—an illegal practice, after all. And if someone died after flying out the back during a collision, police would patrol for a few weeks, but the commuters inevitably came back. “They’re having to risk their lives to keep their houses,” Cartagena says. “They inspire me.” 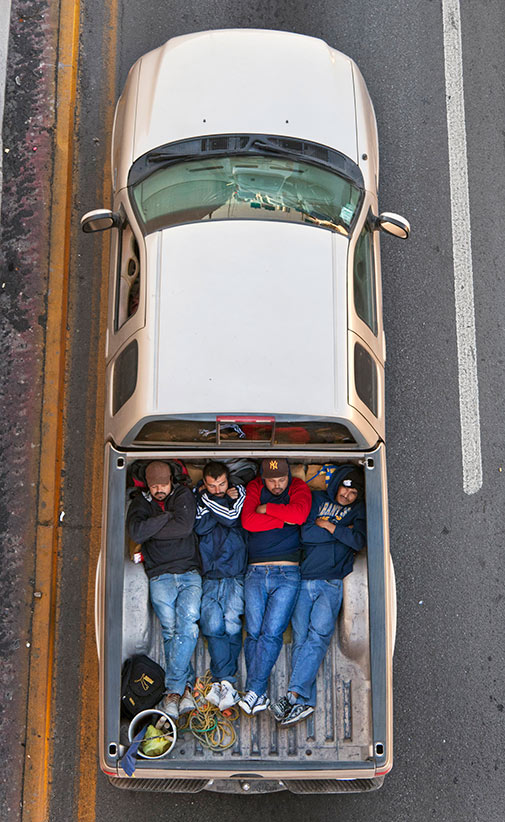