For centuries, Kazakhs have hunted on horseback, each with his own specially trained eagle 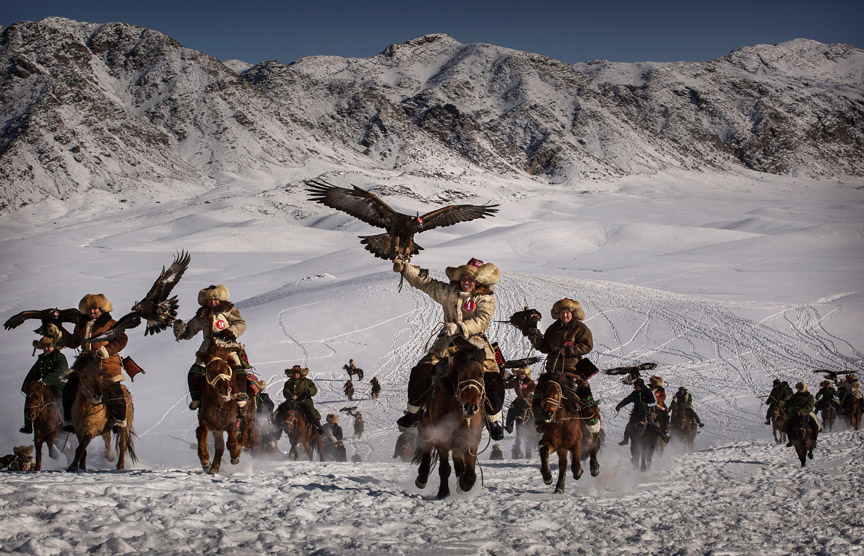 Every winter in the snowy mountains of Qinghe County in northwestern China near the Mongolian and Kazakhstan borders, the world’s remaining Kazakh eagle hunters gather for their annual festival. Hunters adorned with bushy fur hats and coats—made from foxes that were slaughtered by their highly trained eagles—compete on horseback to see whose bird is the strongest, fastest and most loyal to its owner. But their biggest hope is that the sight of eagles on the hunt will inspire the next generation to carry on this centuries-old tradition.

The Kazakh people began cultivating the art of eagle hunting as early as the first century as a means to acquire meat and fur. In recent years, modern hunting technology has rendered eagle hunting more symbolic than practical. And the annual festival has become a tourist attraction, bringing in more than 300 spectators from around the world.

Kevin Frayer, a Winnipeg-born photojournalist who lives in Beijing, travelled north at the end of January to document the festival and the goings-on behind the scenes: families dancing together around the horses, a young boy staring into the sky in awe, and elderly hunters laughing and sipping hot butter tea.

As the day comes to a close, the huntsmen—known locally as Lords of the Birds—ride home with golden eagles perched on their forearms, before releasing their birds for one final flight. 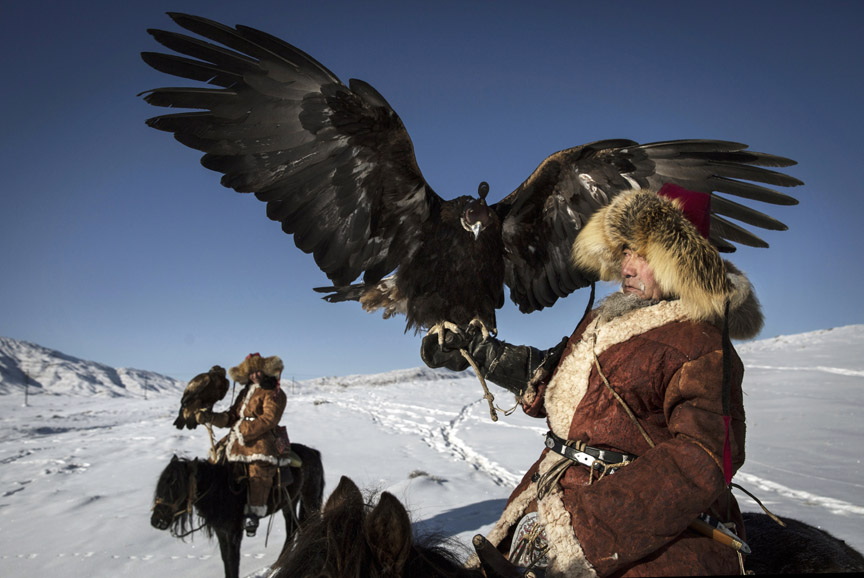 Chinese Kazakh eagle hunters sit on horseback as they travel to a competition in Qinghe County, Xinjiang, China. The festival, organised by the local hunting community, is part of an effort to promote and grow traditional hunting practices for new generations in the mountainous region of western China that borders Kazakhstan, Russia and Mongolia. (Kevin Frayer/Getty Images)