Palestinian street workout uses everything from rebar to rubble

Among the concrete and rubble left behind after an Israeli shelling, there is no room for error. Here, where the al-Nahda towers in Beit Lahiya once stood, is where the team Bar Palestine trains, doing chin-ups on rebar and handstands on abandoned foundations. “They don’t have another choice to do what they’re passionate about,” says 27-year-old photographer Hosam Salem of the street workout team of four athletes. It’s too dangerous to refine their skills amongst rebels, he says, and too expensive to get a place of their own.

Street workout, a fringe sport emerging from eastern Europe in the last five years, combines physical strength with calisthenics or gymnastics. Salem says Bar Palestine is trying to grow its popularity in Gaza by performing in public areas, such as in parks or on beaches, and using the infrastructure available to refine their skills. According to the World Federation Street Workout and Calisthenics website, the sport is not only about showing off upper-body strength and flexibility, it’s also about uniting people from different socioeconomic and ethnic backgrounds; it’s about uniting the outcasts.

“Life is all about chances we get and others we miss,” Salem says. “That’s what Bar Palestine craves: A chance to show the world their talents and challenge themselves and others in order to get to their goal.” 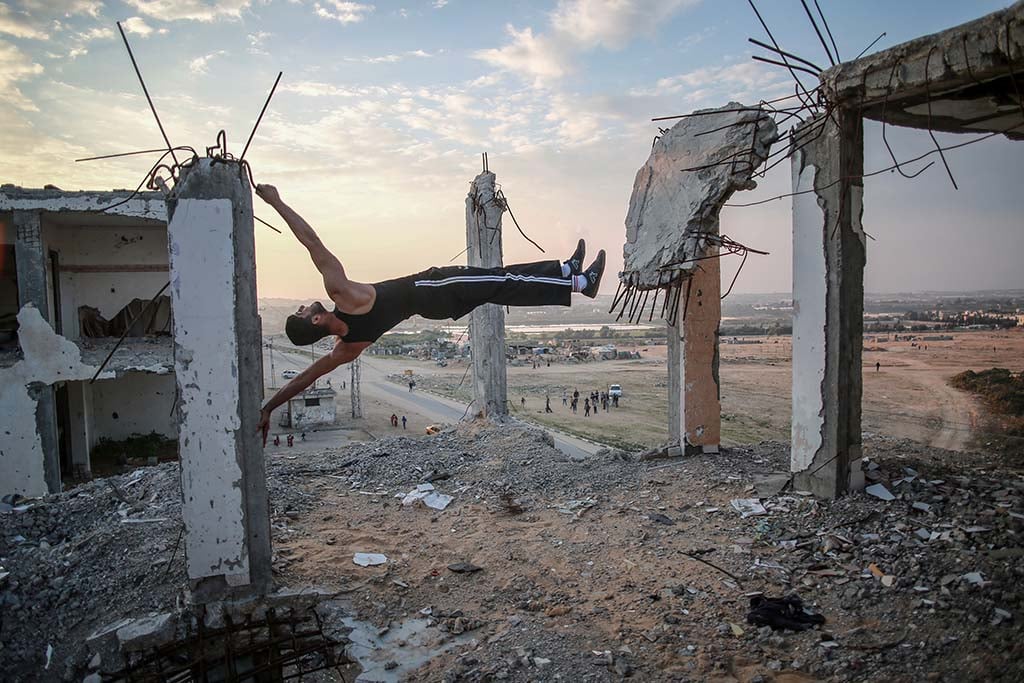 Mahmoud Nasman, 23, performs ‘the human flag’ using rebar left behind in the rubble