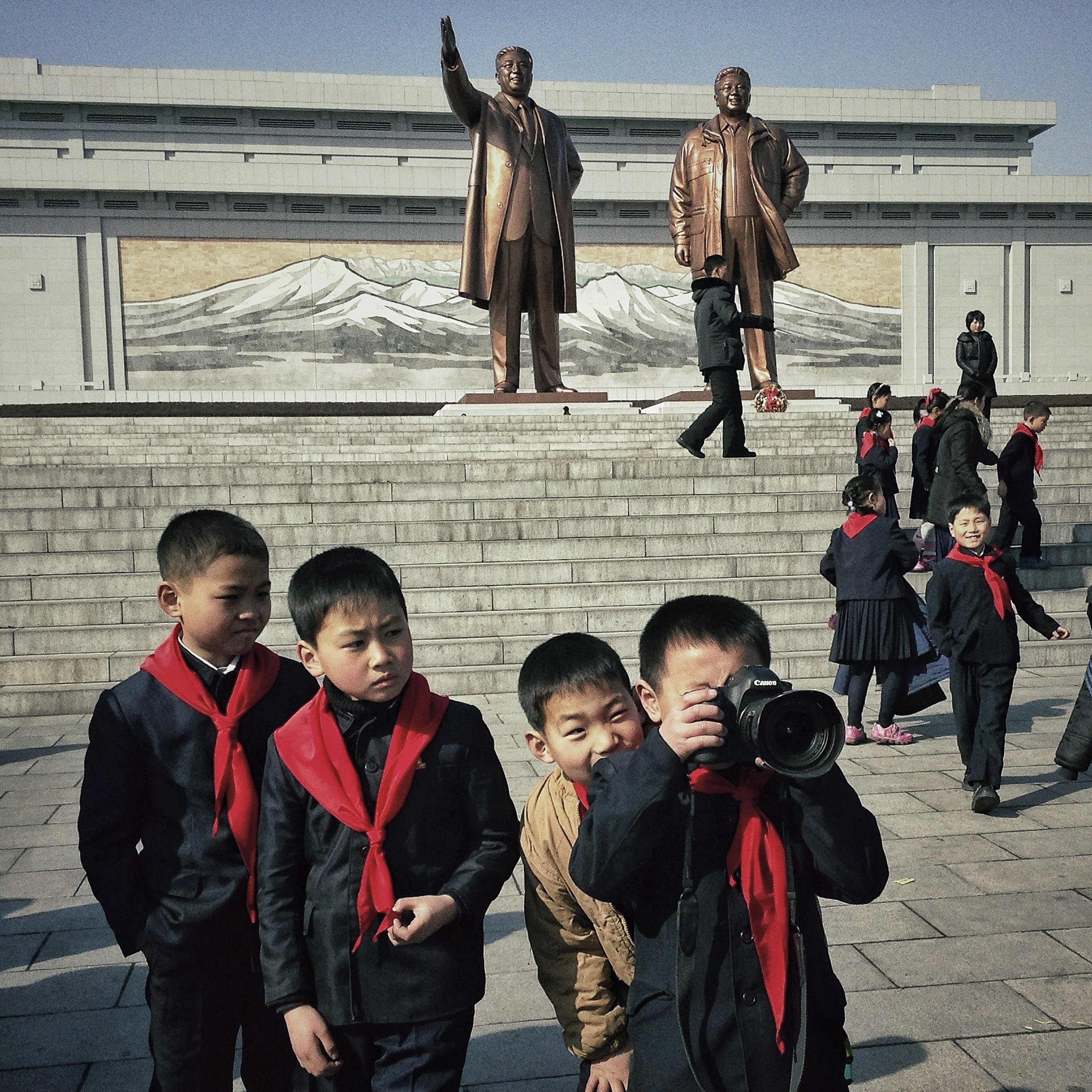 David Guttenfelder fell in love with images of the everyday when, after years spent documenting conflicts around the world for the Associated Press, he went to North Korea to capture family reunions between North and South Koreans separated by war for decades. “I was very moved,” Guttenfelder says. “I saw what a surreal and really interesting country it was. I recognized how much of an impact I could make because there was no one there.”

In 2011, Guttenfelder helped to open AP’s North Korea bureau, one of only a handful of journalists with regular access to the country. The team is creating a historical record, he says, drawing parallels between their work and the bygone scenes of Communist China that AP captured in the 1970s. He’s shot his share of scenes of dictatorial excess, but it’s the humdrum rhythm of everyday life in North Korea that intrigues him most. “A majority of what I shoot day-to-day is on the fly, out the windows of cars,” he says.

Although Guttenfelder is accompanied by a government minder wherever he goes, officials don’t try to block his camera or vet his photos before they’re published. Thanks to Instagram, they couldn’t even if they wanted to. In a tentative move toward openness, North Korea recently installed a 3G data network. Now, with a few taps on his smartphone screen, Guttenfelder can share images of regular people going about their business.

Even staged photo opportunities can be revealing. Perhaps because he grew up on a farm in Iowa, Guttenfelder’s favourite image shows a boy at a vocational school learning how to use a tractor with a makeshift simulator. “They tried so hard to show us this as an example of progress. It’s this kind of Pong TV computer terminal. It’s so earnest. It says a lot about how they see themselves and how we see them, and how my pictures can straddle that line.”