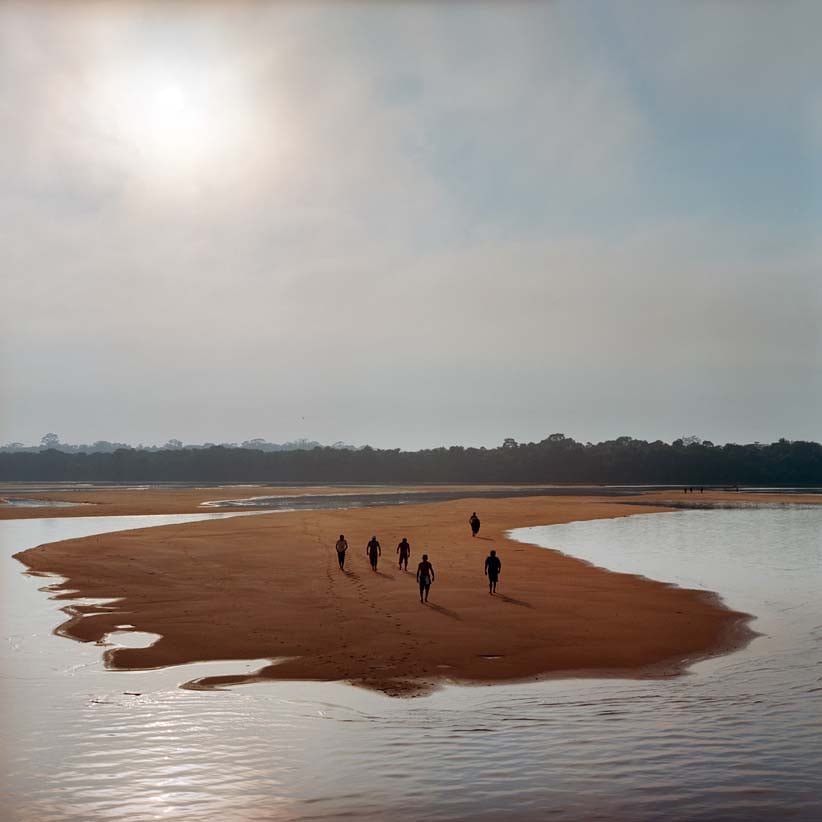 1 / 6 Members of the Munduruku indigenous tribe walk on a sandbar on the Tapajos River during a protest event against the governments plans to construct a Mega Dam on their river. (Aaron Vincent Elkaim/Boreal Collective)

Power can be an invasive species. At 60 sites in the Amazon, hydroelectric dams are being built to power cities and mining operations, to the detriment of local communities. These photos, taken by Manitoban photographer Aaron Vincent Elkaim, show locals both in protest and in their daily routines. “I’m trying to show what’s threatened,” says Elkaim, “a way of life that is maybe in its last day.”

The Xingu River, a tributary of the Amazon where many of the photos were shot, will severely dry up when the Belo Monte Dam begins operation in 2019. The dam’s construction could displace 20,000 people. Elkaim saw a spectrum of livelihoods, from five-year-olds playing on red anthills, to families using money from corporations for flatscreen TVs. “They’re in these traditional houses,” says Elkaim, “and they’re watching Robocop or something.”

After winning a $20,000 grant from the Alexia Foundation, Elkaim will return to Brazil to capture communities already disrupted by dams or mining projects. “It’s a colonialist story,” he says. “This way of life is worth protecting.”