Photographer Patrick Brown chronicles the cruel realities of the underground animal trade in a new book, 'Trading to Extinction'

Patrick Brown still remembers the time when, in a gun-laden frontier town near the border between China and Burma, he stumbled upon a market that sold animal parts: he saw a pair of dismembered bear paws, atop a cage with rabbits in it. “But then I went further into the market, and I found a bear pelvis, and I saw that it still had the meat on it,” said Brown, 45, in an interview from Bangkok. “Not the fur. Just the meat.”

It’s been a long journey for Brown, who has lived in the U.K., the Middle East, Africa, Canada and Australia, all before the age of 15, and who started his career doing dance photography. More than a decade ago, two authors approached him to provide photos for a book on the animal trade. He was aware of the issue, but didn’t know of the scope: it’s one of the largest illegal trades in the world. “I was naive. To me, it was little trinkets sold in market stalls, the occasional tusk. But then I realized—it was all connected. That’s when I said, ‘I need to document this as far as I can push it.’ ”

He’s curated the raw and sometimes beautiful shots exposing this “cruel reality” in a new book, Trading to Extinction—photographs that required him to travel to remote places and work amid tense situations. Originally, he attempted to take his photos furtively, but he drew suspicion from people who “weren’t happy” with what he was doing. So these days, he goes undercover: “I just wore a loud tourist T-shirt and a hat and played the dumb Australian tourist,” he said. “I led them to believe that I didn’t know what I was doing, so I was no threat to them.” Despite that, he’s still been in tough spots—he’s been beaten in Vietnam, pistol-whipped in Indonesia. But he doesn’t see himself as an animal activist per se, he said. “What’s happening to the animals is the story in my eyes. It’s not animal cruelty I’m going after. I’m exposing the subcultures that surround the animals.” 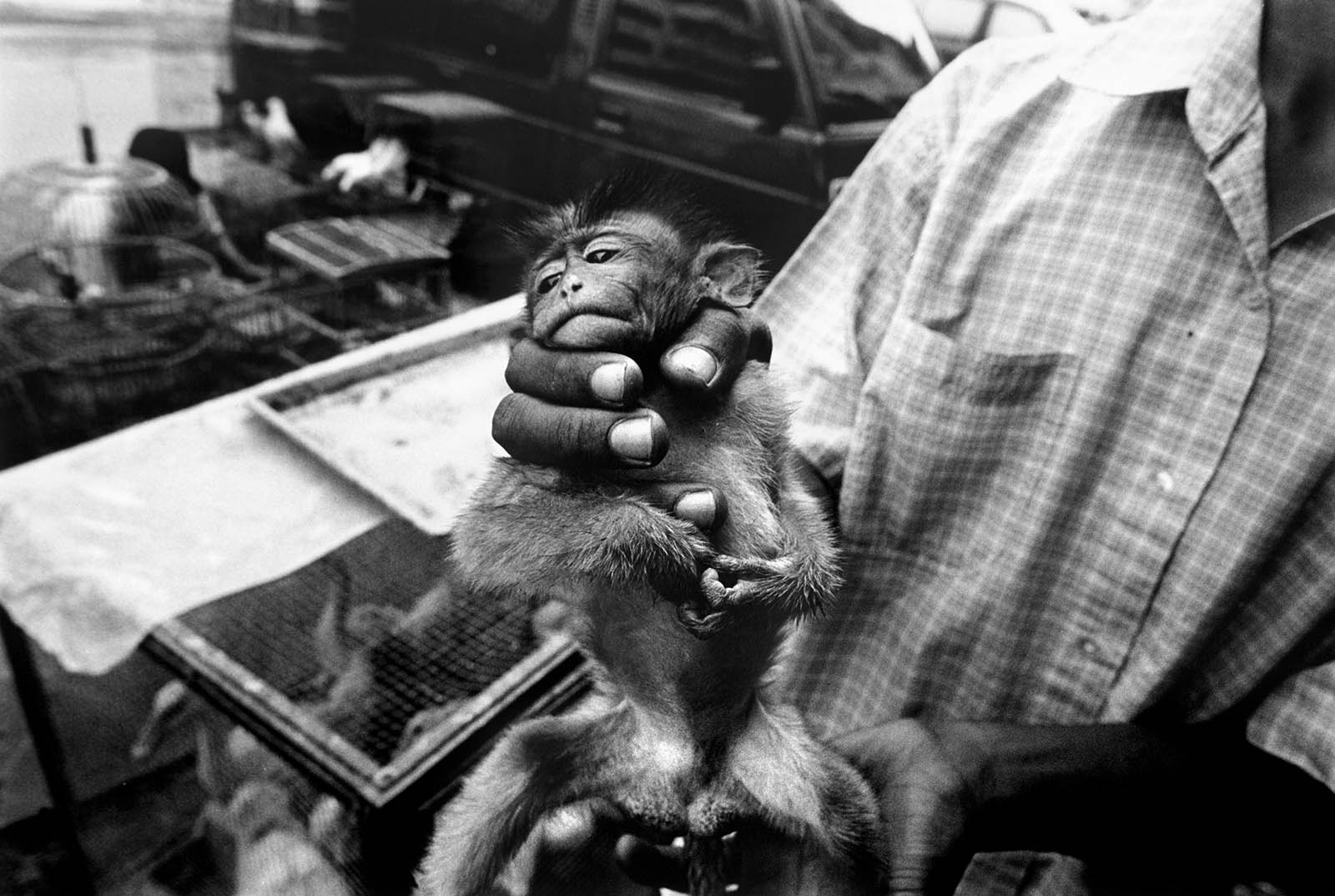