Photo essay: Music festivals as they are felt, not seen

'It's like a fantasy world,' says photographer Sarah Anne Johnson 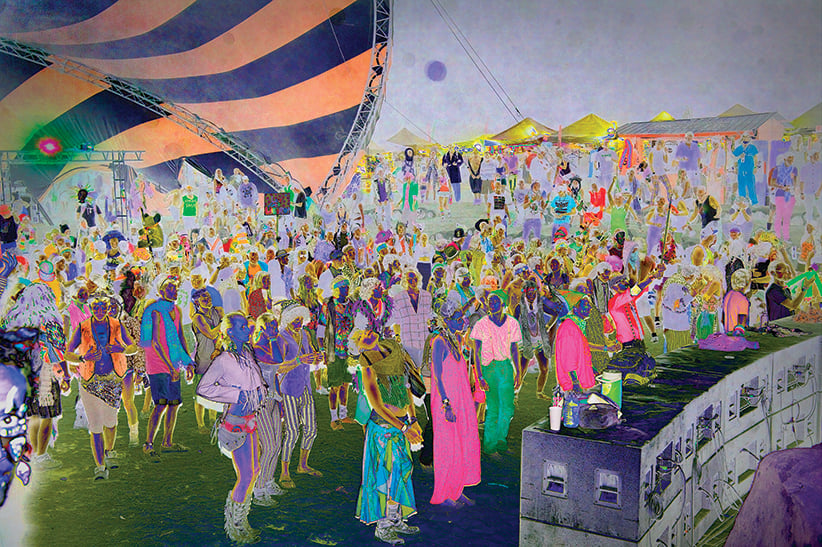 Johnson took these photos at two of British Columbia’s largest electronic music festivals, Shambhala and the Field, then manipulated them using glitter, scissors, Photoshop and paint.

“You have to mess with your images,” she says. She aims to portray not just an image but rather a “psychological landscape,” a “sublime experience.”

Now 39, Johnson attended her first music festival in her hometown of Winnipeg when she was 15. Though her parents grounded her the following weekend, she loved the Dionysian thrill of camping and dancing—under the stars and under the influence—without a care in the world, and often without pants.

“It was my first taste of freedom,” she says. During one festival, she recalls, she ran through the grass and called out into the darkness, “This is the best night of my life.” From the darkness, more than one voice called back, “Me too.”

Until June 5, Johnson’s Field Trip is at the McMichael Canadian Art Collection as part of Scotiabank CONTACT Photography Festival.