The Berlin Wall fell, but testaments to the Cold War remain standing

Most Cold War relics found throughout Europe were never actually used for war. “But we lived with the spectre of conflict every day,” says photographer Martin Roemers, now 52, who remembers growing up in the Netherlands where missile silos and stone barracks were part of the landscape. When the Berlin Wall came down in 1989, effectively ending the Cold War, most structures were abandoned but not destroyed.

Over the course of a decade, Roemers travelled to 10 countries to document these monuments to the past. Some are corroding from exposure to the elements, as governments find it too expensive to tear them down or to turn them into official tourist attractions. Or, suspects Roemers, some are kept in case they’re needed again. Given the neo-Cold War nature of the Russia-Ukraine conflict, that day may come sooner rather than later. While wandering around a supposedly abandoned bunker in Kaliningrad, Russia, Roemers was surprised to find two guards lying on the ground outside, drinking beer. They seized him, interrogated him and though they confiscated his film, they eventually let him go. “It felt like I was in a mini-Cold War of my own,” he says from his office in Rotterdam. As he took photographs on both sides of the former Iron Curtain, Roemers was struck by how similar the structures appeared. It’s not as if they shared blueprints over enemy lines, he says. “During the period, that’s just what fear looked like.” 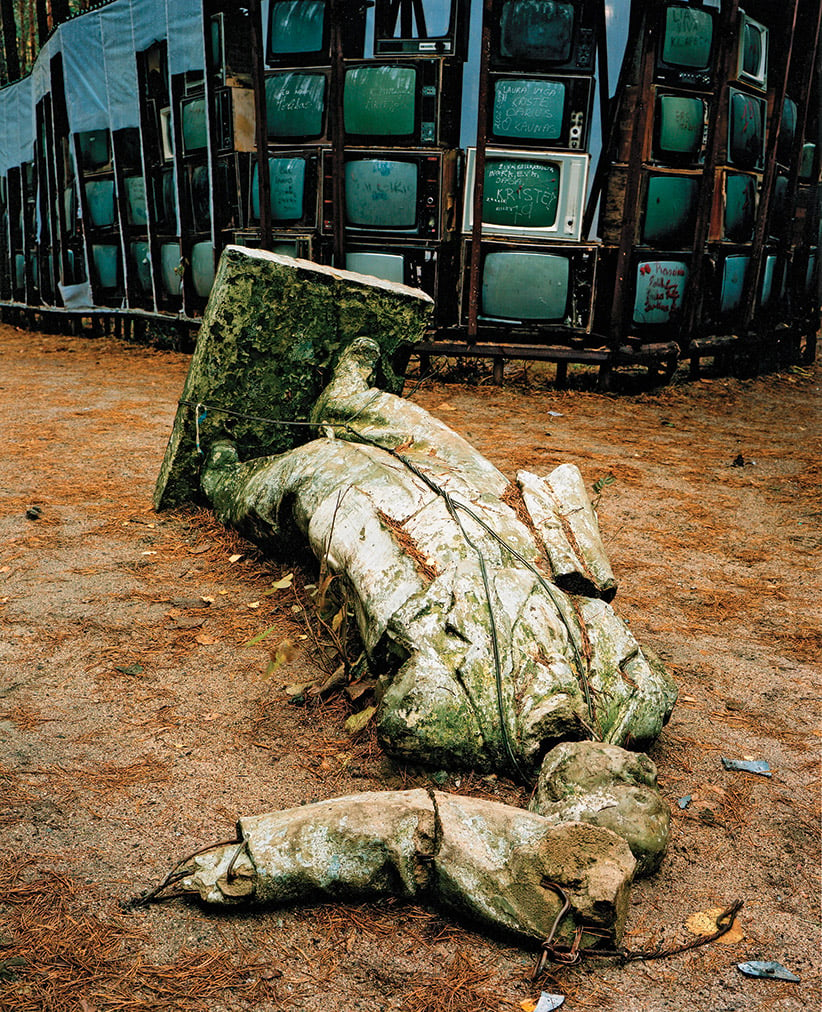 A statue of Vladimir Lenin lies broken on the ground in front of an art display of television sets in an installation in the Europos Park. The Cold War, which formed part of the collective consciousness of post war Europe from 1945 until 1989 dominated the military and political landscape. Often highly charged with nationalistic zeal, Soviet rhetoric and paranoia, relics of the Cold War remain as testaments to the covert era within Eastern Europe.