Photo essay: Gathering dust, but in the name of art

Broom in hand, photographer Klaus Pichler collected samples by the hundreds to document in stunning ways—and got some strange looks 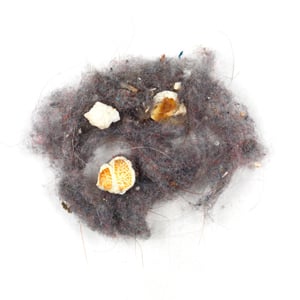 Klaus Pichler was moving out of his old apartment and into a new one with his girlfriend when he noticed something weird about the dust. In his old bedroom, the dust bunnies were blue, but in the living room, they were red. “This got me thinking and left me wondering if dust isn’t all grey as I imagined it to be,” says the 38-year-old from his home in Vienna. So he decided to do a broader survey.

With a broom in hand, he showed up unannounced to collect hundreds of dust samples from apartments, sports arenas, hotels, movie theatres, museums and restaurants. “It was really quite scientific in a way,” he says. “I tried to find a system so that no place important for urban living was left out.”

Needless to say, he got some weird looks during his quest to collect samples. Some locals were amused. Others were paranoid. “I got kicked out of some places, especially places where they were selling food,” he says. “They thought I was some sort of food police.”

Back at his studio, he photographs what he’s found against a white paper background for consistency. None of the dust bunnies—which might contain anything from popcorn to insects—are altered or staged in any way. Each one is photographed just as he found it.

The hardest location on his search was—much to his surprise—inside a local swinger’s club. “This was the cleanest place I have ever seen,” he says. “I needed half an hour to find some.” And the easiest place? It could very well be his new apartment. “We have three cats,” he says. “They are incredible dust producers so we have to vacuum at least once a week. Sometimes twice.”