Photos from a year of American carnage

From natural disasters to ruthless gun attacks, 2017 was a year of tragedy and heartbreak for America. 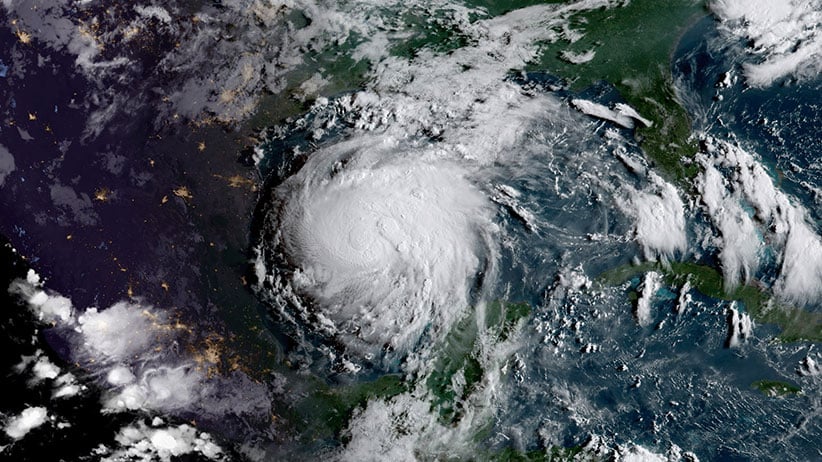 A satellite image of the massive storm Hurricane Harvey as it approached the Texas coast on August 24. (NOAA/NASA GOES Project). READ: Are extreme hurricanes linked to climate change? 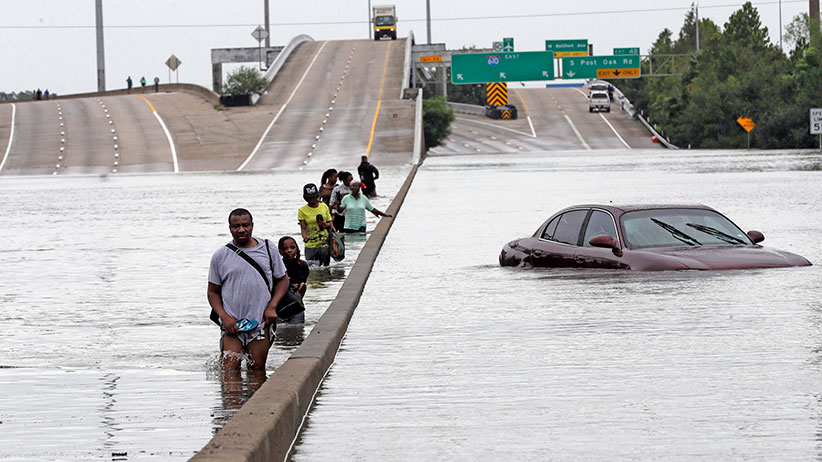 Evacuees wade down a flooded section of Interstate 610 as floodwaters from Tropical Storm Harvey rise Sunday, Aug. 27, 2017, in Houston. (David J. Phillip/AP/CP). READ: What it feels like to survive a hurricane. 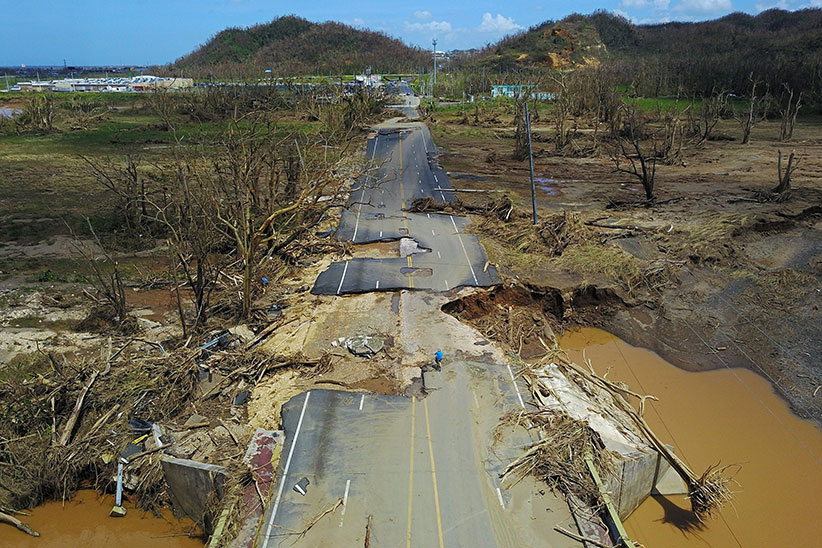 A man rides his bicycle through a damaged road in Toa Alta, west of San Juan, Puerto Rico, on September 24, 2017 following the passage of Hurricane Maria. (Ricardo Arduengo/AFP/Getty Images). READ: Searching for sincerity in Trump’s trip to Puerto Rico. 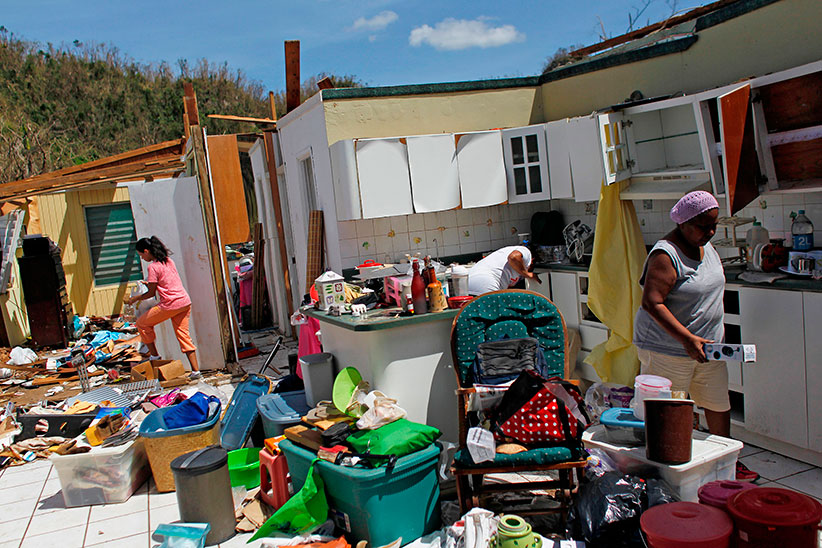 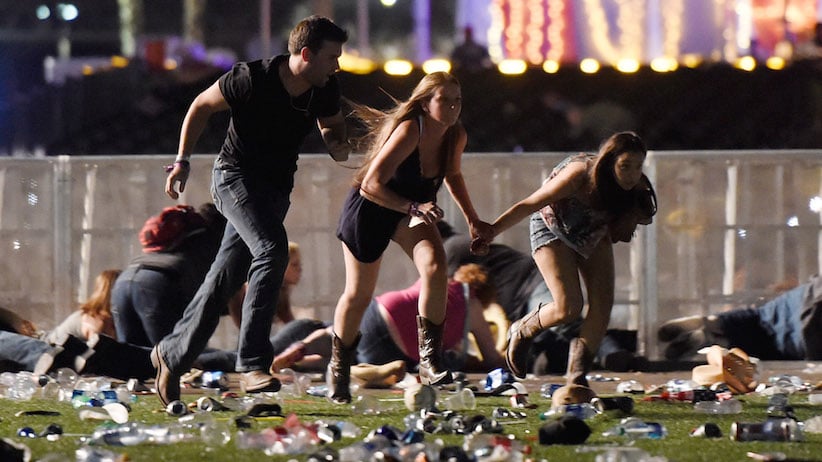 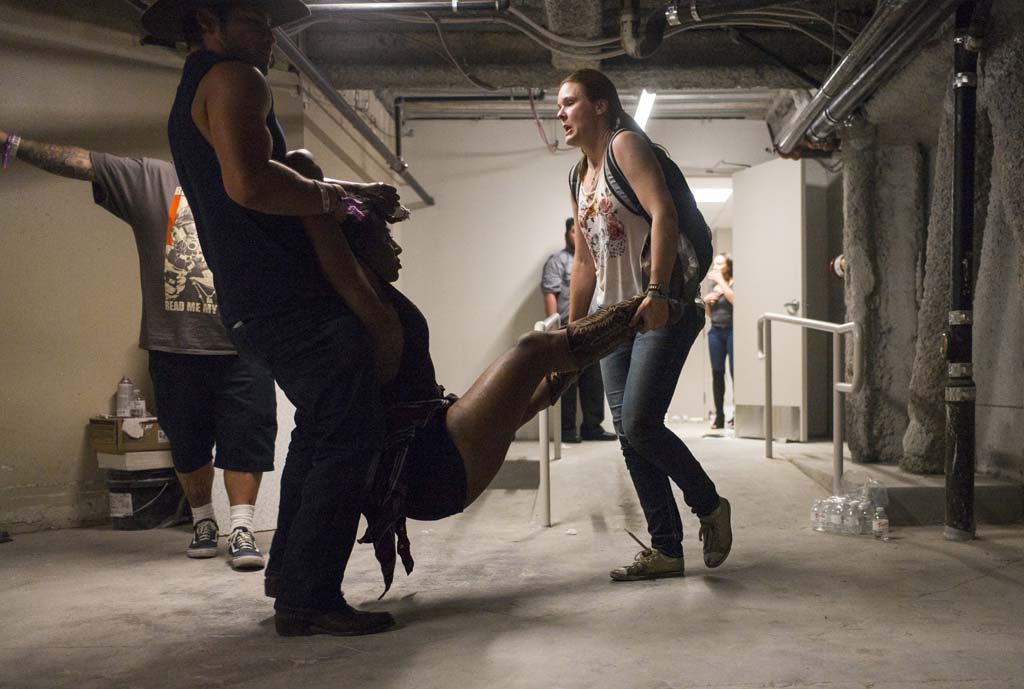 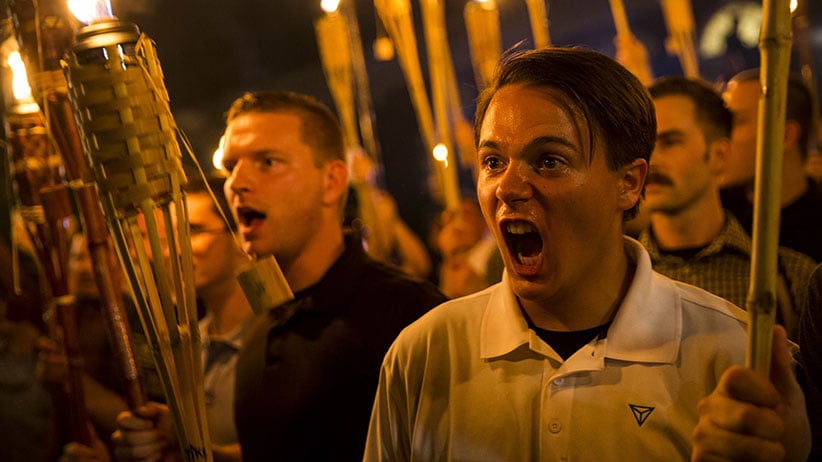 Peter Cvjetanovic (R) and other neo Nazi, alt-right, and white supremacist marchers encircle and chant at counter protestors at the base of a statue of Thomas Jefferson after marching through the University of Virginia campus with torches on August 11. (Samuel Corum/Anadolu Agency/Getty Images). READ: It wasn’t a lone flare-up, Charlottesville really is America. 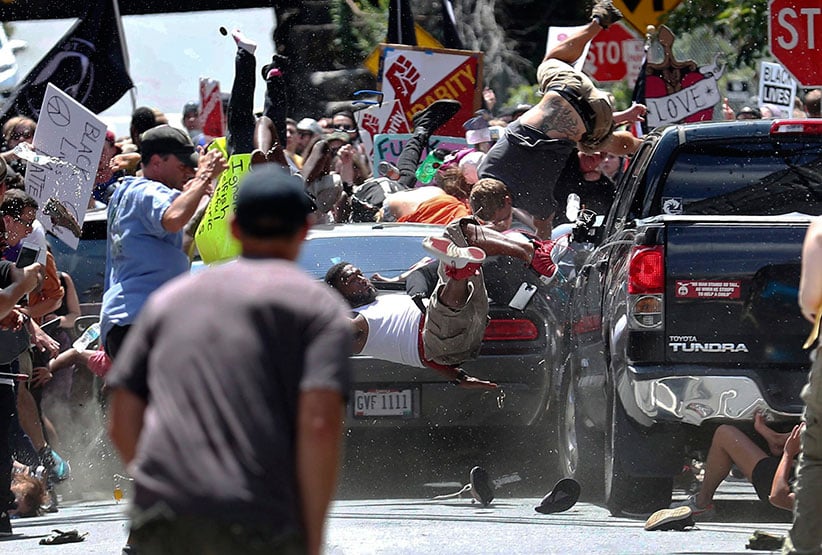 People are thrown into the air as a car drives into a group of protesters demonstrating against a white nationalist rally in Charlottesville, Va., on Aug. 12. The attack killed one protestor, Heather Heyer, and left 19 injured. (Ryan M. Kelly/The Daily Progress/AP/CP). READ: Charlottesville and the politics of fear.

A gunman kills 26 and injures 20 at a church in Sutherland Springs, Texas 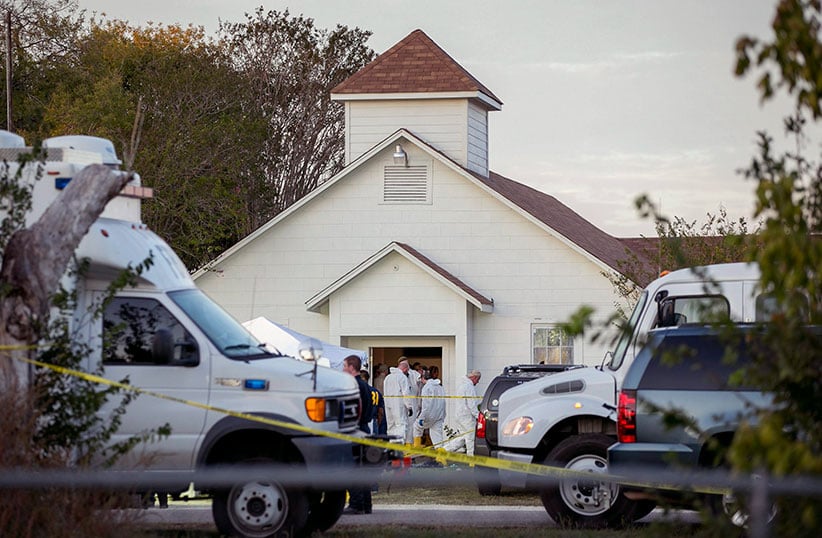 Investigators work at the scene of a deadly shooting at the First Baptist Church in Sutherland Springs, Texas on Sunday Nov. 5. A man opened fire inside of the church in the small South Texas community, killing more than 20 people. (Jay Janner/Austin American-Statesman/AP/CP). READ: How do we decide what we consider ‘terrorism’? 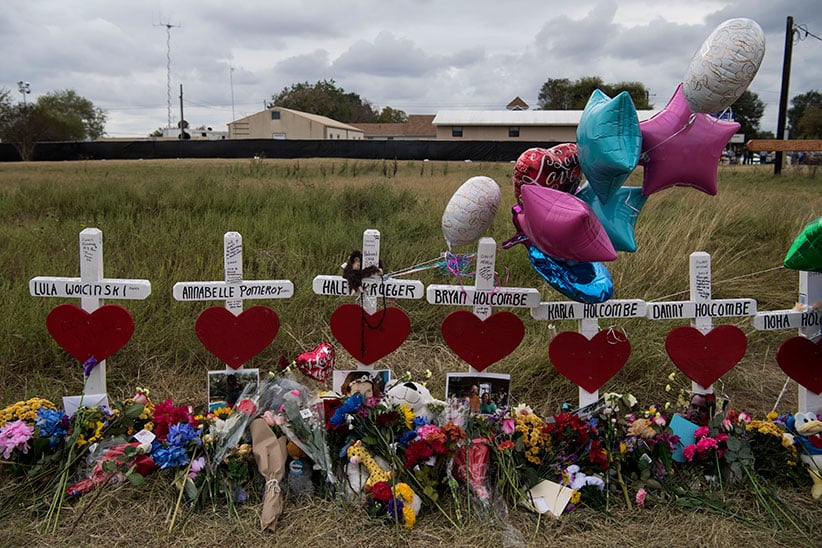 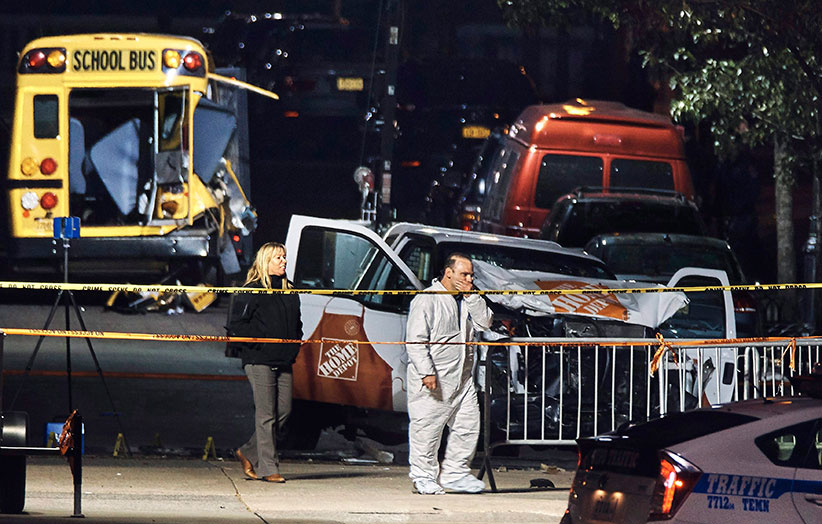 Police work near a damaged Home Depot truck Wednesday, November 1 after Sayfullo Saipov, an ISIS supporter who immigrated from Uzbekistan in 2010, drove a rented truck onto a bike path near the World Trade Center memorial, killing eight people. (Andres Kudacki/AP) READ: How terrorists use propaganda to recruit lone wolves. 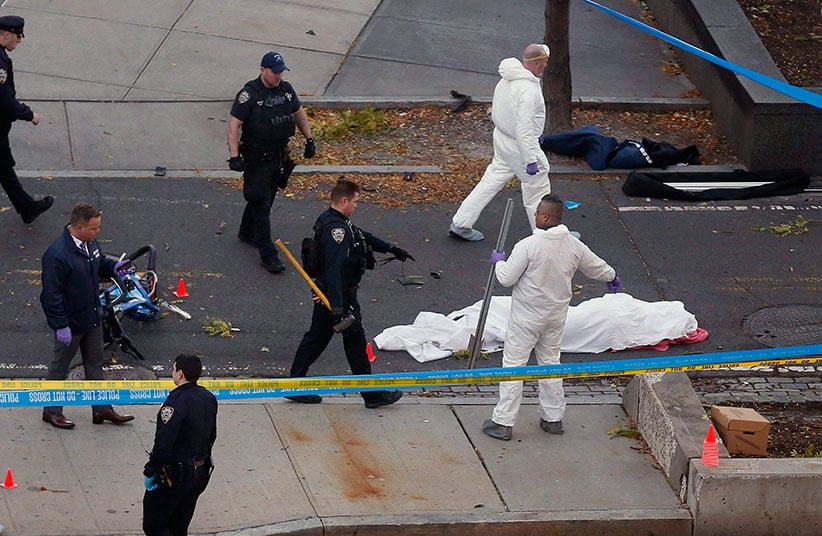 Authorities investigate the scene near a covered body on a bike path after the attack in New York City. (Bebeto Matthews/AP/CP) 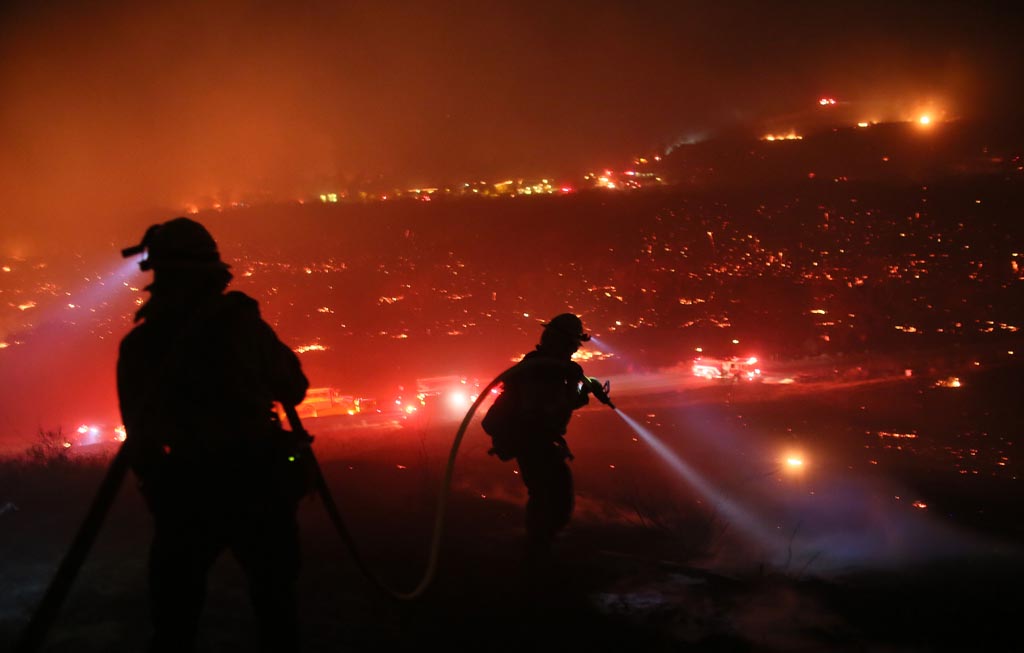 Firefighters walk to the fire line at the Lilac fire in Bonsall, California on December 7. (Sandy Huffaker/AFP/Getty Images). READ: See more stunning photos from the devastation caused by the California wildfires. 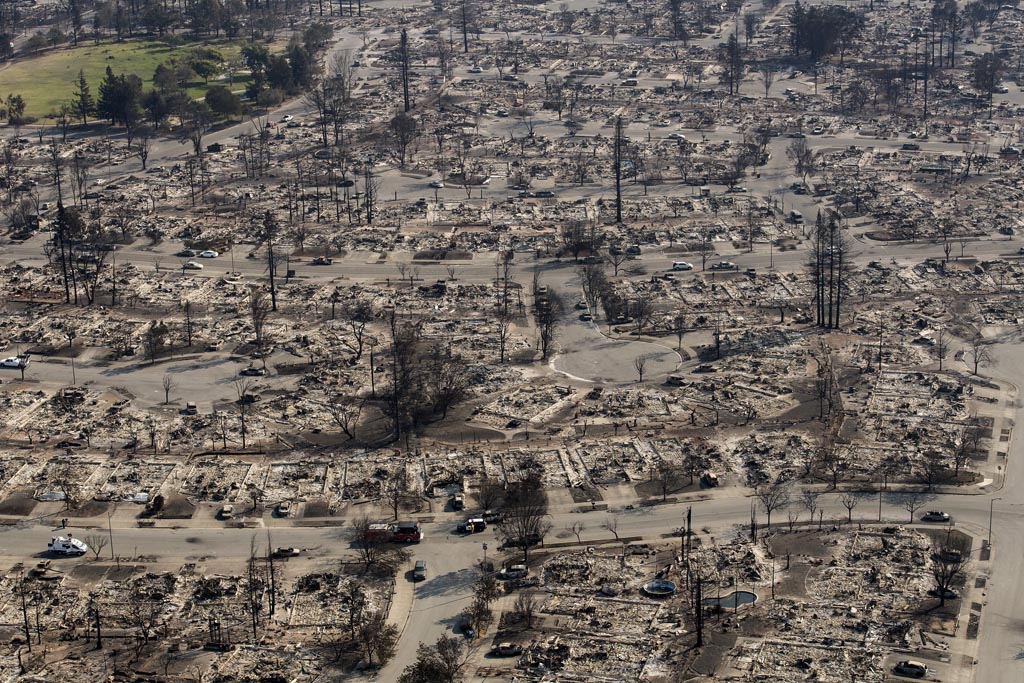