Postcards from the edge of the earth 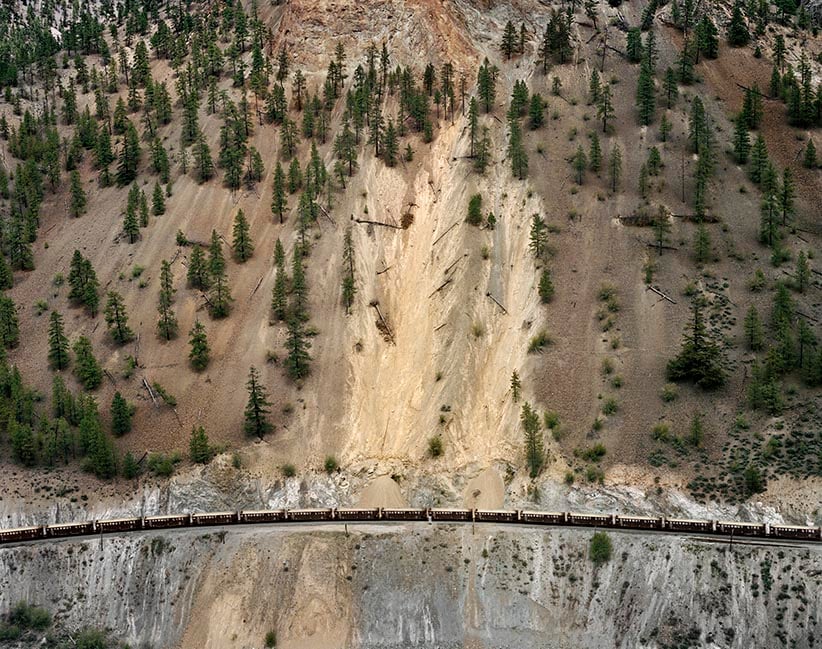 Edge of the Earth

“I don’t want to be apocalyptic,” says Benedicte Ramade, who curated this photo collection at the Ryerson Image Centre in Toronto, “but if we don’t change our way of life, our way of consuming, maybe we don’t have a solution to climate change.” The series, titled The Edge of the Earth, features images from the start of the environmental movement in the 1960s to present day. While Ramade describes most of the photos as poetic, she also seeks out humour. “One day zebras will end up in the mountains,” she says. “It’s really hard to find funny pictures of climate change, believe me.”

Taking liberties, some photographers construct their shots. Paola Pivi displaces animals, putting two circus zebras in the Italian snow-capped mountains (she has also placed an ostrich in a rowboat, a donkey in a dinghy and 84 goldfish on a plane). Pivi and her crew drove the zebras to untouristed mountains near Rome and let them roam for two days, trailing with a camera.

Hicham Berrada, the son of two scientists, mixed 40 chemicals into “artisanal bombs,” which he tested in his studio and detonated in rural France, waiting 10 days for the right composition and weather conditions. “Once it was launched, I could only hope that the wind didn’t change,” he says. “I do absurd actions to ask questions.” He questions how scientists will mutate the environment in the future; his set of images is called Presage, which roughly translates to “premonition.”

The modern era, according to some geologists and environmentalists, is called anthropocene, “the age of human impact.” Industrial emissions have indirectly melted ice caps, widened oceans and killed off species. “Literally the surface of the earth is being altered,” says Paul Roth, director of the Ryerson Image Centre. “You can see changes in the canyons, the ground we walk on. Everything we’ve done has essentially steered toward this moment.”

Canada’s internationally renowned Edward Burtynsky captures mountain faces in British Columbia, where construction workers blasted cliffs to build the CN railroad at the start of the 20th century. In the Japanese landscape, Naoya Hatakeyama documents the blasting of limestone, a key mineral in the concrete that creates modern cities. The limestone cliffs, he writes, would be restored to their dimensions only if all extracted calcium carbonate was returned to its point of origin. Turkmenistan, too, is a focal point. Adrien Missika captures a crater, dubbed the “door to hell,” where a Soviet mining platform collapsed in 1971 and exposed natural gas. To trap the toxins, geologists set the crater ablaze, and it has been burning ever since—“a thick, red scar on a dead world,” as described in the gallery.

Unnatural disasters also become subjects. Benoit Aquin chases dust storms in China, where sandstorms (linked to rising temperatures) gust through cities and force people to wear face masks and goggles. “They convey how the environment overcomes man,” says Aquin, who needed to switch to digital cameras to protect his film from dust. “We’re used to going through snowstorms, but going through a dust storm . . . the cities become desert-like. It’s a bit like the Wild West of China.”

The Edge of the Earth doesn’t necessarily aim to make viewers more eco-conscious. “I’m not under the illusion that one photo exhibit can change people’s minds,” says Roth. The exhibit’s title suggests falling off a cliff, perhaps one that mankind blasted itself. “Maybe human beings are not the strongest species on Earth,” says Ramade. “It’s something to say, ‘beware.’ ”