Prince Harry through the years: Photos 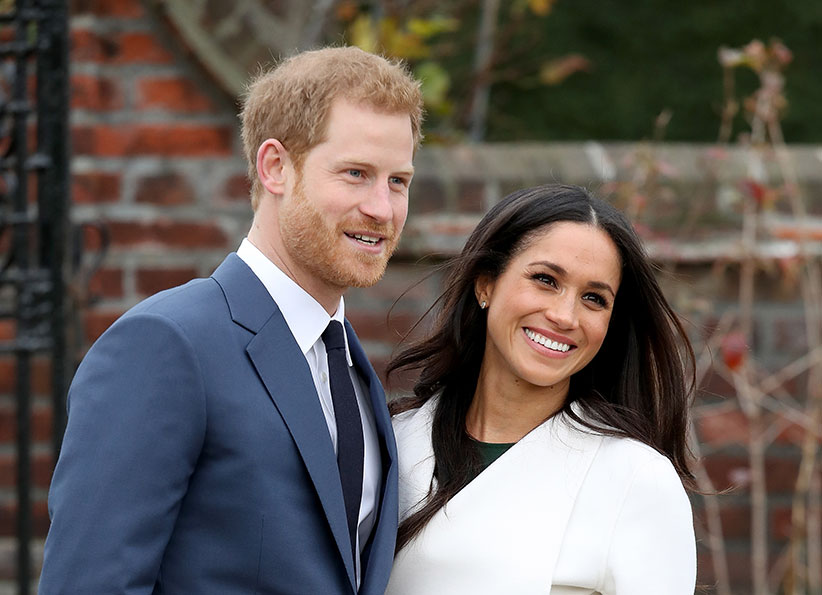 Prince Harry and actress Meghan Markle announce their engagement at the Sunken Gardens at Kensington Palace on Nov. 27, 2017. They have been together since November 2016 and are due to marry in spring 2018. (Chris Jackson/Getty Images) 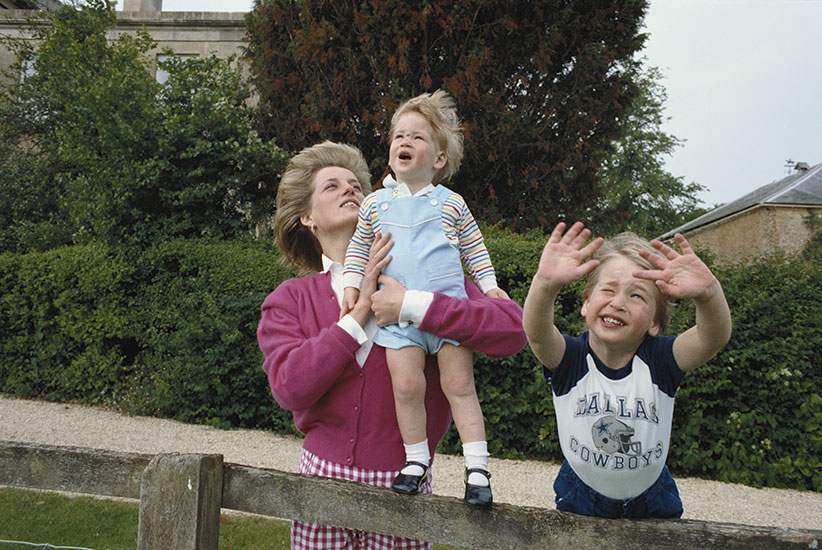 Princes Harry and William with their mother, Diana, Princess of Wales, in the garden of Highgrove House in Gloucestershire in 1986. (Tim Graham/Getty Images) 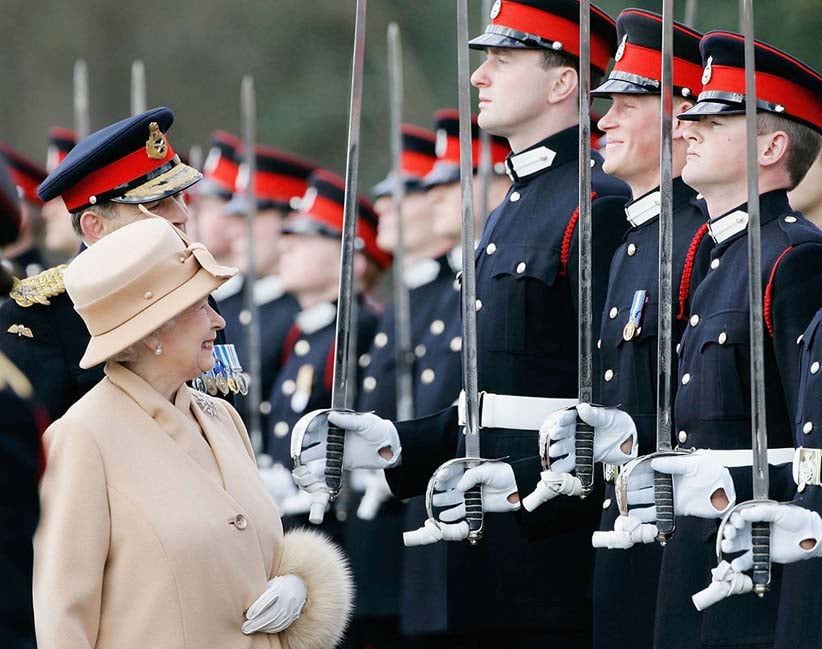 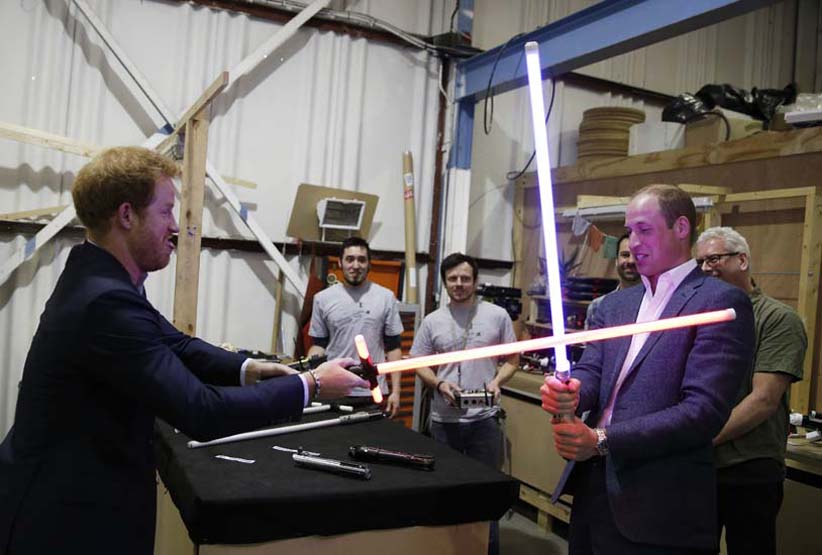 Prince Harry and William, Duke of Cambridge, try out light sabres during a tour of the Star Wars sets at Pinewood Studios in Iver Heath, England. The princes visited the production workshops and met the creative teams working on the films. (Adrian Dennis/WPA/Getty Images) 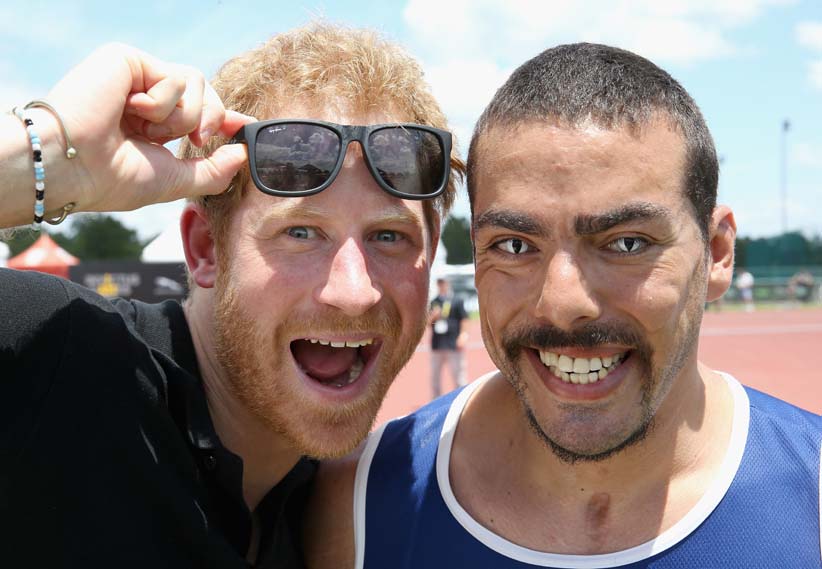 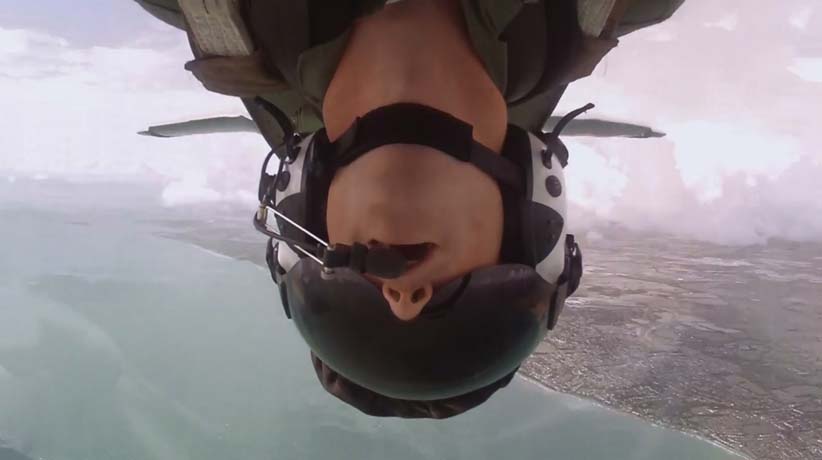 Prince Harry flies in the back of a Spitfire on a sortie from Goodwood, West Sussex, via the Isle of Wight. The flight was to promote his Spitfire scholarship, which offers training for wounded servicemen and -women. (Andy R Annable/Boultbee Flight Academy/Getty Images) 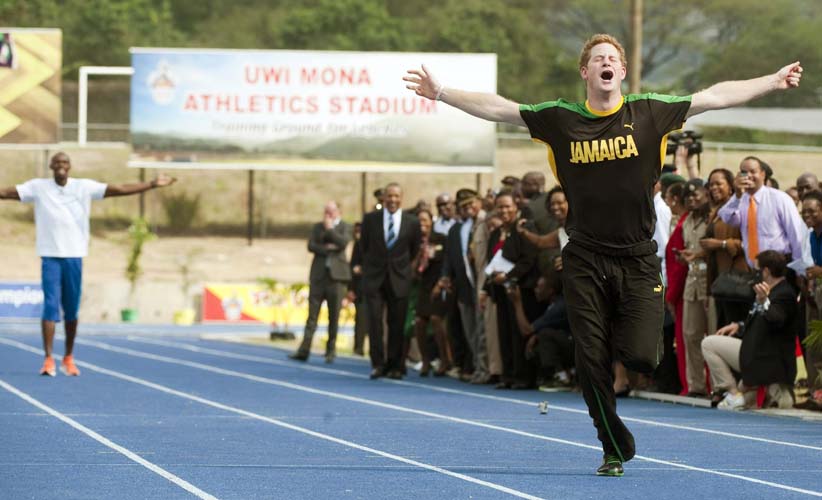 Prince Harry wins against Olympic sprint champion Usain Bolt (after making a false start) at the University of the West Indies, Jamaica, in 2012. Harry was touring the Caribbean as part of the Diamond Jubilee tour in honour of Queen Elizabeth II. His visit came as the new Jamaican prime minister, Portia Simpson Miller, was calling for the severing of the country’s ties to the British monarchy. (John Stillwell/PA/AP)

Prince Harry carries a girl during a visit to the Complexo do Alemão slum in Rio de Janeiro in 2012. He was in Brazil at the request of the British government to promote ties and help the transition from the 2012 London Games to the 2016 Olympics in Rio de Janeiro. (Silvia Izquierdo/AP) 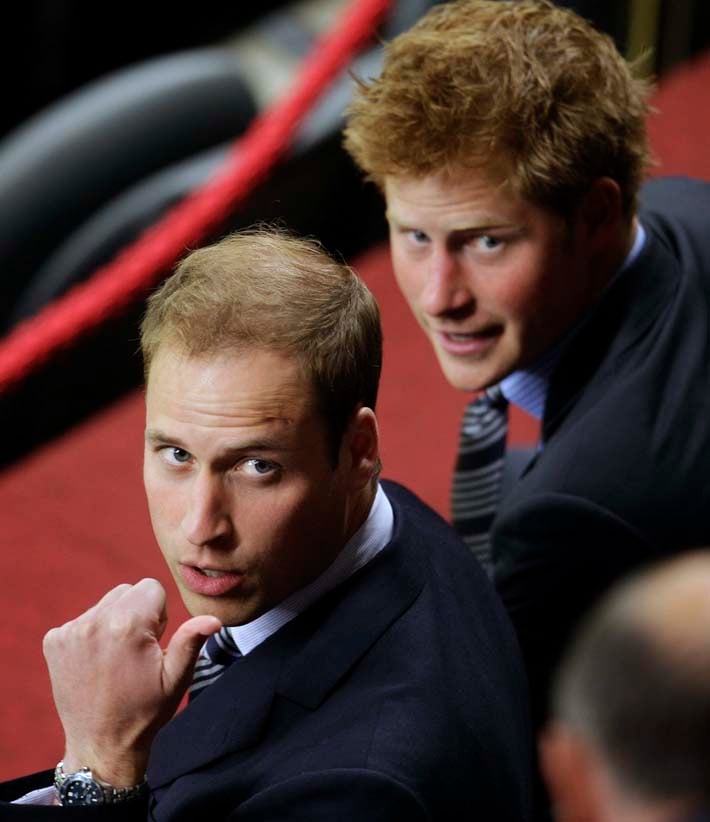 Prince William, left, and Prince Harry, right, wait for the start of the World Cup soccer game between England and Algeria in Cape Town in 2010. (Roberto Candia/AP) 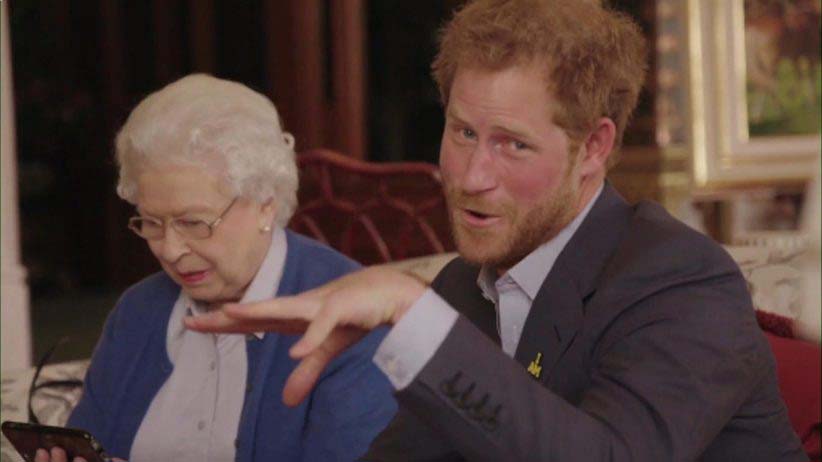 Prince Harry reacts to a video message from the then-president of the United States, Barack Obama, and First Lady Michelle Obama in 2016. Prince Harry was promoting the upcoming Invictus Games for wounded veterans. (@KENSINGTONROYAL/AP) 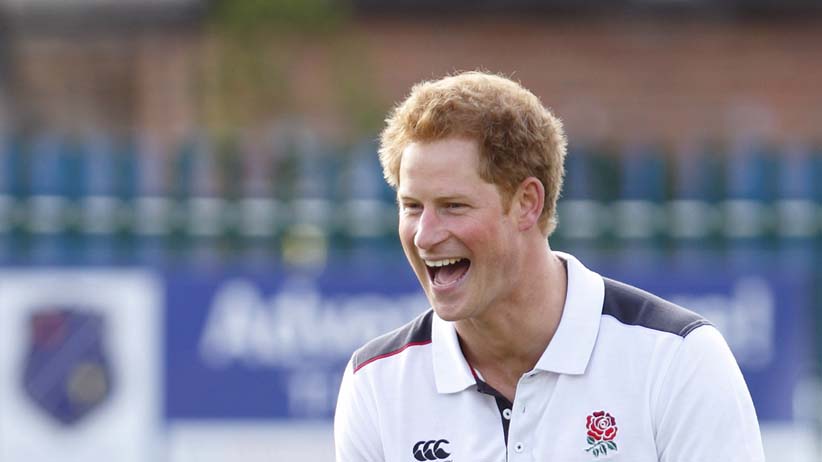 Prince Harry, the patron of England Rugby’s All Schools Programme, takes part in a teacher-training session and rugby festival at Eccles RFC in 2014 in Manchester, England. (Max Mumby/Indigo/Getty Images) 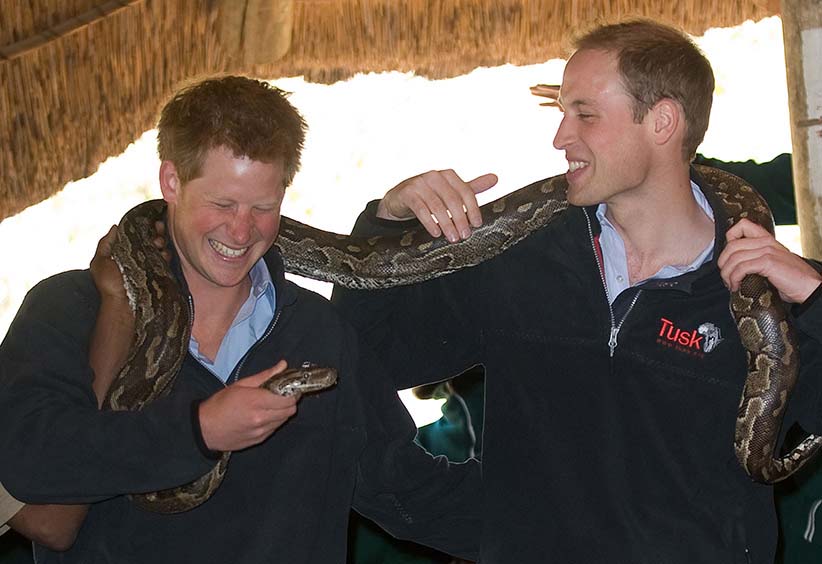 Princes Harry and William enjoy the company of an African rock python snake as they visit Mokolodi Education Centre in Gaborone, Botswana, in 2010. The Princes were on a joint trip to Southern Africa and will visit projects supported by their respective charities, Prince William’s Tusk Trust and Prince Harry’s Sentebale. (Samir Hussein/WireImage/Getty Images) 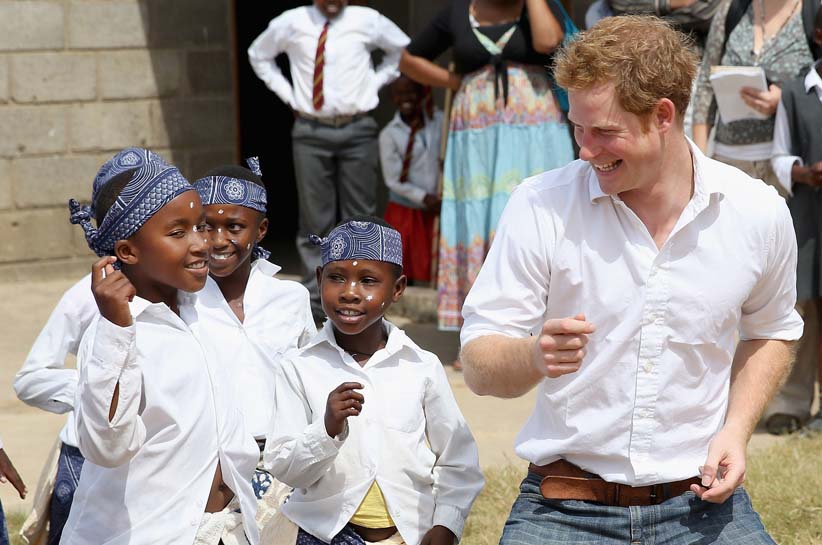 Prince Harry dances with deaf children during a visit to the Kananelo Centre for the Deaf, a project supported by his charity, Sentebale, in Maseru, Lesotho, in 2013. Sentebale helps the most vulnerable children in Lesotho, and works with local grassroots organizations to help victims of extreme poverty and Lesotho’s HIV/AIDS epidemic. (Chris Jackson/Getty Images) 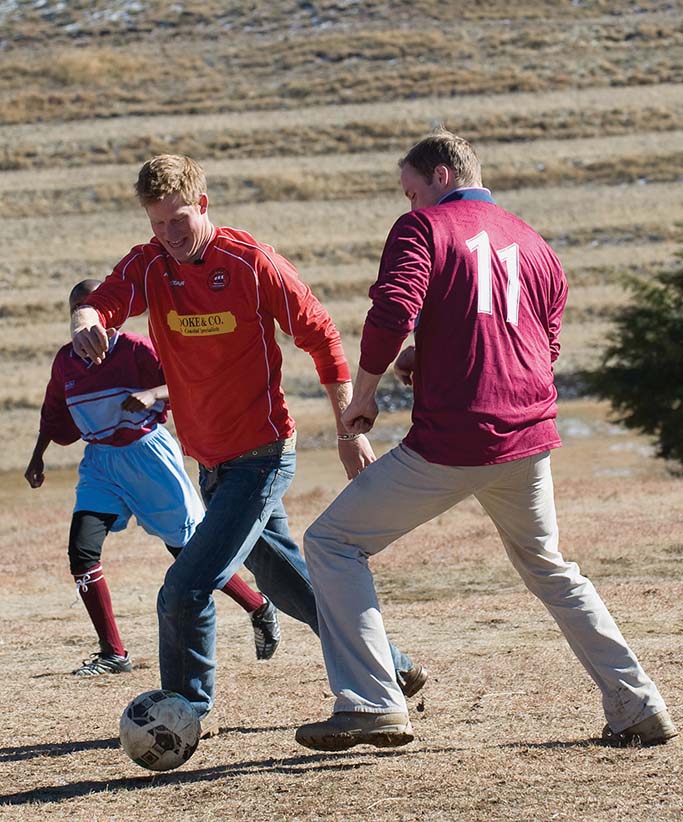 Princes Harry and William play football with children during a visit to the Semongkong Children’s Centre in Semongkong, Lesotho, in 2010. (Samir Hussein/wireimage/getty images) 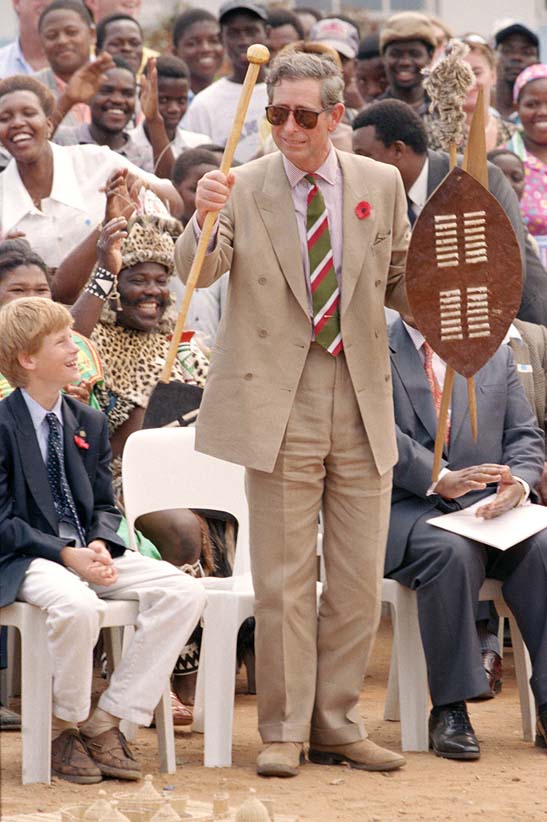 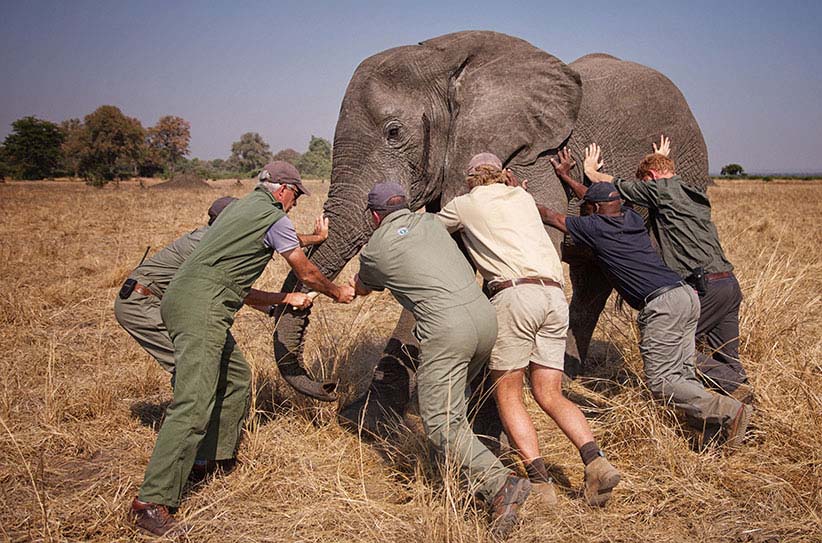 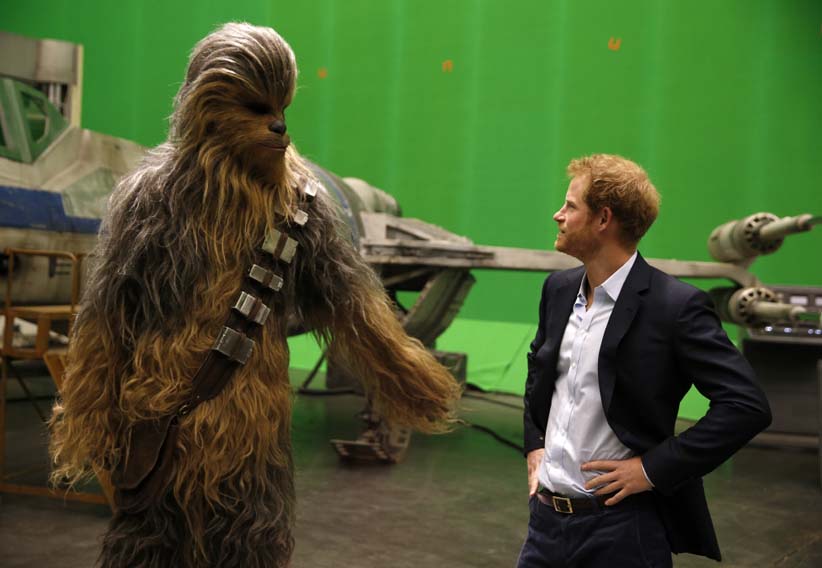 Prince Harry meets Star Wars character (and fellow ginger) Chewbacca during a visit to the set at Pinewood studios in England in 2016. (Adrian Dennis/Getty Images)