Scenes from the Six: Raptors fans take on Toronto

It was a historic win and Toronto was ready for it. Thousands of people flooded the streets of the ‘Six’ to watch, then scream, chant and march with joy after the Raptors won the NBA Championship. It was a sight to behold. Here are some scenes of jubilance from Jurassic Park Toronto and downtown. 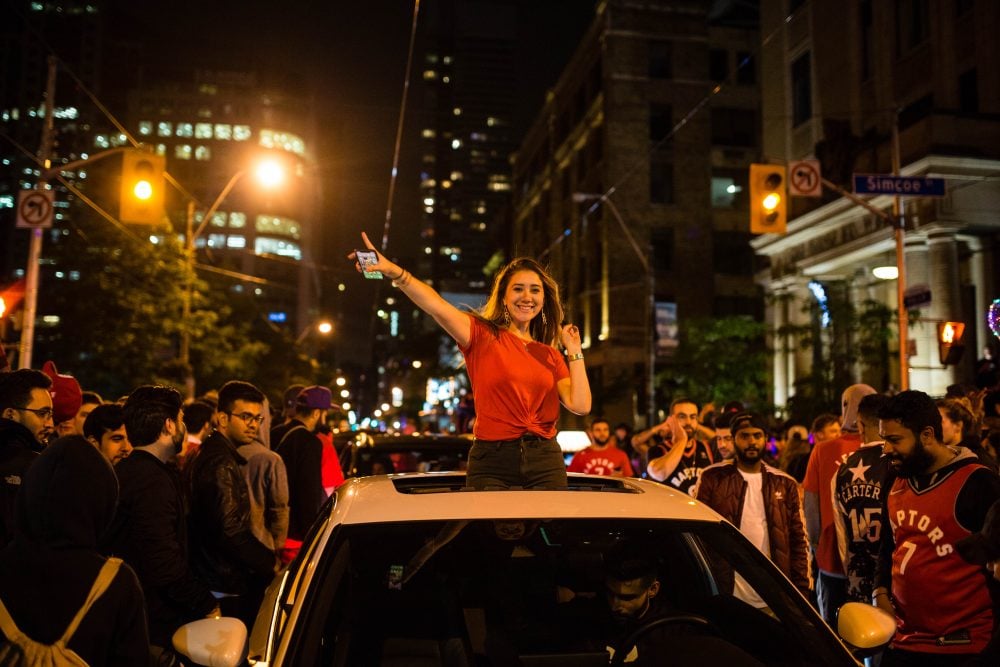