Survivors return to Auschwitz on the 70th anniversary of liberation

Leaders from Europe and beyond gathered in Poland with some 300 survivors to mourn and commemorate the 70th anniversary of the Nazi death camp’s liberation by Soviet troops. Below, we’ve gathered some of the most moving shots from an emotional day. 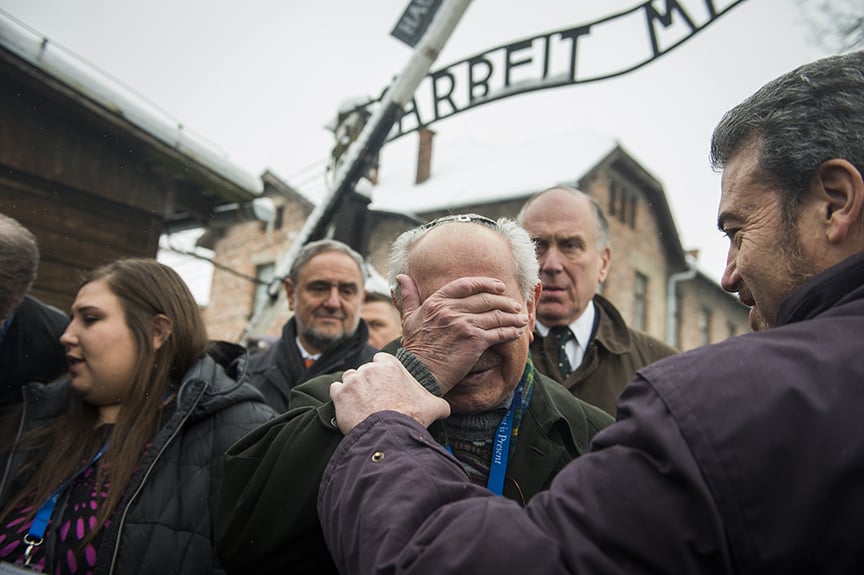 Holocaust survivor Mordechai Ronen (centre) from the U.S. is overcome by emotion standing next to World Jewish Congress President Ronald Lauder (second from right) as he arrives at the former Auschwitz concentration camp in Ou015bwiu0119cim, Poland, on Monday. Ronen, who was 11 when he arrived at the Nazi death camp, lost his mother and sister there. Survivors and heads of state will attend a ceremony marking the 70th anniversary of the liberation of the camp by Soviet troops on Jan. 27, 1945. (Odd Andersen/AFP/Getty Images)