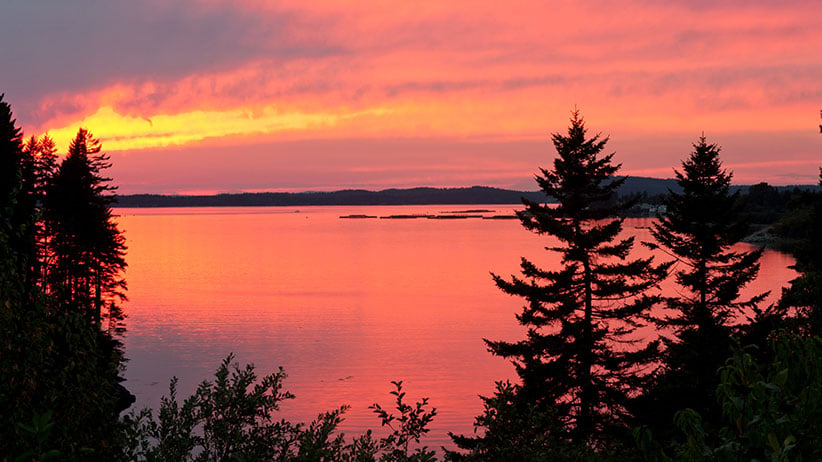 For our August photo contest, we asked photographers to capture the best of the Canadian sky. Here are the top 10 submissions, including the readers’ choice photo, which was voted the most popular on Facebook, and the editor’s choice photo, which we at Maclean’s were most excited about. 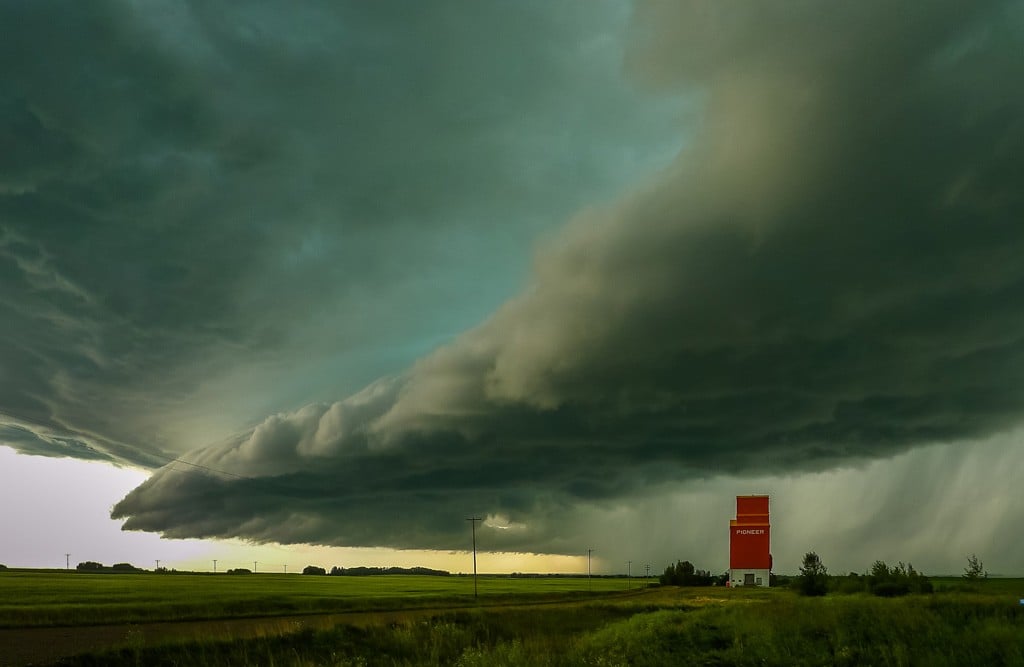 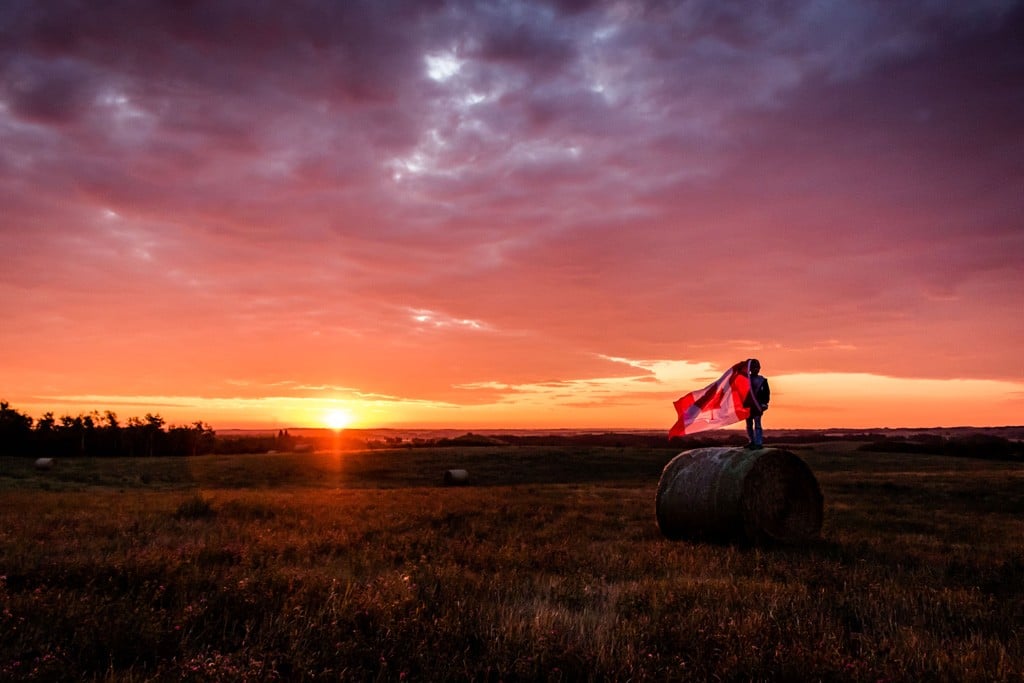 This photo was taken in August 2017 on our family farm near Pine Lake, AB. I have been thinking about what kind of Canadian photo I wanted to take all summer and with the sunrise getting a bit later in August, this morning was perfect. My oldest son helped me with this vision and he was so patient as we waited for the wind to blow the flag. This photo symbolized so much from growing up on a farm and now having my kids experience a piece of that. The sunrise with the promise of a new day and harvest time bringing in the hay. Proud to be Canadian!

Your September assignment: Outdoor adventure
With a camera and camouflage, you might crawl into a tree fort or capture a game of Capture the Flag. Your escapade needn’t be sign-a-waiver cliff jumping or parasailing, but rather perhaps a hunt at a yard sale, or an encounter with a racoon at the compost bin. School field trips might add adventure, or you might simply find a neighbour singing in the lane.