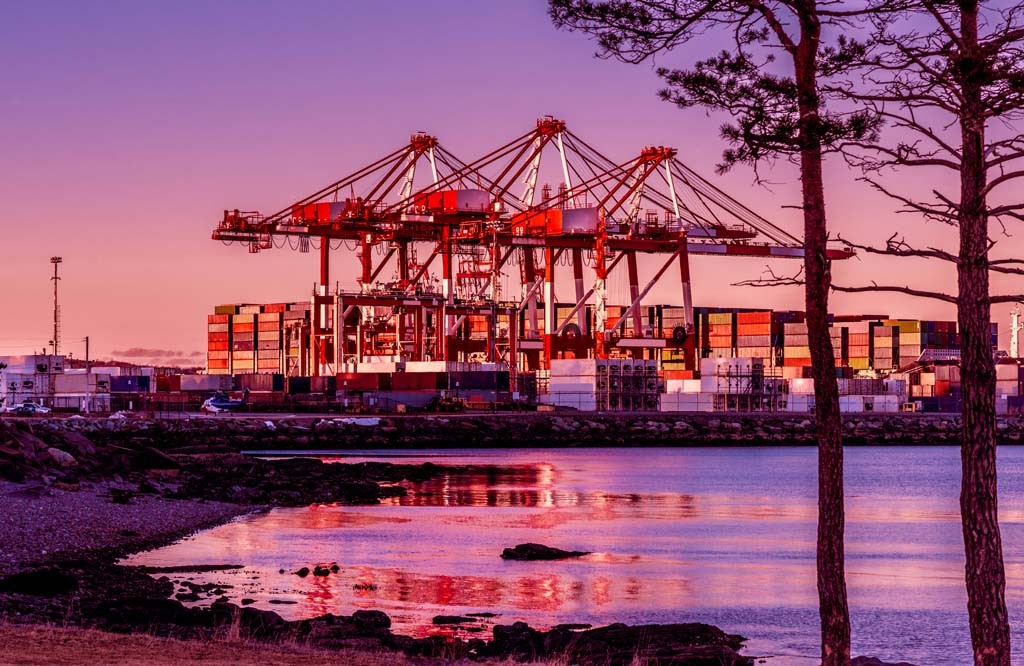 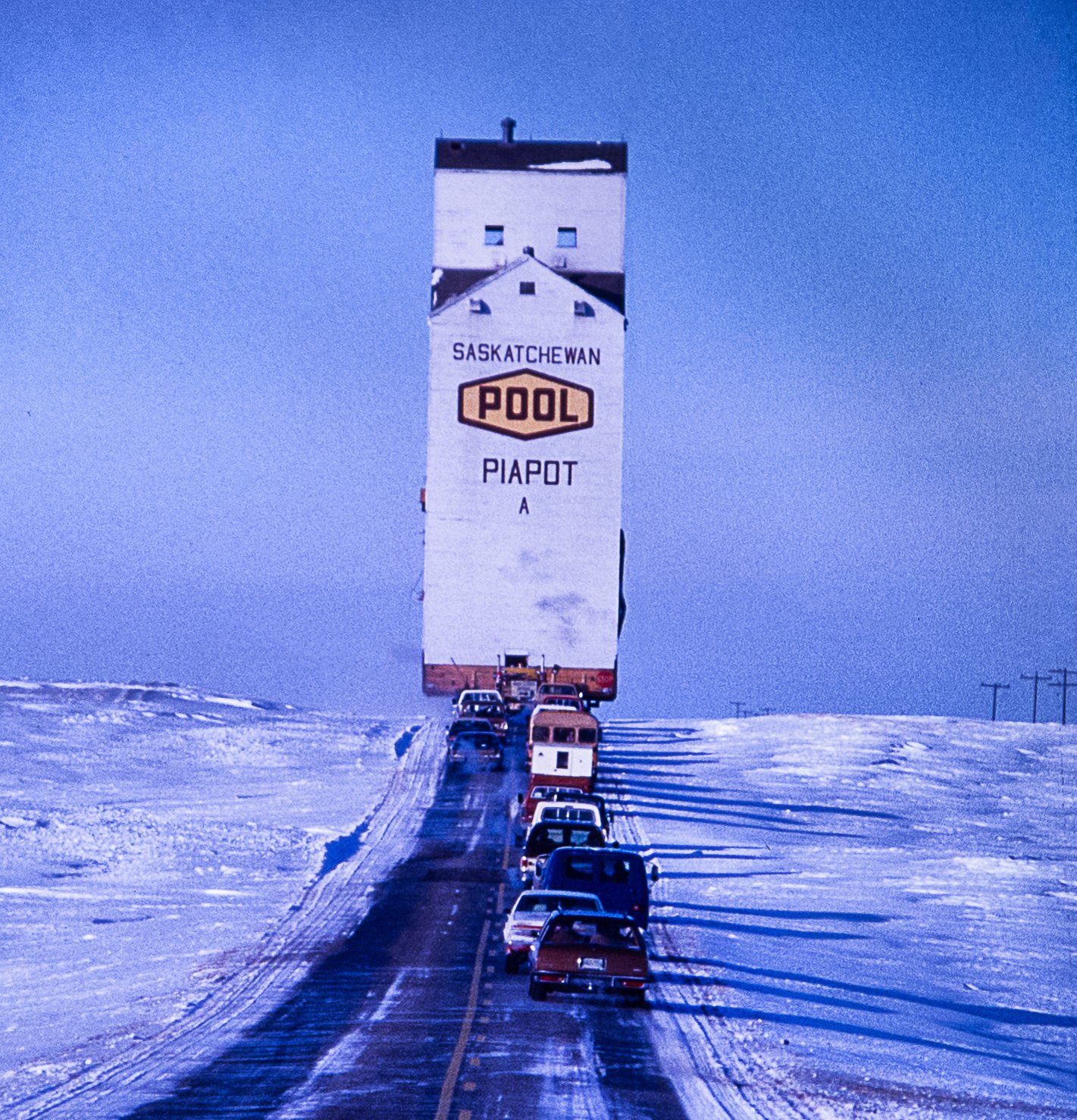 I took these photos in January, 1979. On a road trip in southwestern Saskatchewan (on highway 21 between Maple Creek and Fox Valley) I came across this unusual scene. Once an icon of the prairie, the grain elevator has nearly been eliminated, but seeing one being moved on a very cold day in winter will not likely happen again. It was a bitterly cold minus 30, just as an aside. 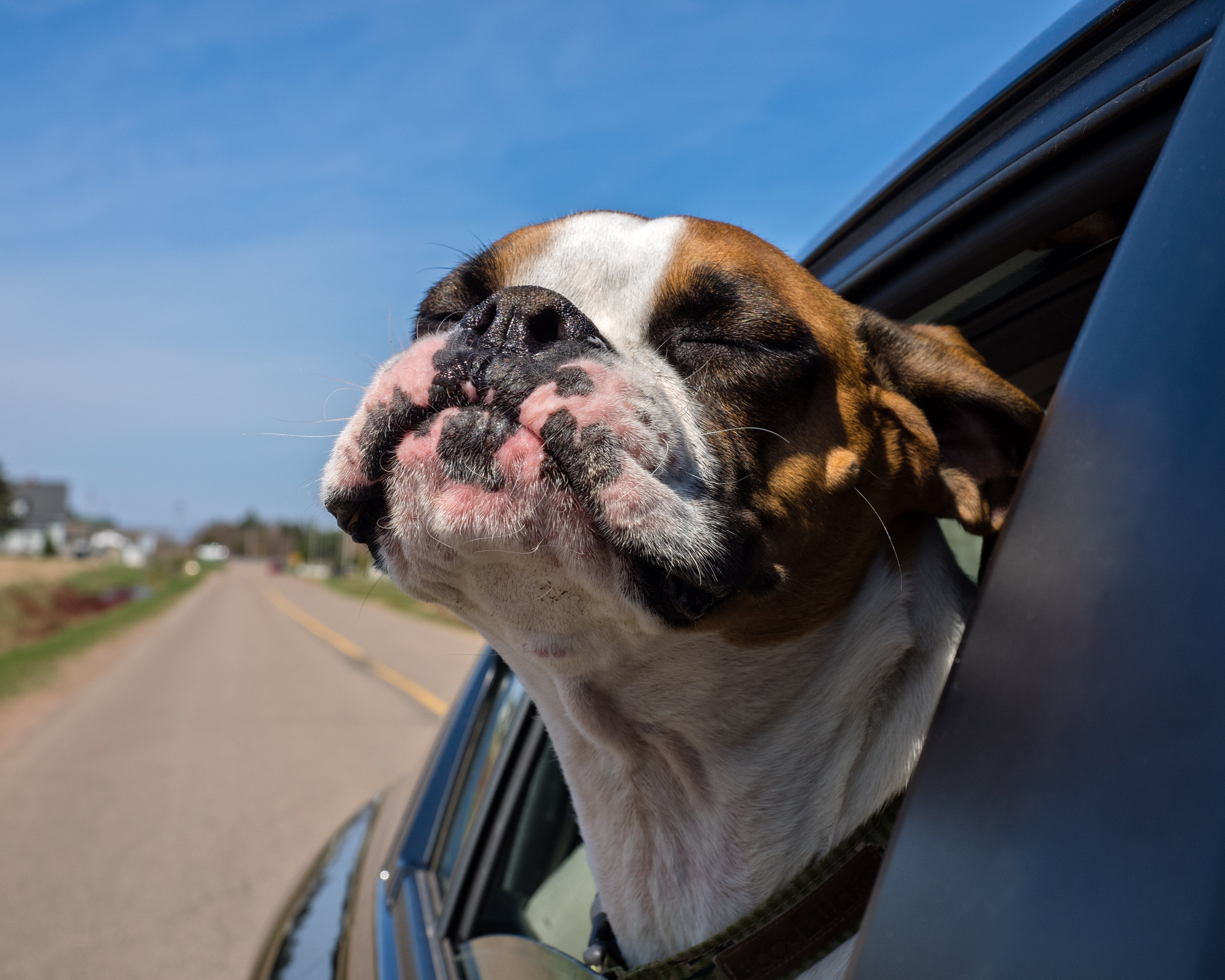 The photo was taken in Miscouche PEI. We often grab a few snacks, the camera and the dog and go for little “road trips” on PEI. I wanted to capture a picture of our dog Ginger with her head out the window so we chose a quiet road where we could drive slowly to keep both Ginger and myself safe (I was also hanging out the window to compose the shot) and not annoy other drivers. The end result captured the fun we had on a beautiful spring day.

Your July assignment: Canadian colours
For the sake of tints and shades, photograph something you might otherwise not—a hazel eye, pale ale or dark roast. Notice a Dijon-yellow, shrimp-pink or cheek-rose, or the national hues of the Blue Jays or Red Green Show. Pay attention to contrast—black flies above white caps, or a Golden Retriever in a bog.