For our February photo contest, we asked photographers to brings out the best in their dearest Canadian. Here are the top 10 submissions, including the readers’ choice photo, which was voted the most popular on Facebook, and the editor’s choice photo, which we at Maclean’s were most excited about. 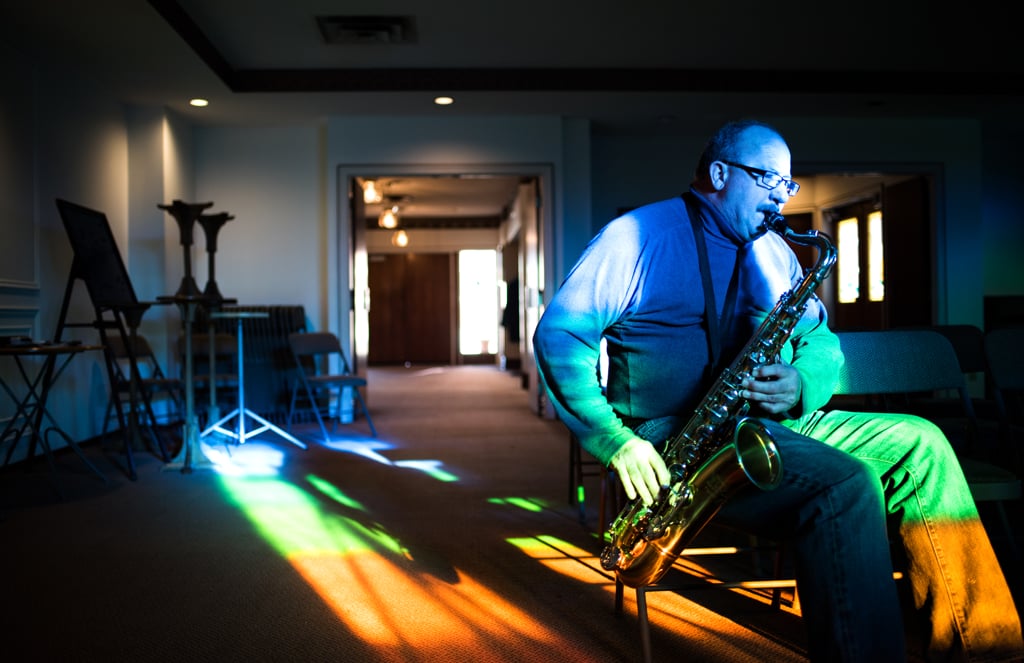 The image of my dad playing saxophone was taken on a quiet Sunday at the funeral home in what we call the ÒAÓ room. It is our main chapel for funerals that are held at the funeral home and not a church.The colours that cascade over him are from one of four multi coloured stain glass windows throughout ÒAÓ room, its the best spot to sit, the combination of the warm sun and colour. (Photograph by Isaac Paul) 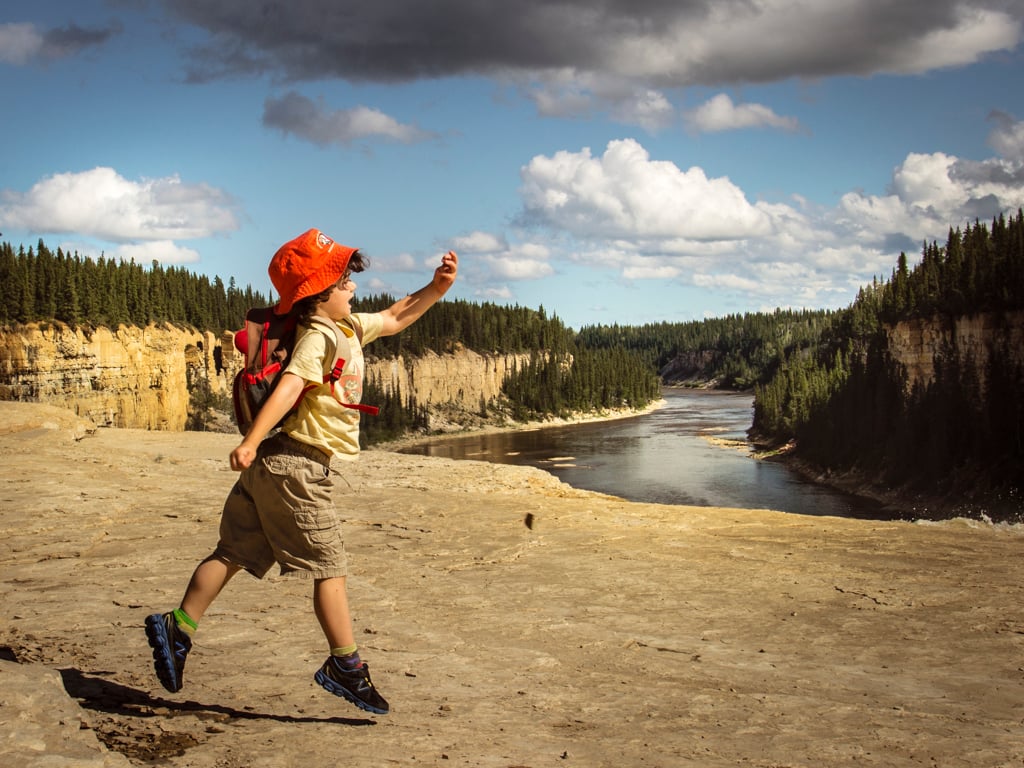 My grandson Declan and his family moved to Hay River in the Northwest Territories for a job opportunity. My husband and I (who live outside of Ottawa) took the opportunity to go visit them in August one year as a way to learn more about what they were experiencing in Canada’s North as well as see more of the area ourselves.
This particular photo was taken at the top of the Alexandra falls as Declan was skipping and throwing stones. I caught him with both feet slightly off the ground in a typical Declan gesture. (Sherry Galey)

We aren’t picky. From a portrait of a cook to a scene at a potluck, from celery to cutlery, we welcome all photos related to this glorious word. Don’t forget markets, bakeries, farms—feel free to get outside your kitchen zone.

Contest closes December 31, 2017 at 11:59 pm ET. Open to Canadian residents (excluding Quebec), over age of majority.  Contest consists of 12 individual monthly entry periods. Two winners will be determined per monthly entry period, based on the application of judging criteria and a public voting process. Each prize consists of $250. Odds of winning depend on the number of eligible entries received per monthly entry period, on the application of judging criteria, and on the number of eligible votes received by each entry that is short-listed by the judges. Math question must be correctly answered to win.  Details and full contest rules available at macleans.ca/photo-contest-rules