The year in awkward, inappropriate and plain odd selfies 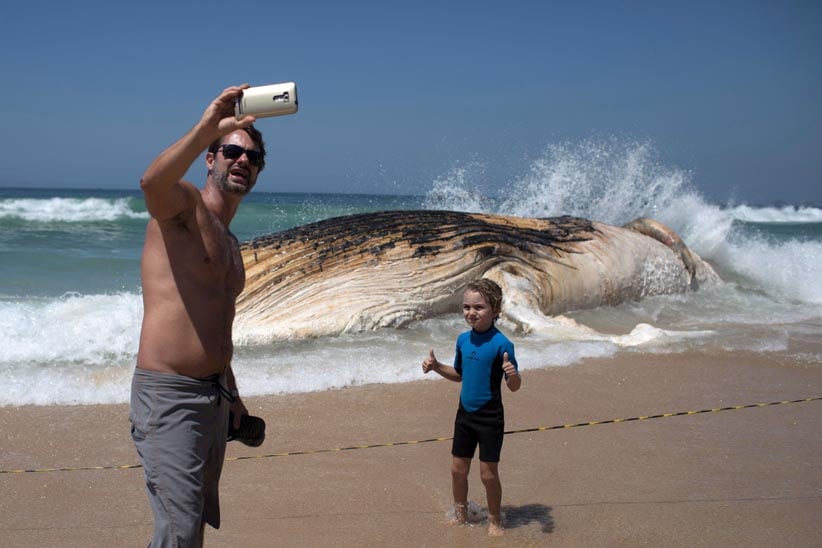 A man takes a selfie in front of a 12 meters whale that was found dead at Ipanema beach in Rio de Janeiro, Brazil. (Leo Correa/AFP/Getty Images). Read about why so many right whales have died in the Gulf of St. Lawrence. 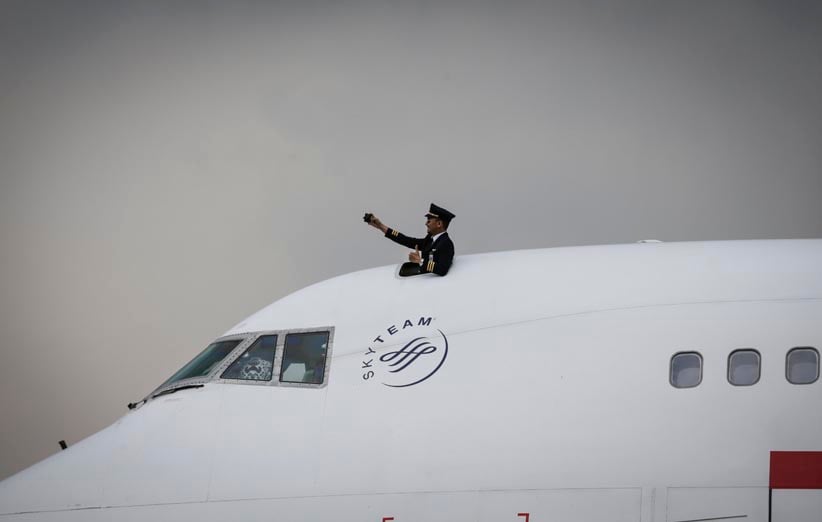 A Garuda Indonesia’s pilot takes a selfie on the cockpit of the Boeing 747-400 during a ceremony on the tarmac of GMF AeroAsia at Soekarno-Hatta international airport in Tangerang, Indonesia. (Mast Irham/EPA). From the archives, read about the cockpit crisis that has led to so many loss-of-control accidents in recent years. 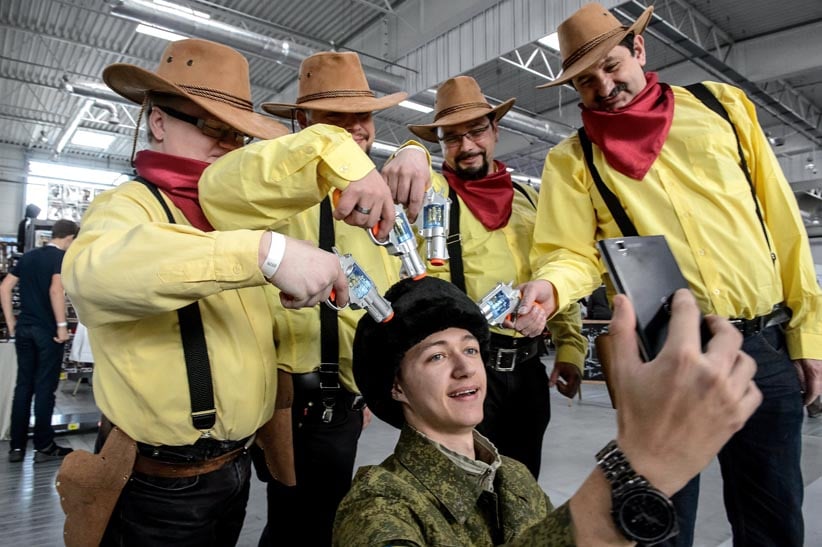 Participants dressed in science-fiction costumes pose for a selfie during the 18th Falcon Fantasy Festival in Lublin, Poland. The Falcon is an interdisciplinary event dedicated to the culture inspired by science-fiction. (Wojciech Pacewicz/EPA)

MORE: The strangest selfies of 2016 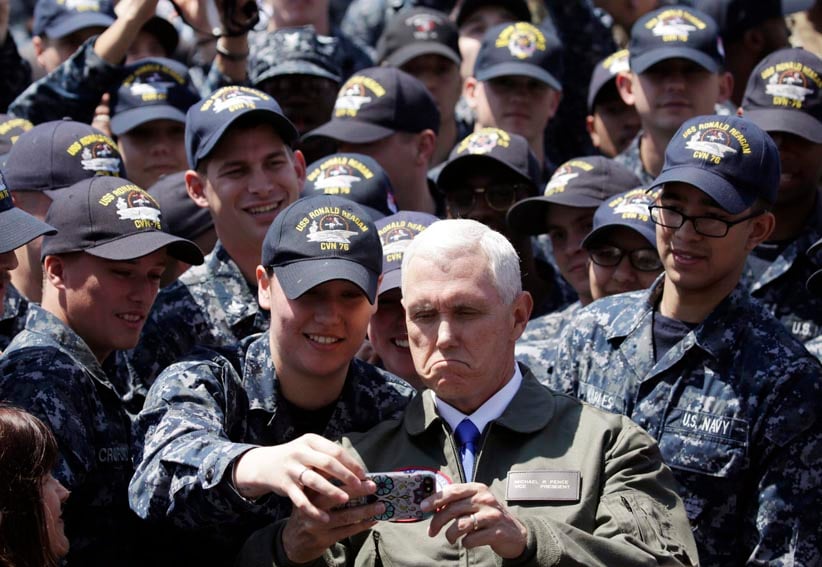 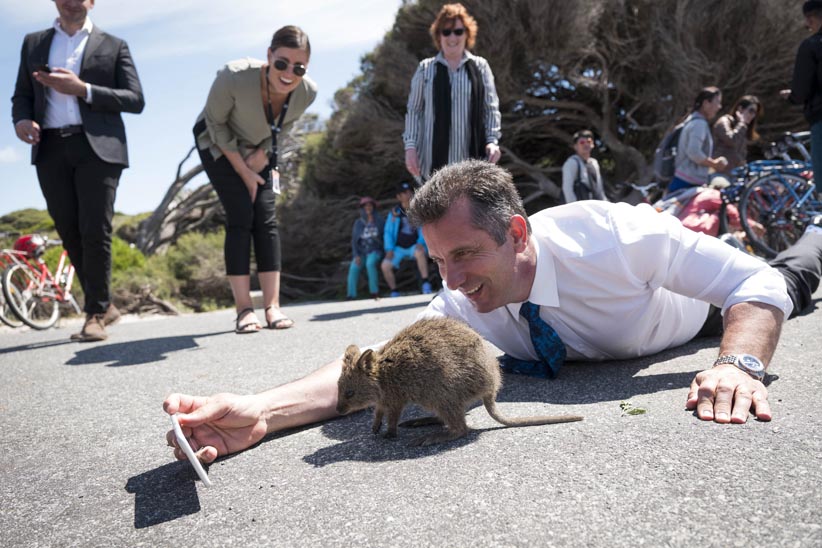 Western Australian Minister for tourism, Paul Papalia, tries to get a selfie with a quokka during a visit to the holiday island, Rottnest off the West Australian Coast. Minister for Tourism Paul Papalia is touring the island to announce a range of measures to attract tourists. (Tony McDonough/EPA/CP) 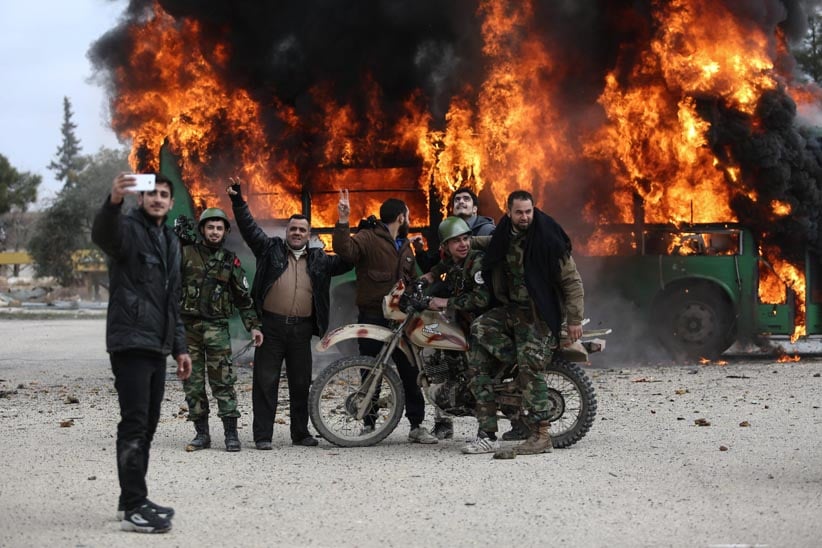 Cadets, trainers, and members of the military council takes a selfie with an empty exploded bus used by the government to transfer fighters to Idlib during a training drill, in Jaysh al-Islam Military Academy, in an undisclosed location, rebel-held Eastern Ghouta, outskirts of Damascus, Syria. (Mohammed Badra/EPA/CP). From April, read why our day of reckoning is coming for Syria. 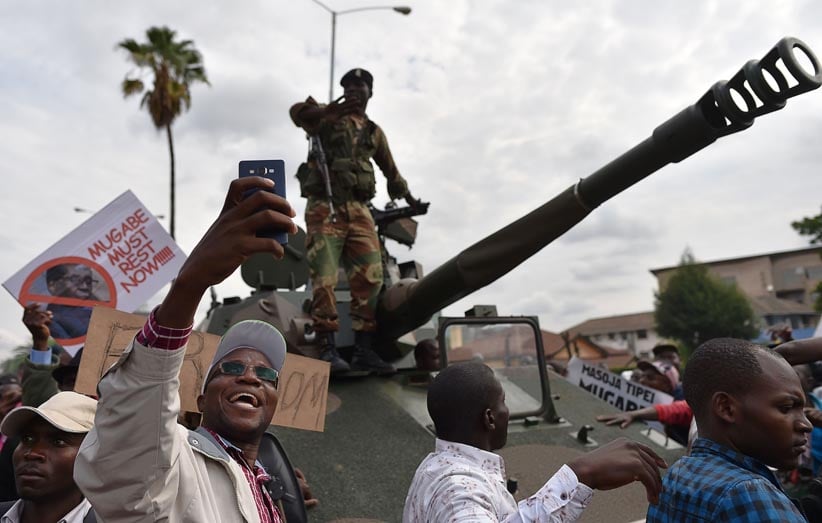 A man takes a selfie-picture of a Zimbabwean Defence Force soldier standing on a tank during a march in the streets of Harareto demand to the 93 year-old Zimbabwe’s president to step down. (AFP/Getty Images). The first post-Mugabe elections are set for 2018. Read about other big events to watch for in the year ahead. 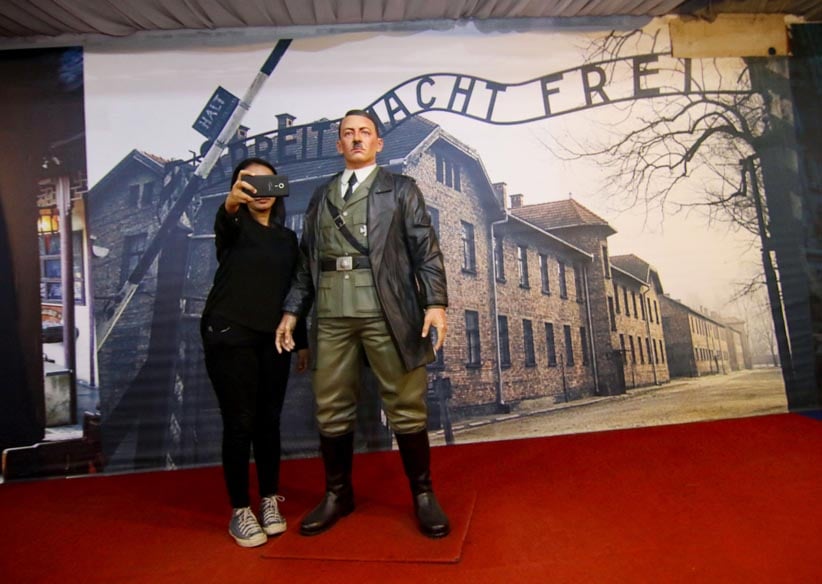 An Indonesian woman takes a selfie with a life-size wax sculpture of Adolf Hitler at a museum in Yogyakarta, an Indonesian museum that allowed visitors to take selfies with a life-size wax sculpture of Hitler against a backdrop of Auschwitz concentration camp has removed the exhibit following international outrage. (Henryanto/AFP/Getty Images) Read: Why do tourists treat Nazi death camps like Disneyland? 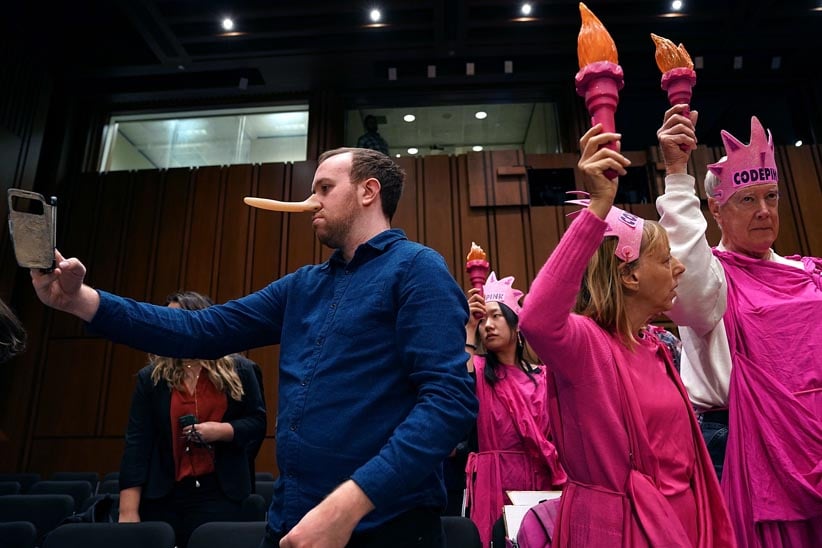 Oliver Mintz-Lowe (L) takes a ‘selfie’ while protesting with members of Code Pink for Peace before the start of a hearing where U.S. Attorney General Jeff Sessions will testify to the Senate Judiciary Committee in the Hart Senate Office Building on Capitol Hill. (Chip Somodevilla/Getty Images). See this photo essay from the Women’s March in Washington: Why they marched. 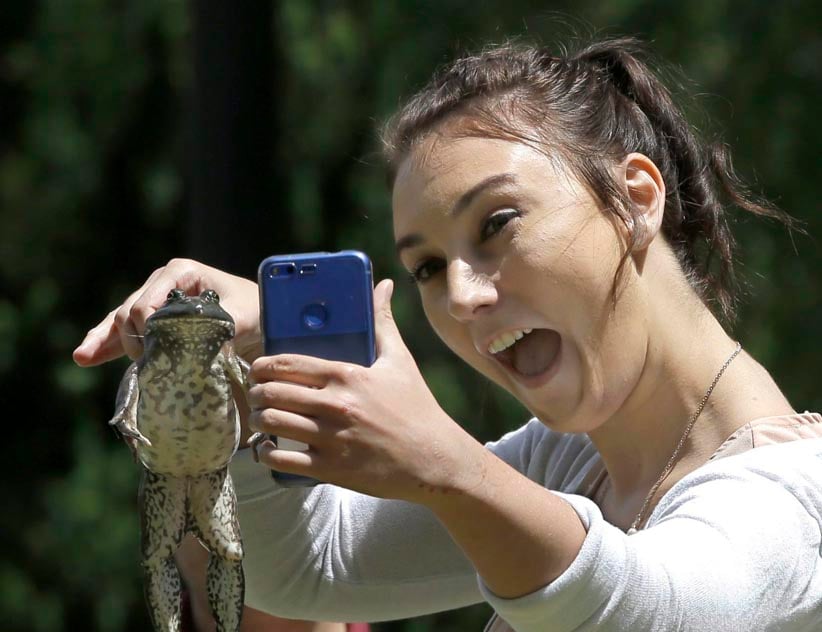 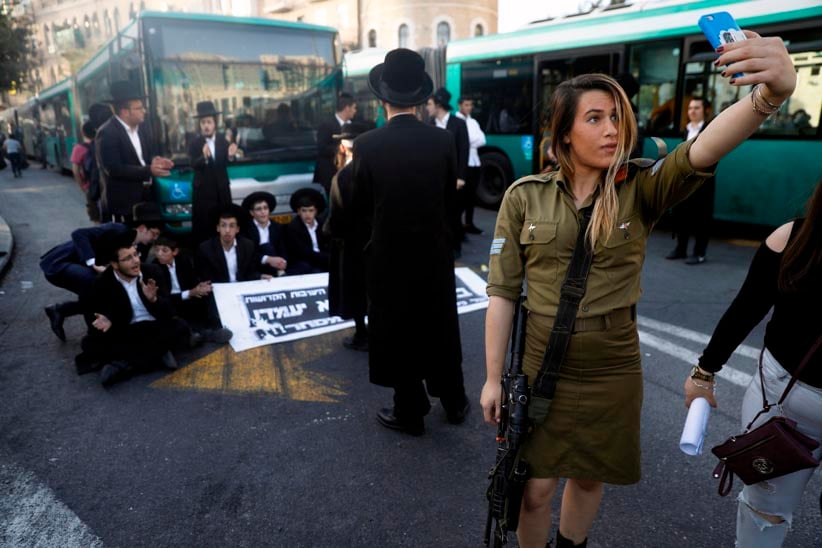 A female Israeli soldier takes a selfie photograph with ultra-Orthodox Jewish demonstrators in the background who are impeding traffic by blocking a bus as they protest against Israeli army conscription in the centre of Jerusalem. (Menahem Kahana/AFP/Getty Images) 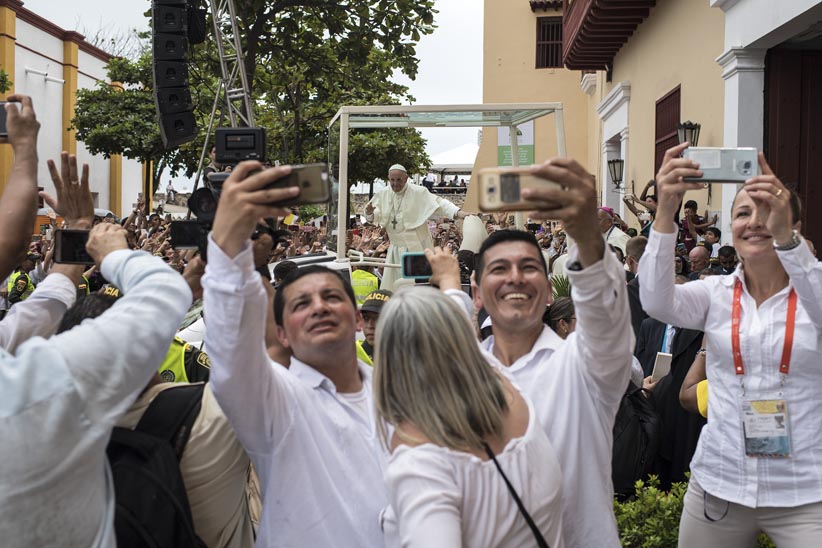 Rather than watch the scene with their own eyes, Colombian faithful take selfies as Pope Francis leaves San Pedro Claver church in Cartagena, Colombia. (Pedro Ugarte/AFP/Getty Images) Read: Why 2018 will be the year of the polarized church 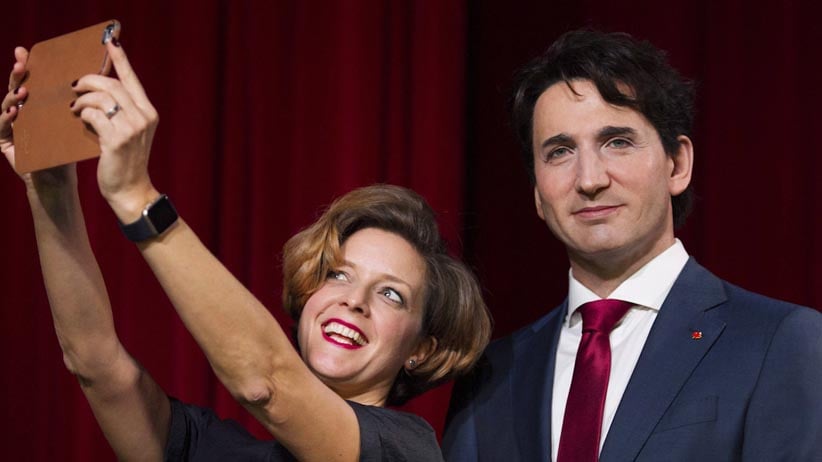 Grevin Montreal museum Managing Director Kathleen Payette poses for a selfie next to a wax sculpture of Prime Minister Justin Trudeau during a ceremony at the museum in Montreal. (Graham Hughes/CP) Read about the mid-life crisis faced by Justin Trudeau’s government. 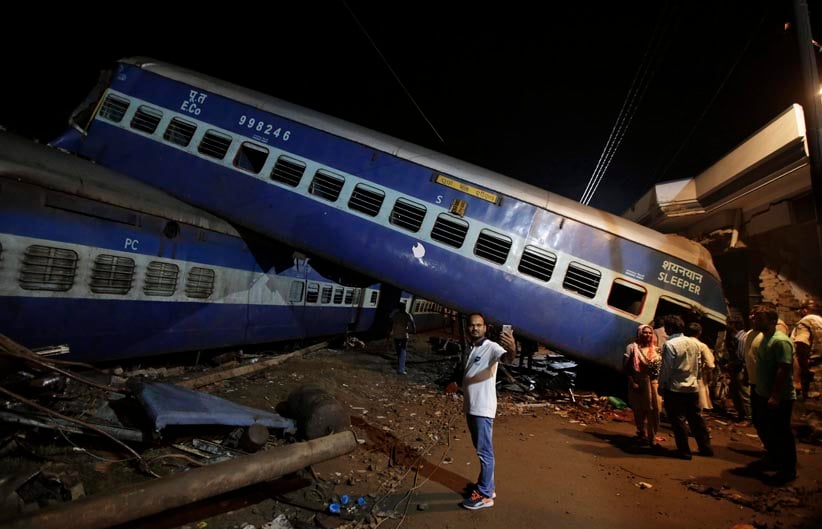 A man takes a selfie near the upturned coaches of the Kalinga-Utkal Express after a fatal crash near Khatauli, in the northern Indian state of Uttar Pradesh, India.. (Altaf Qadri/AP)