Toronto ComiCon 2016: Where the surreal and real collide

Spiderman in line for the washroom. Kylo Ren, menacing a meeting room. It's a different kind of world inside Toronto ComiCon.

It is, for the thousands of fanatics who go every year, church: Toronto ComiCon, a three-day festival of geek culture, workshops, and celebrity appearances, becomes a kind of cathedral for a weekend Mass. And just as church has its rituals, so too do these ComiCons—specifically, in the attendees’ elaborate costumes, the painstakingly crafted monuments to their favourite characters. As the convention winds down, here’s a look at some of the fans who put on their Sunday best. 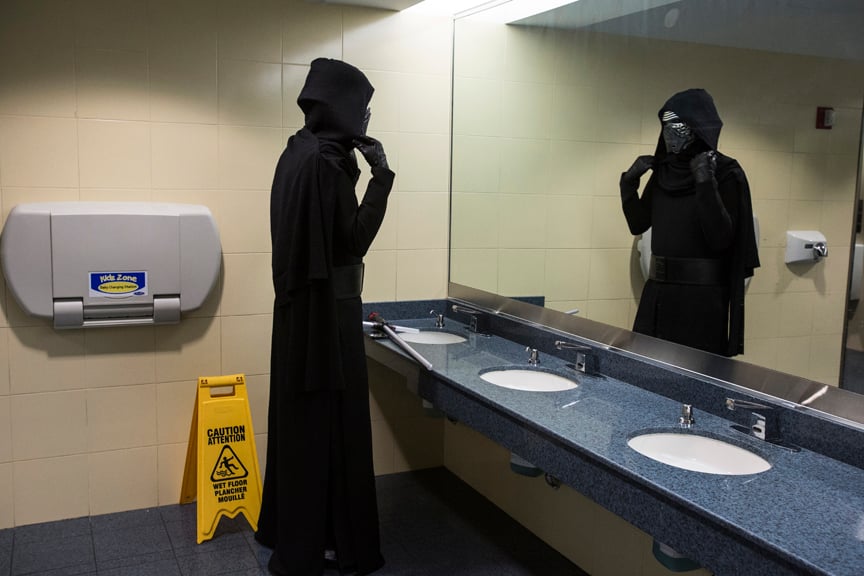